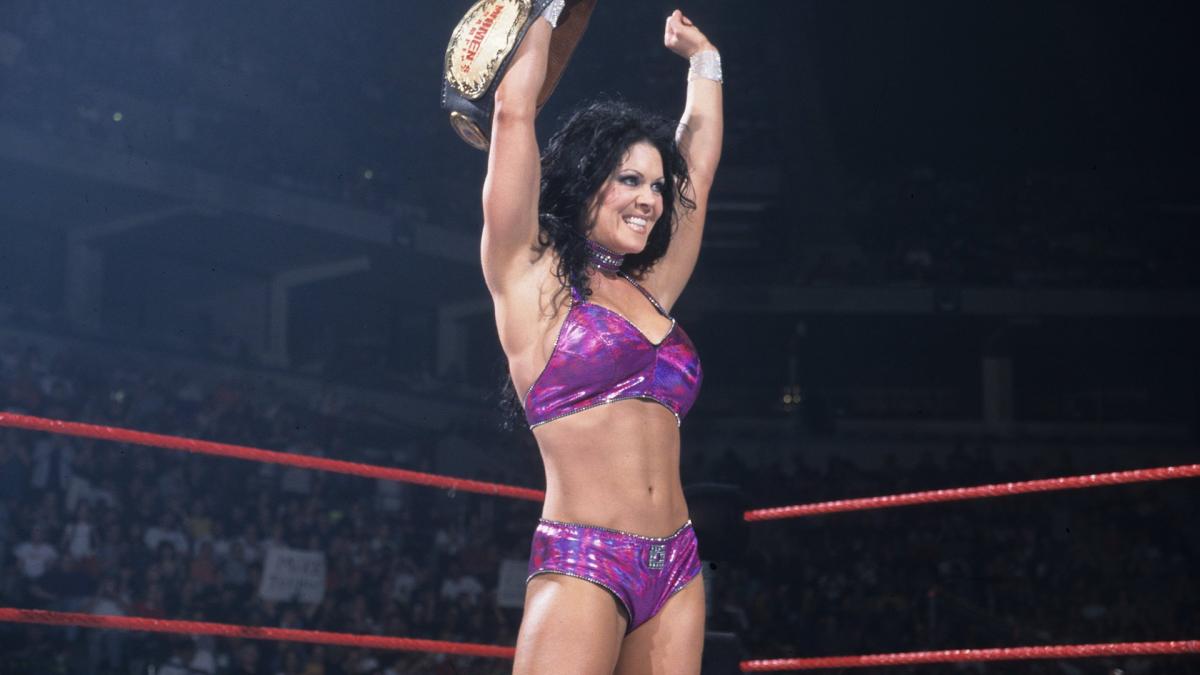 The first ever WWE pay-per-view exclusively featuring women, Evolution, is drawing closer. As it does, the event is slowly starting to take shape.

Fans are already aware that the past will meet the future on that night as Trish Stratus battles Alexa Bliss. In other action, Lita will face Mickie James plus the finals of the second annual Mae Young Classic will take place.

There will be much more action inside the Nassau Coliseum but a valid argument can easily be made that the event must include something to honor the late Chyna. Is women’s wrestling in WWE where it is today without her efforts?

According to Chyna’s manager, Rob Potylo, the “Ninth Wonder of the World” should be honored at the upcoming Evolution event.

Because of choices she made following her WWE career, Chyna’s name was long considered a “dirty word” within the company. However, it seems it may have softened that stance since Chyna’s unfortunate passing in April 2016 at just 46 years old.

Many of her fans hope that Chyna will someday gain entry into the WWE Hall of Fame, but being honored at Evolution would have to rank right up there.

Chyna accomplished things that no woman before her had done and to this day, some of those accomplishments have not been matched by a female competitor, most notably, becoming WWE Intercontinental champion. She won that title twice while also having a solid reign as WWE Women’s champion.

It's okay to talk about Chyna!

There seems to be a taboo amongst wrestlers to tweet anything about our hero, or even mention her name or impact!

She is perhaps best remembered for being a part of the original D-Generation X along with Triple H and Shawn Michaels. She also spent time in an on-screen partnership with Eddy Guerrero which produced some terrific moments and memories.

Chyna’s career can absolutely not be forgotten and though any awards or honors would now be done posthumously, they are still well deserved and would be well received by a legion of fans who greatly appreciated her contributions to the business.