UND Unveils New Mascot - Will It Be Fitted with Skates? 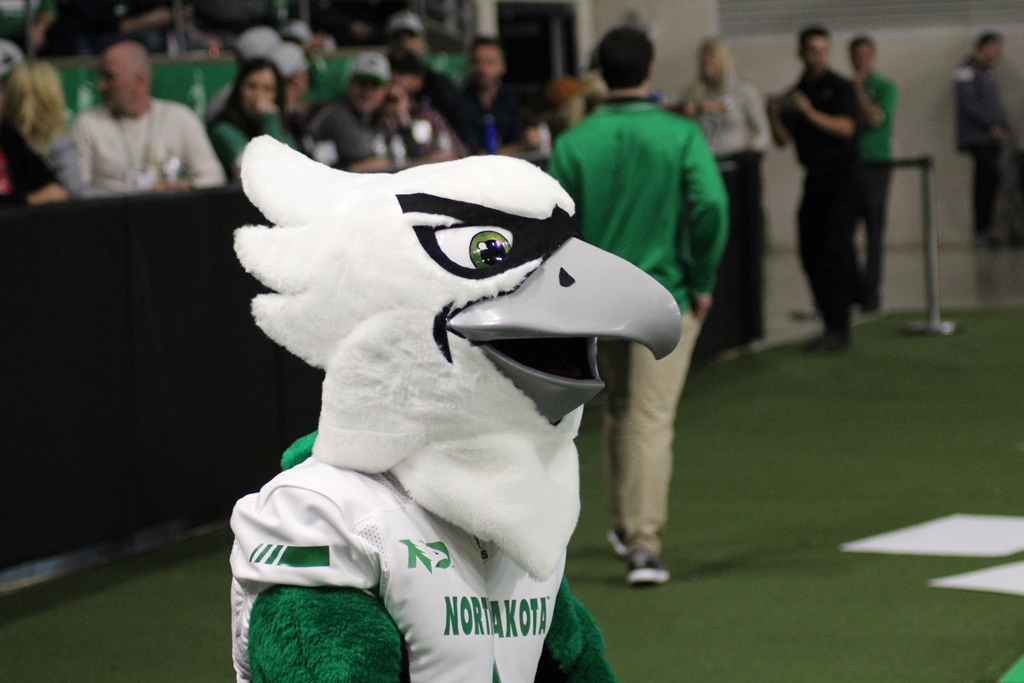 UND Unveils New Mascot - Will It Be Fitted with Skates?

The new mascot made its first public appearance on the back of a side-by-side ATV driven by Erik Martinson, Assistant Athletics Director for Operations.

My first impression, not bad. The new mascot actually exceeded my expectations. Many of you hate it. Before you dismiss the new mascot. Ponder this. You might not be the intended audience. For the most part, team mascots are for the children.

Last night, I posted this on my Facebook page. New mascot, go.

The nameless mascot was a big hit with the kids. pic.twitter.com/yfjvsV6AuQ

Many UND fans hate the Fighting Hawks nickname and logo. Now the mascot is in the crosshairs. Upon posting a picture of the new mascot, I received some interesting responses. So did Brad Schlossman. Check out the tweets he received.

Like it or not, UND is going to market the new nickname. The University desperately needs to sell sports apparel. Selling more jerseys and t-shirts with the Fighting Hawks logo affects the university’s bottom line. During the calendar year of 2018-19, the Hawks logo and mascot will be center stage. Whether it makes an appearance at the Ralph or not is another thing. Stay tuned.

Imagine if the top drawing team on campus fully embraced the Fighting Hawks logo, apparel would fly off the shelf. Just something to think about.