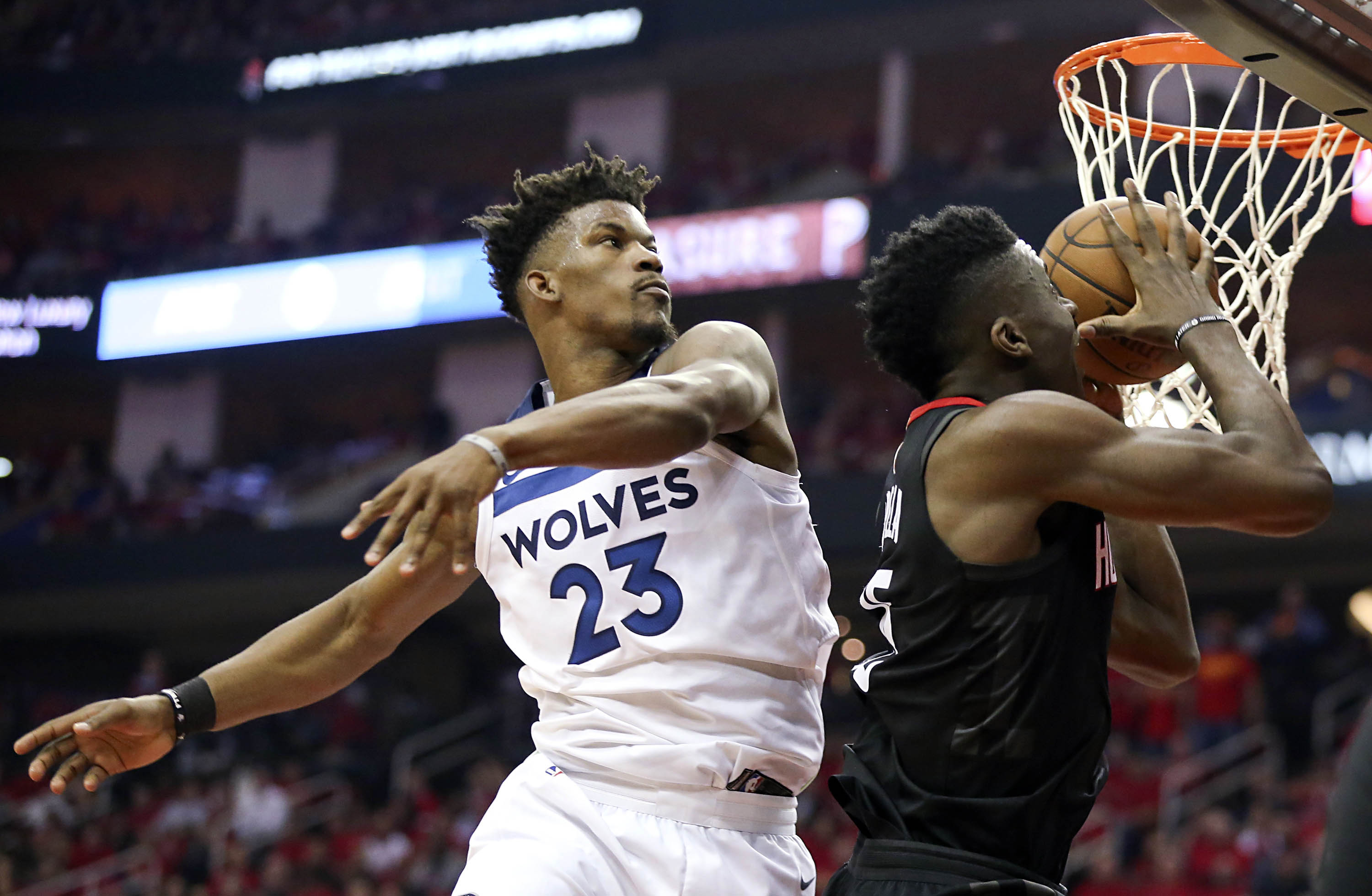 Have you checked your Twitter feed lately? Chances are if you’re reading this, ESPN’s Adrian Wojnarowski or The Athletic‘s Shams Charania just broke the Jimmy Butler blockbuster. Have no fear though: You’ll get the big scoop as soon as you finish up with this article. But only if you read every last word…

With all due respect to any/all diehard fans of the Detroit Pistons, New York Knicks, Portland Trail Blazers or Sacramento Kings hoping to score Jimmy Buckets before the season tips off, I’d sooner die of sleep deprivation than come up with a decent trade that actually makes any sense for both sides.

No further ado: Here are six deals that could potentially satisfy both parties.

Carroll is coming off a career year and would fit well at both forward positions and Crabbe would provide quality minutes at shooting guard. The Timberwolves net two solid rotation players whose deals expire in the summer of 2020. Meanwhile, the Nets wouldn’t be dipping into or sharing their not-so-secret stash of young upstarts. Both New York teams have made it clear they have no intention of searching for shortcuts. It’s a new day.

Like Crabbe and Carroll, Thompson and Smith would provide help in areas that the Timberwolves would otherwise be lacking. Thompson is the type of defensive big who’d pair well with Karl-Anthony Towns and Smith, despite his finals snafu, is still a serviceable 3-and-D wing who would space the floor in a low-usage role, effectively opening things up for Andrew Wiggins. Tom Thibodeau still wants Minnesota to be able to compete for a playoff spot in 2019. Cleveland wants to remain relevant despite the departure of LeBron James. I want free Chipotle for life. Will any of us fish our wish?

Houston Rockets: Eric Gordon, P.J. Tucker and a first round pick for Butler

On paper Gordon and Tucker is definitely a better return than the two aforementioned deals. Houston’s pick isn’t as appealing (obviously), but if Thibodeau has sway, this would be the frontrunner among these first three fake trades. Gordon could either continue to come off the bench (and he’d project as a fine fit next to Tyus Jones), or Eric could slide in at shooting guard, pushing Wiggins to small forward and forcing Tucker to fight with Taj Gibson for the other starting frontcourt spot alongside KAT.

You can’t spell leverage without Lee Jenkins. Okay, technically that’s not true. But so what? Harris is a very good player entering the prime of his career. What are the odds that Minnesota actually nets a player of his caliber or better in exchange for Butler? If Towns ever delivers on the defensive potential he showcased at Kentucky and Wiggins eventually breaks out, a small-ball frontcourt of A&W, Tobias and KAT at 3-4-5 is intriguing.

It’s highly doubtful the Johnson brothers (from other mothers) and a first round pick would be enough to nab Butler. But I don’t think Miami should mortgage its future, particularly Josh Richardson and Bam Adebayo.

I’m biased because I value versatile defenders who can shoot the three, but this is perhaps the best offer of the six, even if Chandler’s days are numbered.  It’s rivaled closely by the (made-up) Clippers and Rockets packages, and reasonable minds can (and should) disagree about the order of preference. Coming from someone who has caped for Covington every day of the week (twice on Sundays) — and believes Brett Brown should’ve let him play through his playoff woes — it’d be silly for the Sixers to pass on acquiring a star on Butler’s level.