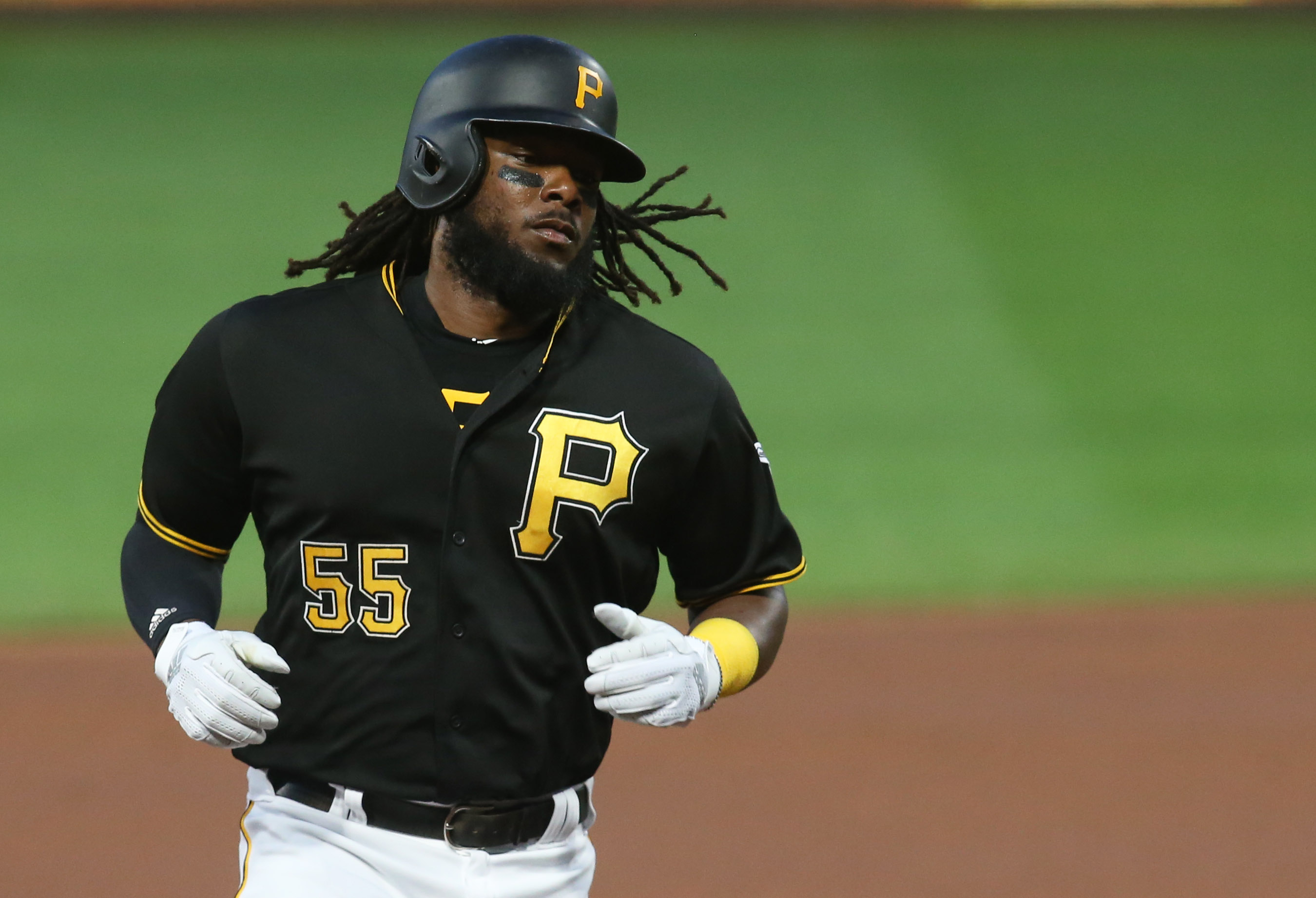 A year ago, Pirates first baseman Josh Bell hit for power, and their were lofty expectations to uphold given his pedigree, especially as a draft prospect.  While he has improved some, he has still not progressed and developed as hoped.

As a rookie in 2917 (only qualifying by two at bats from the previous season), Bell slugged .466 with 26 home runs and 90 RBIs.  By traditional metrics, perhaps Bell was developing into the middle of the order bat the Pirates desperately need.

But the trade-off occurred in terms of on-base, as Bell reached only .334 clip compared to the .368 in 2016 and the .382 in Triple-A.  He ended the season with a .338 wOBA and 109 wRC+ (juiced ball and more power over all in the league).  The hope entering 2018 was that Bell would blend the power and on-base skills and be an all around contributor to the offense.

So Bell has improved by five percent offensively this year (accounting for league changes), it just doesn’t feel like it.  Looking at Bell’s 15 game rolling wOBA (entering Sunday) illustrates why:

But while the bat has improved marginally, his defense has marginally gotten worse.  According to Baseball Prospectus’ measurement of fielding runs, Bell has gone from -6.5 to -8.8, a two run loss.  Add this up, and Bell has gone from a 1.3 win player to a projected 1.5 (currently at 1.4 with a rest of season 0.1 projection) according to Baseball Prospectus.  That’s the same value as a player.  A win and half year player, and that’s what PECOTA projected him as entering the year as well.

As a prospect, most recently in 2017 because of failure to lose prospect status, Bell received a 55 future value grade.  A 55 translates to an above average player, or around a 2.5 win player.  Bell has not liven up to that status yet, accumulating just 3.0 wins in his career (345 games).

That is where the disappointments have come.  Bell should be a better player given his pedigree and scouting reports, it just hasn’t translated over yet, and part of that is on the defensive ability that he has shown over at first.

Bell won’t produce a 143 wRC+ in 2019, but this second half of a .400 OBP/.480 slugging could hopefully be the building block of the combination of the skill sets, and maybe being a 120 wRC+ player in 2019.  The defensive struggles remain a concern, however, and the rest of the team does no help there at the team level.  But hopefully, the age 26 season will be the showcase of Bell’s talents to at contribute at a level a 55 future value prospect is supposed to produce at.