Your Morning Dump... WHERE BASKETBALL IS BACK!! 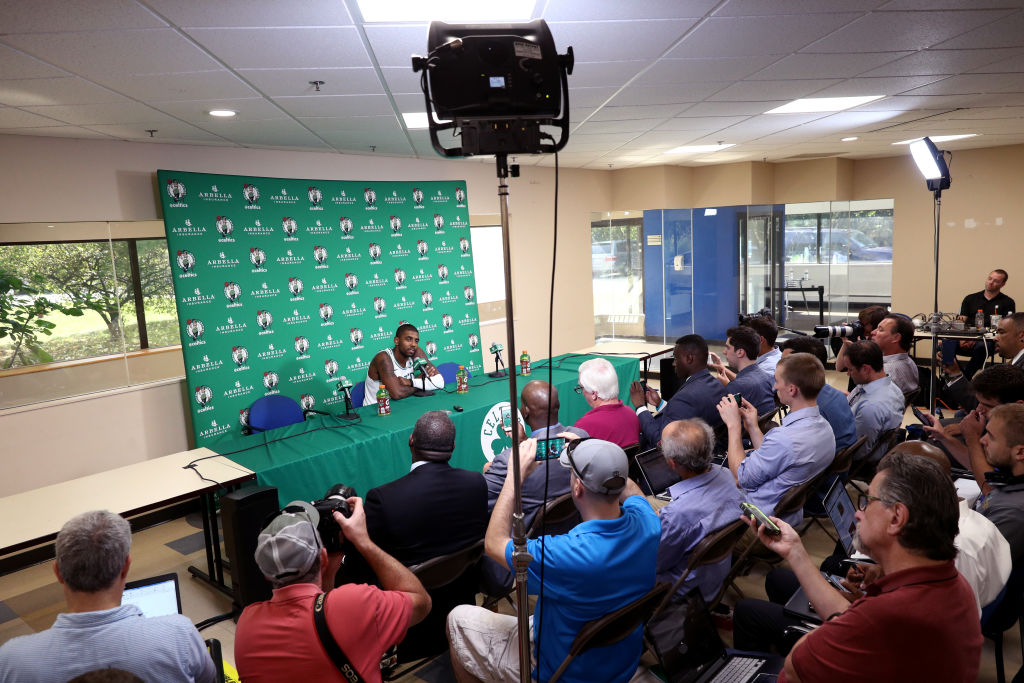 Your Morning Dump... WHERE BASKETBALL IS BACK!!

Jayson Tatum: How will his role be impacted by Boston’s additional star power?

After entering the NBA with questions about his shot selection, shooting range and defensive ability, Jayson Tatum spent his rookie season mowing over all the doubts that lined his pre-draft scouting report. More than just his stellar 3-point shooting and unprecedented playoff run, the youngster impressed by mastering a number of roles throughout the season. He started his career as a spot-up specialist then emerged as something of a go-to scorer during the postseason; no matter what the Celtics asked of him, the 20-year-old seemed ready to handle the request and then some.

The Athletic: Questions Celtics need to answer as they embark on highly anticipated season

Jay King on the Athletic with one of a host of similar pieces welcoming basketball back today. Jay asks one burning question of every player, much like we’ve all been talking about all summer long.

Now, we’re about to start getting answers. After today’s mostly irreverent festivities, the Celtics will dive into two-a-days so they can prepare themselves for their first preseason game on Friday.

So we’ll finally get to see how the minutes will be distributed and how good Hayward and Kyrie look and how much Al Horford will sacrifice and… well… all the other stuff too.

Basketball is back. These guys are in uniform. And we can finally end speculation season and get into the meat of what this team can do.

Sam Packard and I get into some pre-media day questions for all these guys in our latest Locked On Celtics podcast. Check it out.

NBCSN Boston: What will be the dominant storylines surrounding the Celtics this season?

“At the end of a workout, Jason was just like, ‘I think we might need someone to play one-on-one against Gordon Hayward,’ ” Hommes said. “I was like, ‘Oh, for sure, I’ll do it.’ ”

So the little-known Division 2 forward became the first player to have consistent one-on-one battles with Hayward, helping the former All-Star prepare for his resurgence. Hayward, Hommes, and Smeathers would usually meet at an Exos gym in La Jolla, Calif., reserving a court in the back where distractions would be at a minimum.

“It was the first real one-on-one I’d played in a year,” Hayward said. “It was definitely weird at first. I’m going for like every single fake, every single jab. But any time you’re not playing and can get some live action, that’s really good.”

Globe: When Gordon Hayward was ready for one-on-one, this Division 2 player got the call

Hell of a story about a division 2 basketball player doing all he can to chase a pro dream suddenly getting a chance to play 1-on-1 with Gordon Hayward.

I just couldn’t imagine being that age again and having an All Star say “he’s actually good.”

No matter what happens in his basketball life, he’s always going to have this. He’ll always have the summer when he faced Gordon Hayward every day and helped him get back to himself.

… it’s really real. It looks like Kawhi is going to play basketball this season.

Three of the five best teams in the NBA could all exist in the Atlantic Division. This is going to be a wild season.