For the second straight season, the Astros win 100 games 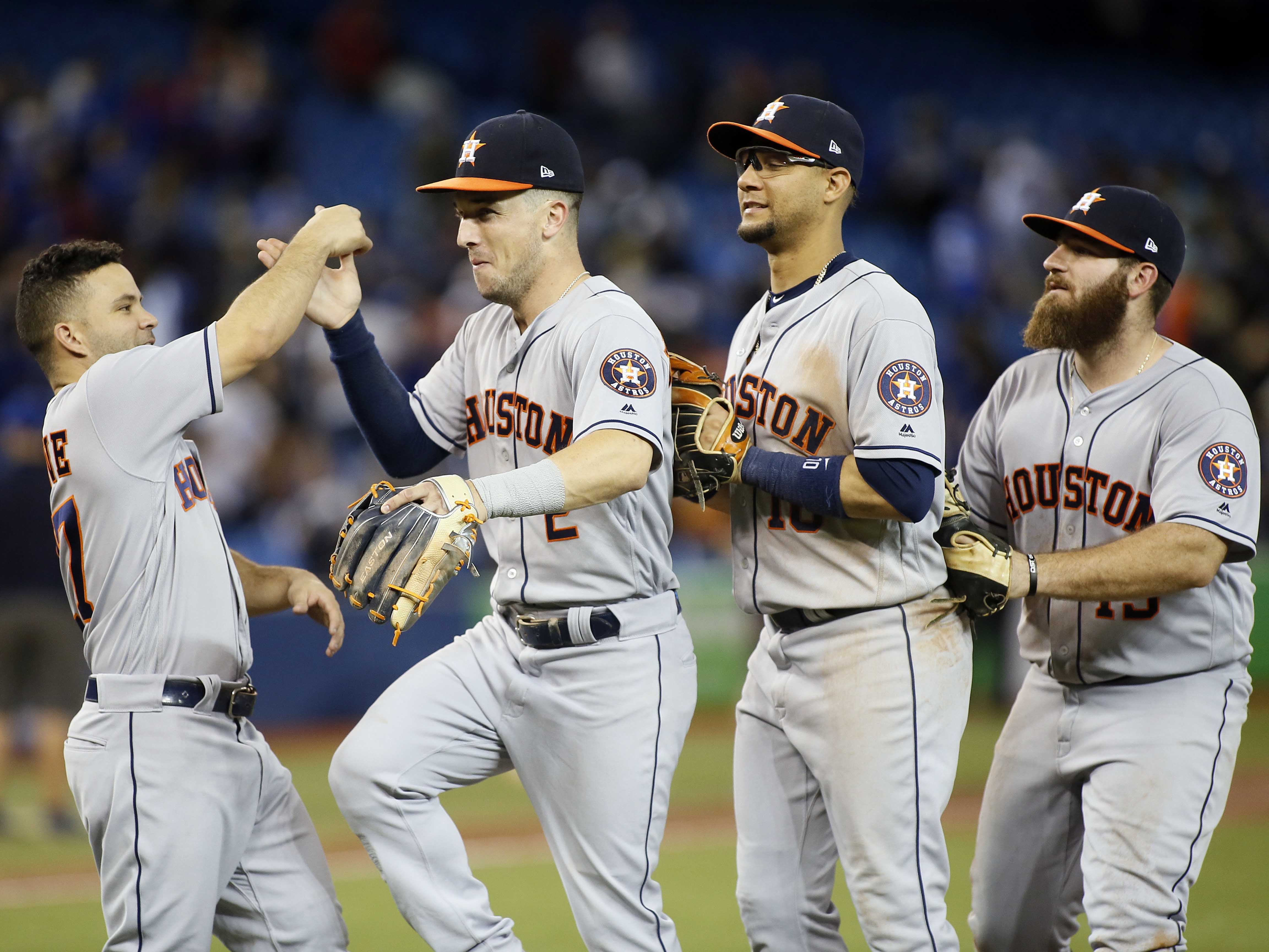 For the second straight season, the Astros win 100 games

On the verge of potentially locking up the American League West, the Astros messed around and won 100 games for the second straight season. They beat the Blue Jays 4-1 Tuesday night, and now they must play the waiting game.

Given a chance to start, Josh James made the most of his opportunity. The 25-year-old allowed one run on four hits in five innings. He also struck out three and walked one. James (2-0) was able to win his third major league start thanks to a home run by Alex Bregman, his 31st of the season, along with RBIs from Evan Gattis and Tyler White.

Tony Sipp, Colin McHugh, Ryan Pressly and Hector Rondon took over and shut the Blue Jays out. It was then Roberto Osuna’s turn to close it out. This series was his return to Toronto since being traded earlier this year. He received boos after all the controversy surrounding his domestic abuse case, among other things. Osuna had a quiet 1-2-3 inning to earn his 20th save of the season and triple digit wins for the Astros.

How rare are back-to-back 100-win seasons, a year removed from a World Series win? Well, the Astros are in some elite company:

The Astros are only the fifth defending World Series champion to win at least 100 games in the divisional era, joining the 1971 Orioles, 1976 Reds, 1978 Yankees and 1990 A’s. All four of those teams returned to Fall Classic. The Reds and Yanks successfully defended their titles

The celebrations will have to be put on hold for now. The Astros’ magic number to clinch the West went down to one with that win. They will be scoreboard watching tonight’s Athletics v. Mariners game. With an A’s loss, the magic number goes down to zero.