Thanks to an A’s loss, the Astros clinch the AL West 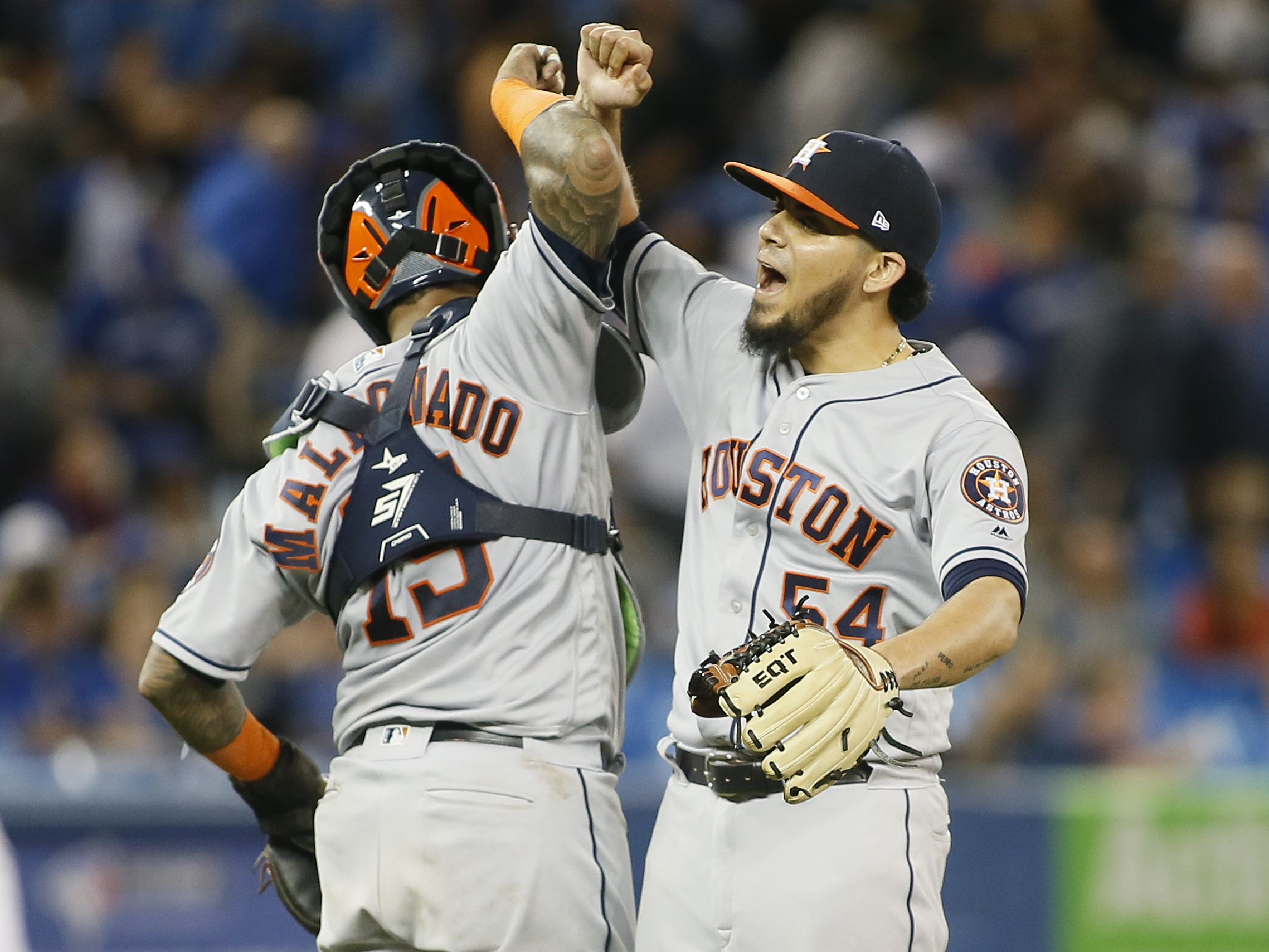 Thanks to an A’s loss, the Astros clinch the AL West

On a day in which they won 100 games for the second consecutive season, the Astros had to wait a while for another milestone. The team can now call themselves champions of the American League West once again.

The game wasn’t without its fair share of excitement. The crowd inside Safeco Field cheered their team on as they attempted to play spoiler to the A’s. Down 8-5 heading into the eighth inning, the Mariners scored two in the bottom of the eighth and one in the ninth to force the game into extra innings. While both teams tried to force the ball out, it was the Mariners who came out on top at 2 a.m. ET.

This is the first time the Astros have claimed multiple division titles in a row since 1997-1999. Back then the team was in charge of the National League West. Repeat 100-win seasons and American League West Division titles? The team of destiny is looking to add one more repeat to its mantle.

The Astros now know who will be the first team in their way en route to another World Series Championship. They will face the Cleveland Indians in the American League Division Series. Game one will be October 5 in Houston.