Your Morning Dump... Where it's time to say hello to the 'Newport Five' 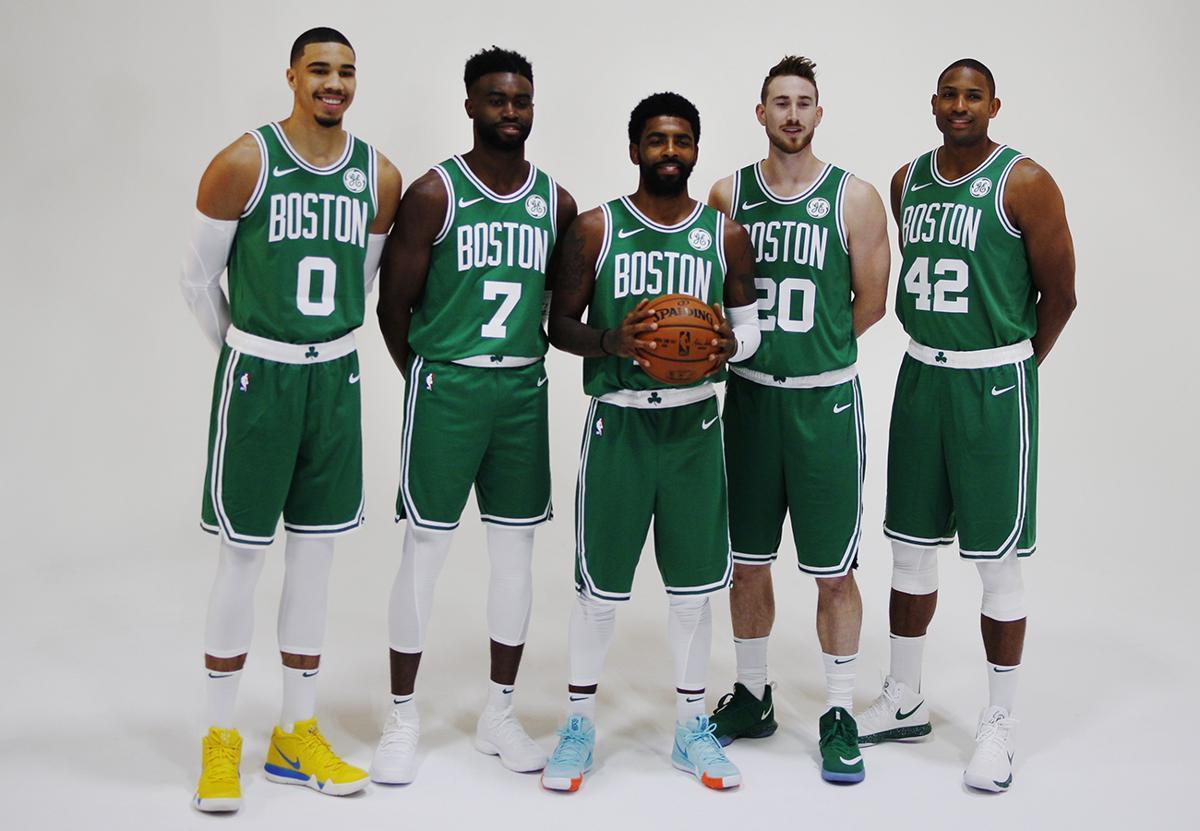 Your Morning Dump... Where it's time to say hello to the 'Newport Five'

What happened over the next three days inside the shingle-style exterior of Salve Regina University’s quaint Rodgers Recreation Center surprised even the most sanguine of Boston staffers. Irving, Hayward, and Horford showed immediate chemistry, their skill sets complementing each other at both ends of the court. Jaylen Brown firmly asserted himself as ready for an elevated role in his sophomore season. And, maybe most notably, 19-year-old rookie Jayson Tatum overcame typical first-day jitters and showed flashes that suggested he could be an immediate impact player at the NBA level.

In those first days of camp, it became obvious that Boston’s most skilled lineup featured that combination of Irving, Brown, Hayward, Tatum, and Horford. And so was born one of the league’s most intriguing five-man lineups.

Call them the Newport 5. And, after playing just five regular-season minutes together last season, Boston’s projected starting group is eager to reintroduce themselves to the rest of the NBA this season.

Chris Forsberg takes us back to last year in a preview of what we’ve got to look forward to this evening.

As I’m not a New Englander–and as I’m old enough to remember when cigarette ads were a staple of the car and sports magazines I couldn’t get enough of as a kid, seeing anything called the ‘Newport’ something or another doesn’t make me think of the other, older, more genteel playground for New York’s wealthiest. It makes me think of a brand of cigarettes that uses an upside down Nike swoosh for a logo.

So, if the ‘Newport 5’ nickname sticks, I’m going to have the catch phrase ‘alive with pleasure’ stuck in my head, in a testament to the effectiveness of big tobacco’s advertising on someone who has never–and will never–smoke.

But you didn’t come here to read my ramblings about 1980s cigarette ads (probably), so … just how excited are we for the season to start? I, for one, am so giddy I just spent two paragraphs going on about cigarette marketing.

Coming off of a year in which 11 of 15 players were brand new, the Celtics only lost occasional contributors Greg Monroe and Shane Larkin–and Monroe was post-trade-deadline add to the team. There’s very much a sense of ‘picking up where we left off’ with this team, and I, for one, can’t wait.

As Ben Mark pointed out yesterday, the Celtics’ bench is, on its own, probably good enough to grab, oh, let’s say, the 6th seed in the East. And the starters? Well, the crazy thing is, we don’t even know what we’ve got to look forward to there.

I’m a fan of the SDSU Jackrabbits–as I’ve mentioned before–and their women’s basketball coach has always played deep rosters, and he’s basically able to do hockey line shifts. It’s not unusual for him to sub out every player except the free-throw shooter during play stoppage. The effect on the other team’s starters, who are nearing the end of their shift and have to face four fresh sets of legs, is routinely demoralizing.

If you’ve been guarding Kyrie Irving for half a quarter, and he’s being replaced by Terry Rozier, you are not going to be breathing a sigh of relief.

Page 2: Where Brad’s concerned about… offense??

“I thought that we did not have the statistical profile of a champion last year because our offense was 17,” Stevens said of a Boston offense that ranked in the back half of the league while averaging 105.1 points per 100  possessions.

I… I don’t even know who I am anymore.

This may be the first time since Brad Stevens joined the Celtics that I’ve heard him say anything about being dissatisfied with the offense.

Finally: Tristan Thompson’s technically correct, which is, of course, the best kind of correct

“We’re still four-time Eastern Conference champions, so until you take us down from that, teams ain’t got much to say,” Thompson said. “Boston, Philly, they ain’t got much to say. Boston had home court in Game 7 and lost. Philly, you guys almost got swept. Toronto — we already know that story. So, until someone takes us down, there’s not much they can really say.”

Tristan, buddy, there’s a strong likelihood that nobody’s gonna ‘take you down’, because you guys aren’t even gonna make the playoffs.