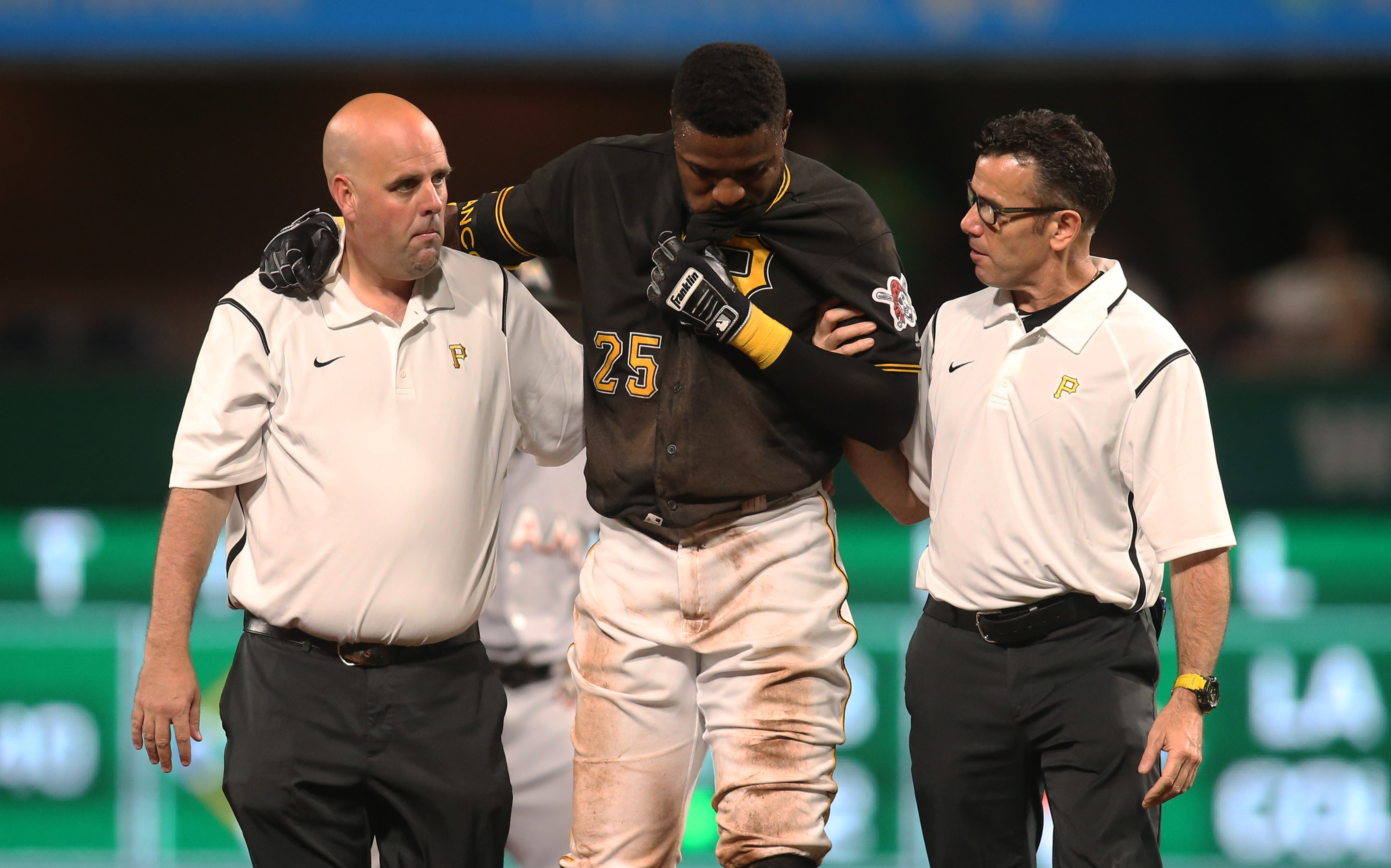 Gregory Polanco was well on his way to a strong ending to the 2018 season before and injury cut his year short. With the outfielder set to potentially miss a large portion of 2019, the team at least has some options internally.

Gregory Polanco put together arguably his best season so far of his young career in 2018, and he could have definitely made it his best had a horrible slide into second base not prematurely ended his season a few weeks ago. However, it turned out the injury was much more severe as it resulted in Polanco undergoing surgery on his shoulder, potentially taking him out of action in 2019 until as late as June.

While the loss of Polanco is unmistakable, the Pirates do have some players in house that can fill in for him if they elect not explore the free agent market. Here are a few players already on the roster that could be in line for playing time as Polanco recovers.

Pablos Reyes has been playing very well since joining the big club this month should be a top contender for playing time heading into 2019. Already a 0.4 WAR player in just 15 games, Reyes has hit three home runs and an impressive slash line of .319/.385/.532 in 47 at-bats.  Reyes hit eight home runs in 356 at-bats once he was promoted to Indianapolis, so the rate that he is currently hitting them with the Pirates will most certainly normalize once the league adjusts to him. Reyes is definitely the most exciting and refreshing option to take over to start 2019. A strong finish to this season and a good spring training could land him the job.

Jordan Luplow was penciled into a starting job in the outfield entering 2018 before the team acquired Corey Dickerson. Luplow has had limited appearances with the Pirates this year, tallying just 92 at-bats across 37 games. He is hitting .185/.272/.359 this year, which is fairly similar to the .205/.276/.385 he put up last year in 78 at-bats. Luplow did knock 23 home runs in 414 at-bats with Altoona and Indianapolis in 2017, so he could eventually find his stroke at the Major League level. But given what Reyes has done in his limited time with the Pirates, Luplow may have an uphill battle if the team decides to give those innings to one of their less experienced ballplayers.

While he logged most of his innings at second base this year, Adam Frazier could be a viable fill-in until Polanco recovers from his injuries. Frazier has hit .280/.346/.460 this year with ten home runs. Frazier has logged 180.1 innings in the outfield this year compared to the 511.1 he played across the three positions in 2017, so he is no stranger to patrolling the outfield. The issue is that Frazier could be the team’s starting second baseman next year, a position that his skill set projects better at given what he has done up to date.

A long shot to fill in for Polanco, given his down year and contract status, is Josh Harrison. More likely than not, the team will look to move Harrison this winter, but if they decide to retain him, his position flexibility could make him a candidate to take the innings vacated by Polanco. Harrison has his just .249/.291/.364 this year, well below his career averages of .277/.317/.408. The big issue with Harrison is that his playing time in the outfield has gradually decreased, to the point that he did not even play there this year. Last year he played just 58 innings in the outfield and in 2016 he saw just one inning in the outfield. 2015 was the last year he played substantially in the outfield with 141.2 innings, so given that he has been in the infield so long, it seems the team can find better options to fill in for Polanco.

With the emergence of Reyes and the potential of Luplow, those two players seem to be the best options when it comes to playing in place of Polanco. Frazier has appeared to be a potential second base option and it will not be surprising if Harrison is moved this winter. Given that the team needs to upgrade other areas of the roster, and because Polanco should be back no later than some time in June, it seems like finding an option internally is a better option than the free agent market.