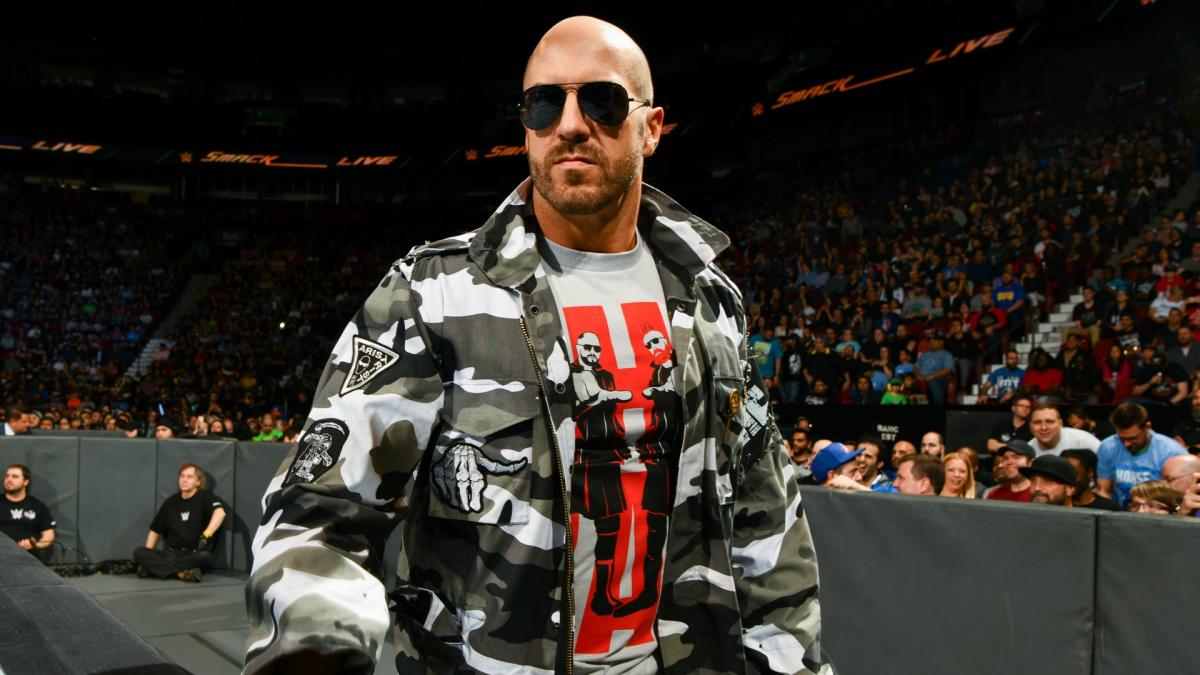 Cesaro is regarded by many pro wrestling fans as one of the best pure athletes working in the business today. The Swiss Superman is currently a WWE Superstar of course, where he is a five-time Raw tag team champion.

But Ring of Honor fans that followed his career before Cesaro came to Vince McMahon’s company also know him under his real name, Claudio Castagnoli. Claudio worked alongside Chris Hero and the two were known as The Kings of Wrestling.

CESARO SHOWS UP AT #NXTOrlando TO HELP KASSIUS OHNO TAKE OUT ADAM COLE.

NXT fans were treated to a surprise recently when The Kings of Wrestling reunited at a house show in Orlando, Florida. Cesaro stunned the live crowd by showing up and giving an assist to Hero, now known as Kassius Ohno, in his match against Adam Cole.

The Kings were two-time ROH World tag team champions and many regard the duo as one of the best tag teams in company history. The team’s original formation came in 2005 in Chikara and the duo also worked as a team for Combat Zone Wrestling as well.

Last night was special. It was about as perfect of a night that you could dream up. To those who were a part of it all last night, and to anyone who has had even the most fleeting involvement throughout my last 20 years, from the bottom of my heart, THANK YOU~! Here’s to 20 more. pic.twitter.com/YiHDsaRWP9

Of course Cesaro is now one-half of The Bar with Sheamus. The Bar has held the Raw tag team championships on four different occasions and have been a cornerstone of WWE’s tag team division for two years. The Bar will challenge The New Day for the SmackDown Tag Team Championships at Super Show-Down on October 6.

As of now, there has been no indication that Ohno is on his way up to WWE’s main roster. He has mainly been used wherever the company needed him but he has not been booked in a featured position on a consistent basis.

It’s unknown if Cesaro will make anymore appearances in NXT or if this reunion was merely done for nostalgia’s sake only. Many fans would likely love to see The Kings of Wrestling actually begin teaming together in WWE but whether or not that will happen remains to be seen.