Your Morning Dump... Where Gordon Hayward has a lot to work on 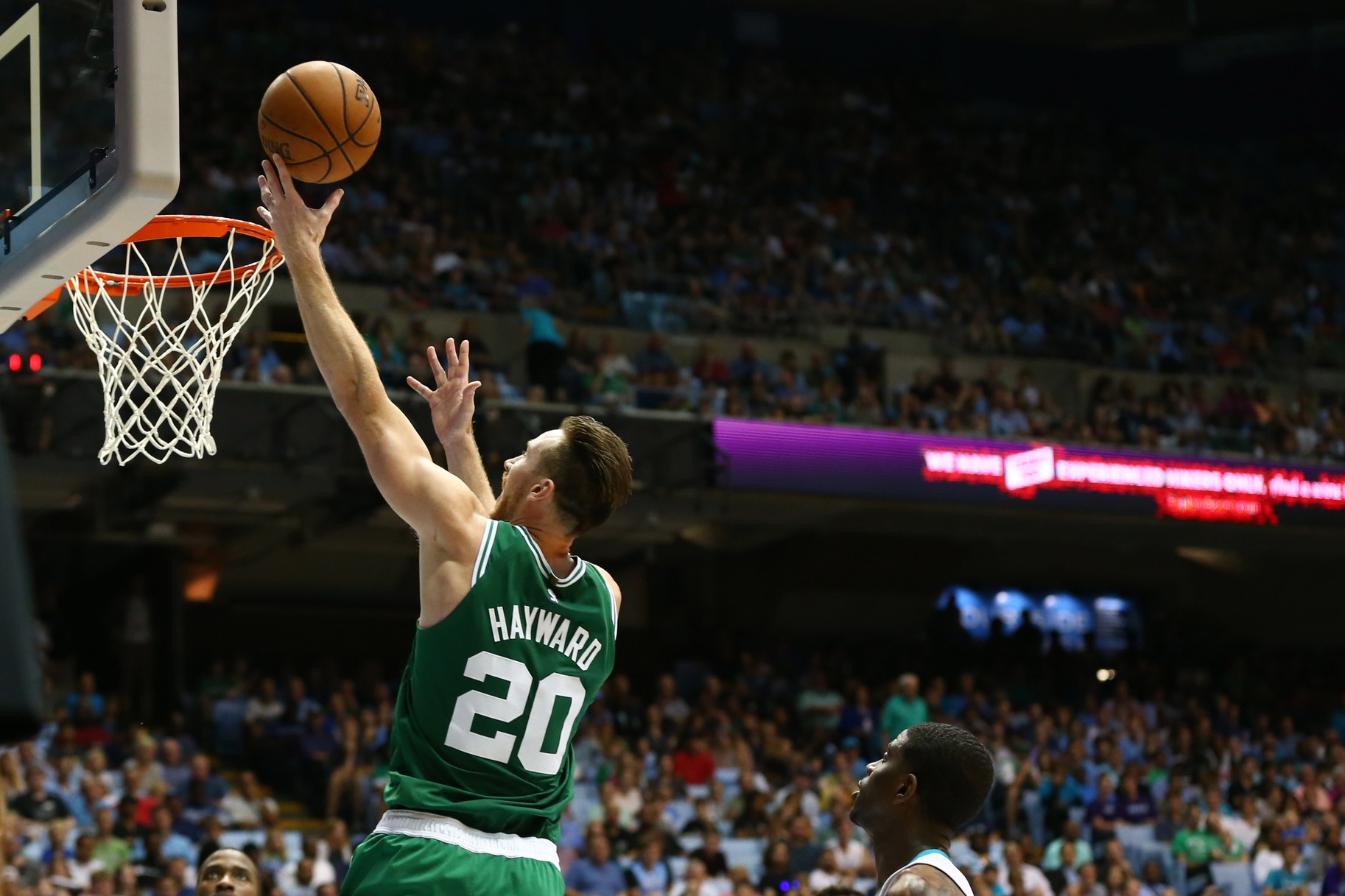 Your Morning Dump... Where Gordon Hayward has a lot to work on

To hear Hayward describe it, his path to the season opener against Philadelphia is paved with little checkpoints.

“Timing on shots, pull-ups, cuts to the rim,” he said. “The one cut I had to the rim, would have dunked that one. Tried to go up off my leg and didn’t have it, I guess. That stuff will come back, I guess, a little explosion. I’m certain of that. The speed of the game, too, with the crowd, I have to adjust to again.

“My conditioning felt fine. As far as running up and down it was fine. It’s more of a rhythm and timing thing with my shot. Little bit flat, but that will come from playing more games.”

We may have expected too much out of Gordon Hayward too soon.

There was, in many of our heads, supposed to a grand unveiling of a rebuilt Hayward on Friday night. Fresh off 11 months of rehab, he was supposed to RoboCop his way back into form quickly. I mean… that’s what all those workout videos were about, right?

That’s not how it works.

It’s hard for people to understand how different game speed is if you’ve never experienced it. No matter how hard a team practices or how hard guys work, there’s something different about “game speed.” Your nerves are up and mistakes are magnified because there’s no stopping play like there is at practice. Everything is happening on the fly and, because of the situation, there is more adrenaline pushing everyone to do things faster.

That’s the one thing Hayward hasn’t had since his injury.

It’s one thing to learn how to swim in a pool, it’s another to jump off a boat in the middle of the ocean. So Hayward has to re-learn not only his own timing but that of his teammates as well.

Here’s how a scout sees it, as told to The Athletic’s Jay King

“You could tell Hayward still hasn’t reached that top level yet,” said the scout. “Is that concerning? No. Not yet. He missed so much time I would have been stunned if he had everything when he (first) came back.”

While it could take Hayward a little while to regain his old form, his presence will open up possibilities. Once he bashes the rust away, the Celtics should benefit across the board from his skills.

“I think he’s the perfect fit for them: the rare All-Star type who shouldn’t alter a team’s style at all,” said the scout. “They can do all the same things they did without him. All those things will just look brighter, and he’ll create some opportunities they couldn’t last year. That jump pass to Kyrie in the opposite corner — nobody else on the Celtics is making that play.”

Here’s the pass he’s talking about

The timing is off and Kyrie wasn’t expecting the pass, but if they’d connected that could have been a catch-and-shoot three off a pick and roll from the opposite side of the floor. Or maybe Kyrie would have been able to attack the close out and dump it down to Jaylen Brown for a dunk.

There are a lot of possibilities off a play like that, and it really is a good example of what Hayward is capable of. He sees the entire floor and is aware of everyone.

It’ll take some time for Hayward to round into form. As I’ve been saying for a long time, the biggest obstacle for him is the mental challenge of forgetting the injury. Hayward was hyper-aware of this being his first game back. He now needs to get into the grind of things and just become a basketball player again instead “the guy who is recovering from a gruesome injury.”

We’ll see it when it happens, and it will be a lot of fun.

Page 2: Al Horford is not thinking about his contract

It’s likely, however, that Horford will re-sign with the Celtics on a long-term deal, perhaps at a discount in exchange for multiyear security. Horford has lived up to his maximum contract, but his value could soar in free agency if he is a driving force in leading the Celtics to the NBA Finals.

“I’m not focused on next year and free agency,” he said. “I’m very grateful and happy with what we are building here in Boston. When I came in here two summers ago [team president] Danny [Ainge] and [co-owner] Wyc [Grousbeck] and coach [Brad Stevens] sold me on the vision that we were going to be able to stack this type of team, and I believed them then and I made a commitment that I want to be the best that I can and win a championship here.

Globe: Al Horford’s focus is on the court — not on next year’s opt-out

Al Horford’s best move is to opt out of his $30 million final year and take a four or five-year deal that gives him long-term security.

Horford has made a lot of money and I’m pretty sure the team Dad isn’t dropping $20k on bar tabs. I’m betting he’ll be pretty happy to cash in on one more big payday to hang around with the Boston Celtics for the rest of his career and maybe help them win a couple more championships.

My guess: a five-year, $90-$95 million deal that can be structured like this:

Kyrie Irving will make about $34 million in the first year of a max five-year deal worth $188 million. Having Horford slice his $30 million this upcoming year in almost half would help make up the difference for that massive raise for Kyrie.

For Horford, there is security in this move. What are the odds he’d make $60 million between his 34th and 38th birthdays if he opted in and took $30 million next season? Even if he thinks he can get close to that somewhere, why uproot your family to go to an uncertain situation when you have a team on which you fit perfectly and a coach who knows how to use you?

This move makes too much sense for all sides. Yeah, the Celtics might be overpaying him in the final year of his contract, but that’s a routine sacrifice teams make to keep a strong veteran long-term. Horford will retire a Celtic, maybe have a ring or two on his resume, and then… well… then we’ll have some very interesting discussions about his legacy in Boston. But that’s a conversation for a different day.

This is the most JR Smith story

I swear I’m the only person they do shit like this to! So you mean to tell me i have to cover up my tattoo for what? You don’t make people cover up Jordan logos NIKE checks or anything else but because it’s me it’s a problem all of a sudden!!! Shit whack 🖕🏾

This is the tattoo he’s talking about

The league has a rule about this…

“NBA rules prohibit players from displaying any commercial logos or corporate insignia on their body or in their hair,” league spokesman Mike Bass said.

Smith isn’t even getting paid for the tattoo. He says it’s just who he is.

So if you see JR Smith with a calf sleeve or high socks… this is why.

NBCSN: Kyrie Irving shows no rust in return to court

NESN: Gordon Hayward’s Wife Issued This Serious Warning For Rest Of The NBA