Three positives from the 2018 Phillies season 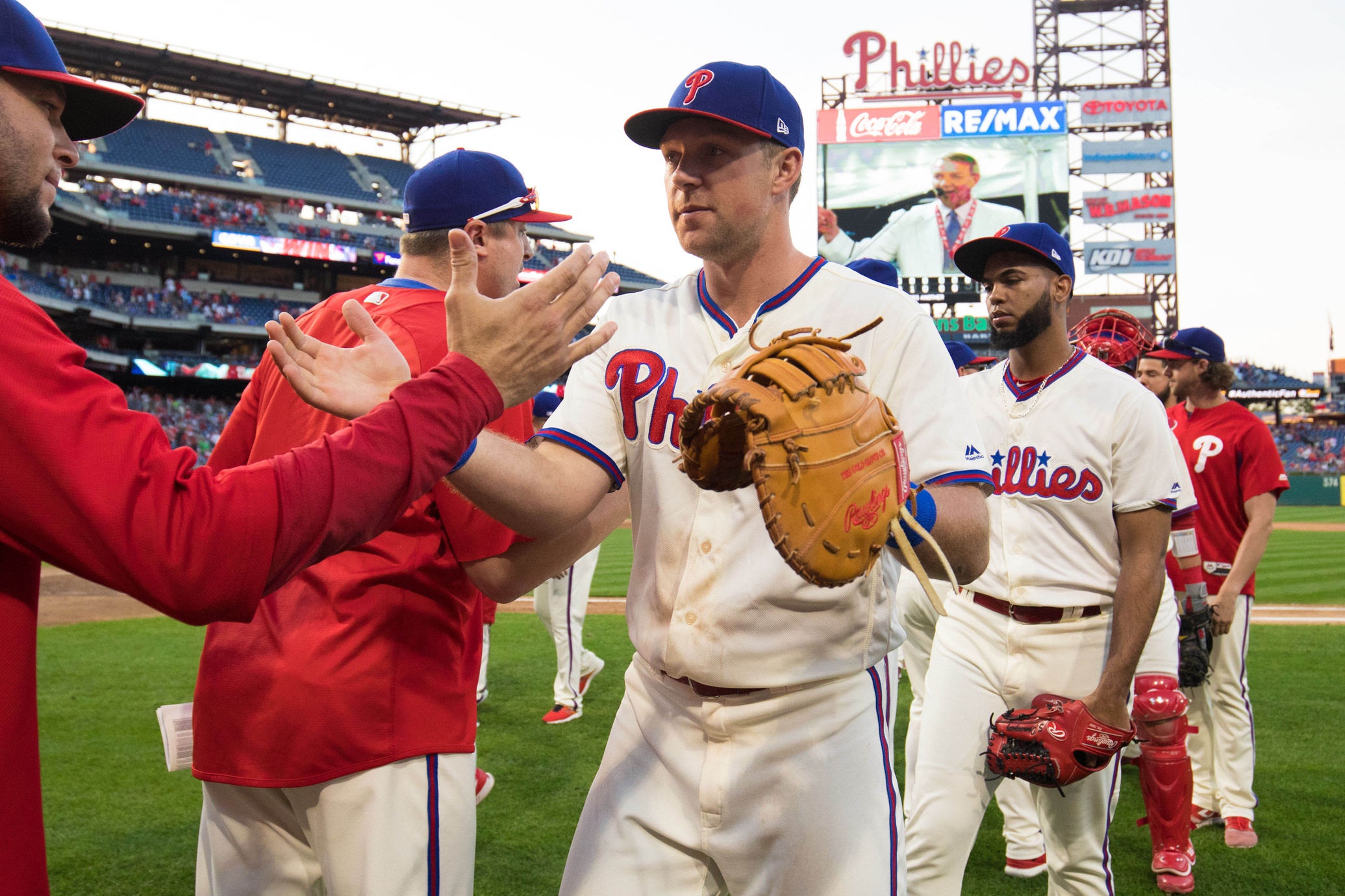 Three positives from the 2018 Phillies season

The 2018 baseball season looked to have a glimmer of hope in the middle of the summer, but then things went south in a hurry for the Philadelphia Phillies. It is not easy to suggest there was much to smile about this season because of the way it all ended over the past two months, but you do not have to look too hard to find some things to take into the offseason that offer a reason to be looking forward to 2019.

The season is over. The season was actually over long before Game 162 on Sunday afternoon. But now that the Phillies are staying home while the MLB postseason gets going, there will be plenty of time to reflect on what transpired during the 2018 season here in Philadelphia. Things certainly imploded and sent the Phillies into the offseason on a bitter note, but it wasn’t all bad, was it?

After giving it some quick thought, here are a few things I feel were positive developments we watched this season.

Aaron Nola is an ace

The MVP of the season was starting pitcher Aaron Nola. Once expected to be a fixture in the middle of the rotation, Nola turned in a career season with a record of 17-6 and a career-best 2.37 ERA in 33 starts. Nola pitched 212.1 innings, about 44 innings more than in 2017 and he cut down on his hits allowed by five, runs allowed by 10 and struck out 224 batters. His 0.975 WHIP was just ridiculous and he was absolutely deserving of his first career all-star appearance.

And what an all-star appearance it was. Nola was the fourth pitcher to enter the all-star game in Washington D.C. this summer, taking over in the fifth inning. He made quick work against the meat of a loaded AL lineup by striking out Salvador Perez and Mookie Betts and getting Mike Trout to run into a foul pop-up to end the inning (Jose Altuve managed a single off Nola on the first pitch he faced).

"That's maybe the best season I've ever seen a pitcher have up close. And I was with Pedro Martinez arguably in his prime. I think Nola's season was right up there with Roy Halladay's best, Cliff Lee's best, Steve Carlton's best. A jaw-dropping season"

Last night, Aaron Nola completed the third-best season by a Phillies starter in franchise history (by ERA+), behind only two Hall of Famers. pic.twitter.com/hhi3nCiRCP

Despite the horrible ending, this was the best season since 2012

The 2012 season was the year the changing of the guard in the NL East officially took place. After five straight NL East titles, the 2012 Phillies started the downward trend as the Washington Nationals rose to take on the banner for the division. At 80-82, the Phillies did fall under .500 for the sixth consecutive season, and that looks even worse when you consider the Phillies had the second-best record in the National League at the all-star break.

But this team did win 14 more games than they did the previous season, and this was the most wins since that 2012 season. It’s a step forward that doesn’t feel like it considering the collapse down the stretch, but all things considered, there was some progress made.

After the rough first week to the season, I genuinely enjoyed watching Phillies baseball well into the summer months, and I really could not have asked for much more this season. Yes, I bought into the ride and thought the Phillies were going to be going to the postseason, but the fact I was even given a reason to contemplate that as a possibility by the end of Junes means the Phillies gave me a reason to be excited.

There is no question the rookie manager was polarizing throughout the season, beginning in Game 1 when he took Nola out early, when the Atlanta Braves rallied against the Phillies bullpen. It would be one of many games blown by the bullpen and following some controversial managerial decisions. We don’t tend to give rookie managers many excuses since we are talking about professional sports and this is Philadelphia, and I don’t anticipate many will be on this one with me.

But I found myself liking Kapler’s demeanor before, during and after games this season. Even when times were tough, I felt Kapler gave off the kind of vibe I tend to appreciate and respect from someone in such a position. I don’t want my coach or manager hitting any panic buttons and letting that show off in the public eye, and he was clearly not a guy who was going to throw anyone under the bus. I respect that.

And at least one player in the clubhouse who is expected to be a part of the core of this franchise moving forward seemed to respect and appreciate that approach from Kapler as well. Todd Zolecki wrote a story for MLB.com recently that picked the brain of Rhys Hoskins about what the plan for the Phillies will be this offseason. Among the selling points Hoskins relayed was how well Kapler listens to his players.

“One thing that stands out to Gabe is the way that he listens,” Hoskins said. “If you think something the opposite of what he thinks, he’s very willing to listen to what your opinion is and very open to changing his mind about it. Some of the things that Gabe does and the way he thinks are unique, but I can guarantee you that everything that is talked about in those rooms is thoroughly talked about from every single viewpoint.

Kapler certainly comes off as a player’s manager, and if other players in the clubhouse have the same experience and feedback about him, then that can bode well for the Phillies moving forward. Kapler and the Phillies will, however, have to address how Kapler managed down the stretch. Despite the team making some moves at the trade deadline that appeared to be moves that should help, the bottom line is this team bombed from August to the end. Kapler has to take responsibility for that, and I’m sure he will.

I don’t expect Kapler to change his approach to the game in 2019 too much, but if he can learn from some of his mistakes and adjust some decision-making next season, that may be enough to have this team in a better position to finish on a stronger footing.