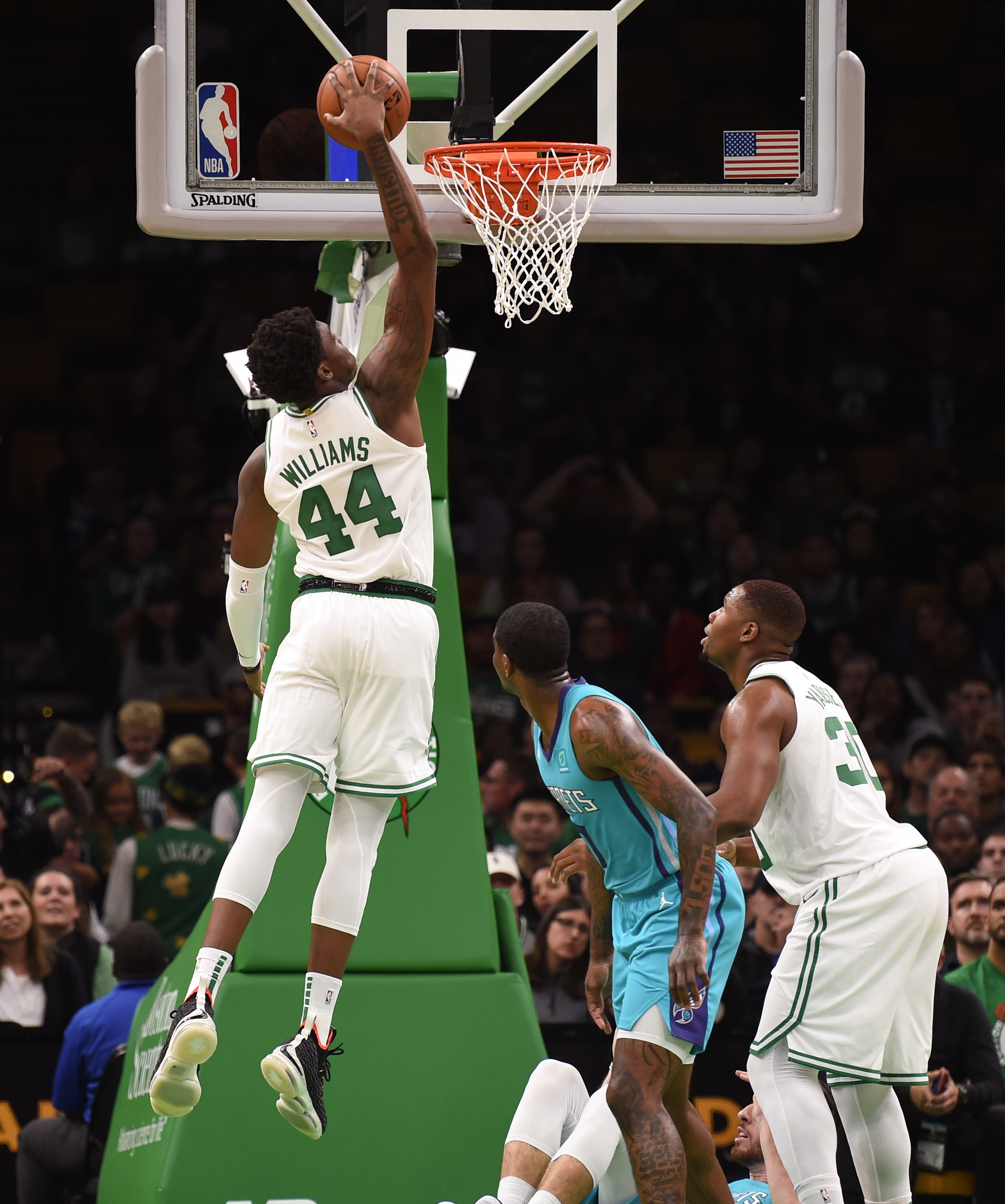 Hot take: the Celtics won’t win many games if they shoot 0/12 from deep and allow their opponents to shoot 44% over that same time. It was just one of those nights for Boston, as Kyrie rested his knee on the bench and watched his team dig an insurmountable first half hole for themselves; not even the Marcus’ hot hands could dig them out.

Don’t let the score fool you – the bottom of the bench made it close at the end – but Cleveland controlled through out and Boston falls to 1-2 in pre-season play. Final Score: 102-95

The Celtics began the game with a piece of foreshadowing for their half, as an uncharacteristic traveling call against Al Horford resulted in a turnover on the first play in an overall ugly game for the guys in green. The Cavs started hot despite this being their first preseason game of the year, as they quickly went on an 11-2 run to start the game and never looked back.

Boston made it competitive at times during the first quarter, particularly when Jaylen Brown was on his run of three straight rim-rattling slams to bring his team to within a trey, 13-10. An emerging trend and another piece of foreshadowing: all of Boston’s points had been scored in the paint.

Hayward is obviously still trying to shake the rust off. His first points didn’t come until the end of the quarter, but he did in fact have at least one good sequence, which was great to see (it’s the little things at this point). G recieved the pass from Marcus Smart, drove right, pump-faked his defender, then drilled the mid-range. The very next play he grabbed a rebound and went coast-to-coast before ultimately getting fouled at the rim. Hayward only made one shot from the charity stripe to make it 25-19, and that happened to be the Celtics last scoring play of the quarter. Cleveland then dominated the final 1:45 as they went on another 7-0 run to stretch their lead to 32-19 at the end of Q1.

Boston bricked their first seven attempts from deep, and things didn’t get any better for them in Q2. On the other side of the ball, I mean.. The defensive effort speaks for itself. Allowing 32 points in a quarter to this Cavs team? It’s not a question of talent, the Celtics just didn’t seem interested in consistently giving the effort required to stop NBA teams.

Which is why it was such a welcomed sight to see Theis pressure the ball handler out of bounds, forcing a terrible pass and an easy steal for Hayward. Gordon then led the break before tossing it left to the trailing Ojeyele, who drove baseline, took the contact, then went up and under to finish on the right side of the rim. I can honestly say that was among the prettiest offensive plays I’ve seen him make in the NBA.

Hayward anticipates the pass, picks it off and then finds Ojeleye on the break! pic.twitter.com/q2lmz1xz61

Later in the quarter, Tommy proved he was regular-season-ready when he reacted to a Marcus Smart lefty-slam by yelling at the team to do it more. My man got LOUD (the clip posted below cuts it off, so you’ll have to take me at my word on this one). It was the highlight of an otherwise completely forgettable quarter, and it only brought the team back an inch, to within 38-25; but it was the type of dunk that wakes up a crowd and gave hope for a split second.

The hope didn’t last. Cleveland’s hot streak continued through the first half- while they shot over 44% from the field, the Cavs were also making 42% from deep- and meanwhile, the Celtics best offensive player was wearing street clothes. Boston trailed entering halftime, 59-40.

Believe it or not, the Celtics had STILL yet to hit a three (now 0/12 at half). When the third quarter started, Brad Stevens called on the BWA to break the spell. This time our Bench-With-Attitude were led by the Marcus’, as Smart hit a three about 5 minutes into the second half, and Morris eventually went into one of his zones. We’ve seen it before. Morris checked in and immediately started trying to find his shot. He missed a couple at first, but his unwavering confidence in himself led to more attempts, and he eventually caught fire following a fall-away jumper.

Their offensive boost, plus a renewed energy on defense from guys like Semi, brought the team within 10. In fact, it was an Ojeyele steal and pass to a breaking Wanamaker that made the game 76-66. Unfortunately, it would be the closest they got in Q3, and the Celtics still trailed 84-69 heading into the fourth.

The third unit got their burn during the final frame, including TIMELORD (shouts the RiffsMan), Mr. Robert Williams. Williams and Lemon Jr. (who’s been like a little IT all preseason, determined to find his shot and create on the offensive end) demonstrated their chemistry from the get-go, as a perfect pass from the guard allowed Williams to two-hand slam it home to start the fourth.

Williams looked most comfortable defensively, and was obviously eager to block any and everyone that came into his paint. Brad’s going to have a difficult decision whether to send him to Maine for development or keep him on the bench for rim protecting purposes, but my guess is he’ll stay in Boston more often than not.

Yabu and Semi both had up-and-down games, and unfortunately combined for more turnovers (3) than they did points (2); but their defensive effort never waned, which is something you know Brad appreciates. At one point Yabu went full cult-hero-classic on us: he was stripped as he went towards the rim, but instead of moping, he turned on his motor and completed the chase-down block on the ensuing layup attempt on the other end. As you can imagine, this drew a huge ovation from both the crowd and bench alike.

The young duo of Lemon and Williams did all they could to bring the team back. They combined to score 17 points in the final frame to bring the game within single digits in the final few minutes, but the deficit ultimately proved too large to overcome for the young bucks. Final Score: 102-95