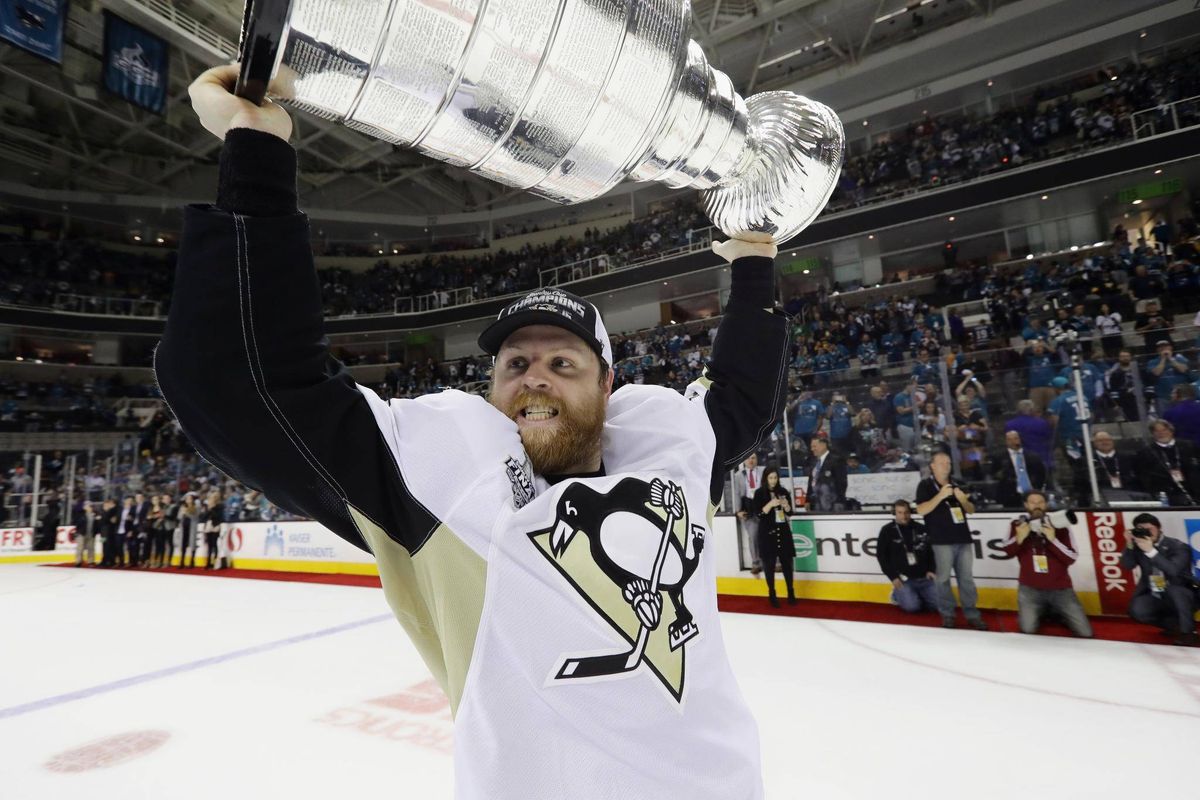 There will be three certain first-ballot Hall of Famers skating on PPG Paints Arena ice in Thursday night’s season-opening game between Washington and Pittsburgh. There is a fourth player who is on a Hall of Fame track but no one really views him that way.

That man is celebrating his thirty-first birthday today, Phil Kessel.

This article presents the results of an analysis to determine where Kessel will stand at the end of his career among modern-era Hall of Fame right wings.

Sixteen of the 43 RW enshrined in the Hall played the majority of their career in the modern, post-expansion (1967 to 2018) era. In the coming years, four more retired RW – Jaromir Jagr, Jarome Iginla, Marian Hossa and Daniel Alfredsson – will assuredly push that number to 20. My analysis assesses Kessel’s Hall-worthiness relative to this “Group of 20”.

Additionally, the definition of Point Shares is easy to understand. It estimates the number of standings points a player contributes to (or takes away from) his team in a season. For example, last season Kessel produced 8.65 OPS and 1.45 DPS for a total of 10.1 PS, that is, his individual production contributed to just over 10 standings points (or five wins) for the Penguins. That’s a great season.

Unfortunately, Point Shares is like any counting stat (goals, assists, points). Players who are blessed with longevity often nudge their lifetime statistical totals upward by grinding out three or four mediocre seasons at the end of their careers. To balance longevity against excellence, baseball analyst Jay Jaffe invented “JAWS” (Jaffe WAR Score) to fairly assess players’ Hall of Fame credentials. JAWS is a player’s career WAR averaged with the sum of the seven best WAR seasons (known as 7-year peak WAR).

This ranking makes a bit more intuitive sense – Mike Gartner who played a long time but had pedestrian peak seasons, falls lower than Mike Bossy, a player whose career was cut short by back injuries but was the undisputed champion at scoring goals in his brief time in the NHL. Similarly, JAWS elevates the brief but astoundingly great career of Pavel Bure above Dino Ciccarelli, a player whose lifetime goal and point totals were amassed over a lengthy career.

Matt Pfeffer, writing in The Hockey News five years ago, actually was the first to bring JAWS to hockey except he used GVT and defined a player’s peak as the three best GVT seasons. His study was purely descriptive but for my present analysis, since I wanted to assess Kessel’s future, I developed a model to incorporate adjustments into the various components that make up Point Shares and did calculations for the next four seasons (2018-19 to 2021-22), the final years of his contract with the Penguins.

This requires several statistics including goals and time on ice for the player, team and league.

Goals and assists, Kessel: I applied two aging curves produced by Eric Tulsky (now the vice-president of Hockey Management and Strategy for Carolina Hurricanes) to determine Kessel’s even-strength scoring and power play scoring in each of the next four seasons.

Goals and assists, Penguins: Since the team has had a consistent system in place since mid 2015-16 when Mike Sullivan became head coach, I took a weighted average of the past three seasons’ team goals and assists to estimate Pittsburgh’s goals and assists over the next four seasons.

Goal scoring, league-wide: Similarly, for league-wide scoring, I took a weighted average of the past three seasons to estimate NHL scoring levels over the next four seasons. Since 2021-22 will likely see Seattle enter the league as an expansion franchise, I added a conservative 5% increase to league scoring for that year based on what we saw in 2017-18 when Vegas entered the league.

The formula for DPS requires a +/- adjustment. Accurately computing future +/- values is therefore a fool’s errand. Blindly throwing darts at a board might be more accurate. For 2018-19, I arbitrarily used Kessel’s career DPS per 82 games (1.2). For each subsequent season, I deducted 20% to account for age-related diminishing of defensive skill.

Given his low-contact, injury-sparing style of play, I foresee no difficulties with Kessel playing all 82 games once again for at least the next two seasons. He rarely blocks shots; he rarely hits anyone and in return, no one hits him.

Due to dissatisfaction with escrow payments and Olympic non-participation, the 2020-21 season will be delayed by an NHLPA strike leading to another 48-game schedule.

After playing the first 61 games in 2021-22, Kessel becomes the all-time NHL iron man, with 965 consecutive games played. However, the streak ends immediately when he is suspended for the next 10 games. It is later revealed Kessel punched the reporter who scrapes information from blogs and then tried to start a trade rumor by misrepresenting a comment that was left on Kessel’s Instagram. When the NHL office found out who the reporter was, the league cut the suspension from 20 games to 10.

There is a reasonable chance that by 2021-22, the Penguins will no longer be an elite team. Just as likely, the Penguins and Kessel will not come to terms on a contract extension before his age 35 season.

The Seattle Kraken enter their second season with instant credibility when they sign the free agent and multiple-time Stanley Cup champion. Motivated to prove the Penguins wrong, how will Kessel perform in the twilight of his career in the Pacific Northwest?

The farther into the future we try to project, obviously, the less accurate our numbers become. Instead of continuing Point Shares calculations, let’s assume Kessel earns the same number of Point Shares that Hall of Fame right wings historically averaged during their age 35, 36, 37 and 38 seasons. As a conservative estimate for unexpected circumstances, I reduced each of Kessel’s final four season’s Point Shares by 10%.

With 20 NHL seasons in the books, and despite still being a very capable top-six forward, Kessel retires. No good-byes. No thank yous. No tears. No press conferences. Just a one paragraph note issued through his agent.

Our Point Shares/JAWS projection shows Kessel finishing his career very worthy of being voted into the Hockey Hall of Fame. Based on regular season statistics alone, Kessel projects to the level of an average Hall of Fame right wing. Add in his Stanley Cups, Masterton Trophy and perhaps the 2022 King Clancy Trophy for his humanitarian contribution in eradicating the locker room of vermin reporters, Phil Kessel is a very qualified Hall of Fame candidate.