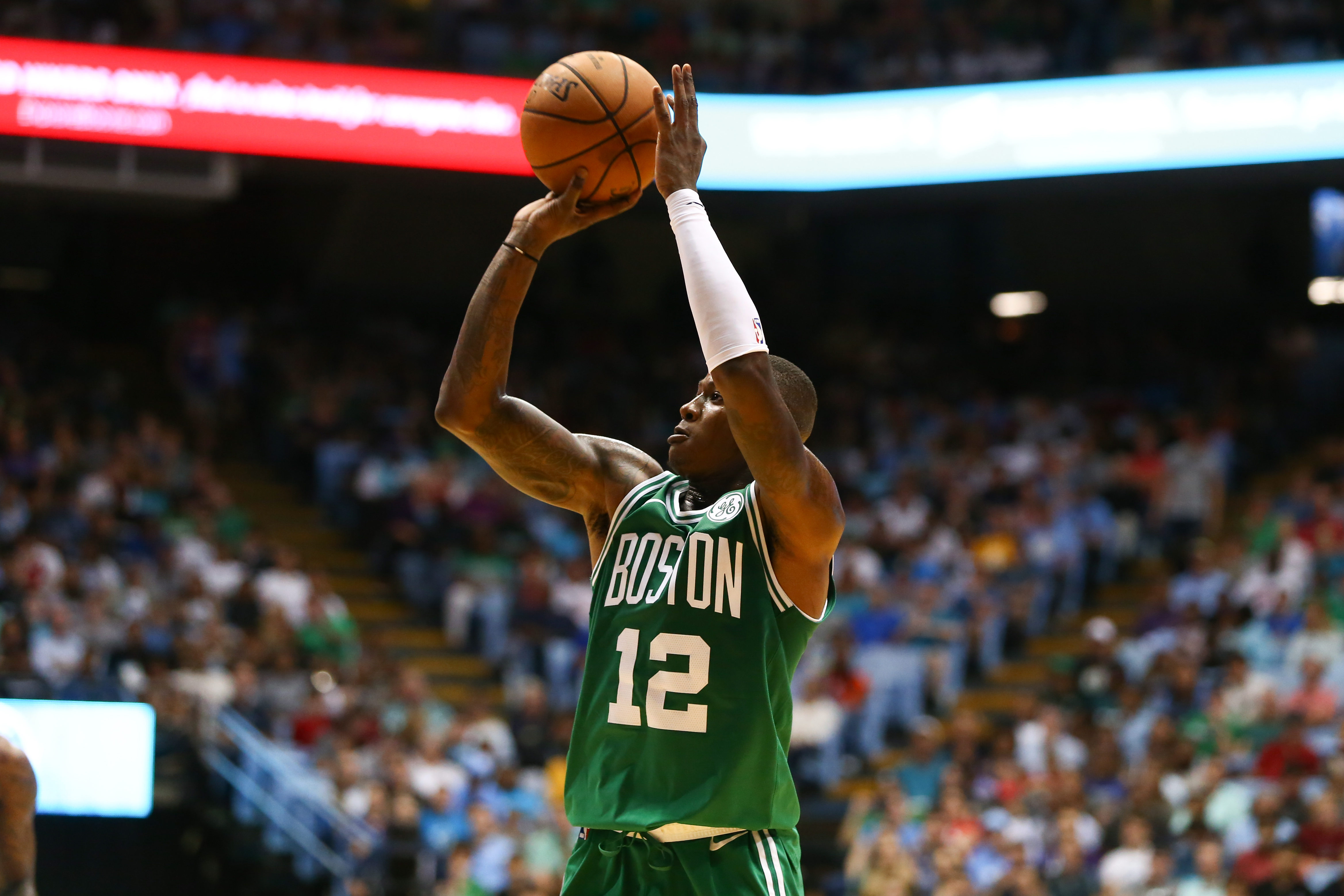 The Boston Celtics are going into this season with their rebuild culminating in a special way. They have assembled one of the most dominant collections of talent in the NBA, with a starting lineup that will utterly dominate this season.

Behind that starting lineup, however, is a bench that might be just as exciting. There is no doubt that they have starting caliber talent on that bench, with a lot of young guys that are looking to leave their mark on the league.

Right at the forefront of that youth dominance on the bench in Terry Rozier. Rozier has been a bench player his entire career, but opportunities because of injuries have made it clear that he is so much more than that.

Last season, Rozier brought a level of excitement that is impossible to find on second unit players and the has shown the ability to take over games. His athleticism and explosiveness on offense is matched by very few at his position and he brings more energy than anyone around him.

In limited opportunities, Rozier has shown that he is special and now it is impossible to be limiting his role in any way. He is ready to bring the best version of himself this season and he is going to have all the control he needs on a second unit that has great talent to compliment him.

Initially, shooting was a real concern, but after approaching 40 percent from deep last season, he is on his way to being elite. When you think about the additional space he will get with the talent around him this season, it should be his best scoring season yet.

Sixth man of the year is usually a difficult award to gauge, but it might be impossible to find a better candidate than Rozier right now. With the way the Celtics use the bench and his comfort level in pressure situations with the top lineup, Rozier could have the most prominent bench role in the NBA this season.

The Celtics certainly have enough top end talent to make Rozier less relevant and lower his odds at that award. With Brad Stevens, however, you know that is not an issue. Stevens works to get all of this talent in the position they need, and no one is going to be playing crazy minutes.

Stevens is going to want to spread out his rotation in the regular season and that means all the Rozier the team could possible want. Keep in mind, Rozier is not a player who needs fresh legs to be explosive, but he also has that luxury.

Consistency and efficiency are where Rozier needs to improve, and he is in the the perfect situation this season. Rozier understands how to control the offense and his teammates trust him.

This will be the best season for Rozier to showcase his skills and he is going to be a real part of what this team wants to do on both ends. This is the most important season of Rozier’s career and the Celtics will have a difficult decision to make.

This is the season he forces the Celtics hand, or goes out and gets his big pay day. What we do know, however, is that Rozier will embrace any role he is given, and no one is going to doubt his ability to excel in that role.

Last season Rozier made it clear that he is more than just a bench player, and if that continues to come out in a sixth man role, that will be his award to lose and should give the Celtics the best bench in the NBA.

He should be the player that utterly dominates opposing benches, making sure they need to abuse their starting unit as much as possible. The biggest edge he can get, however, is with the starting unit. Rozier is not the player to disappear and he is going to be getting more out of his teammates, while they get more out of him.

Rozier is young and has a lot to prove, but the Celtics have held onto him for a reason. This is the season where everything will come together in his best role yet, or he will fade and be the next victim of free agency.

With the way his career has gone so far, and they way he has excelled in the playoffs and any time he has been given an opportunity, Rozier should be a sixth man of the year favorite, and he will make it next to impossible to change that.