Jon Gruden Should Probably Keep His Comments to Himself 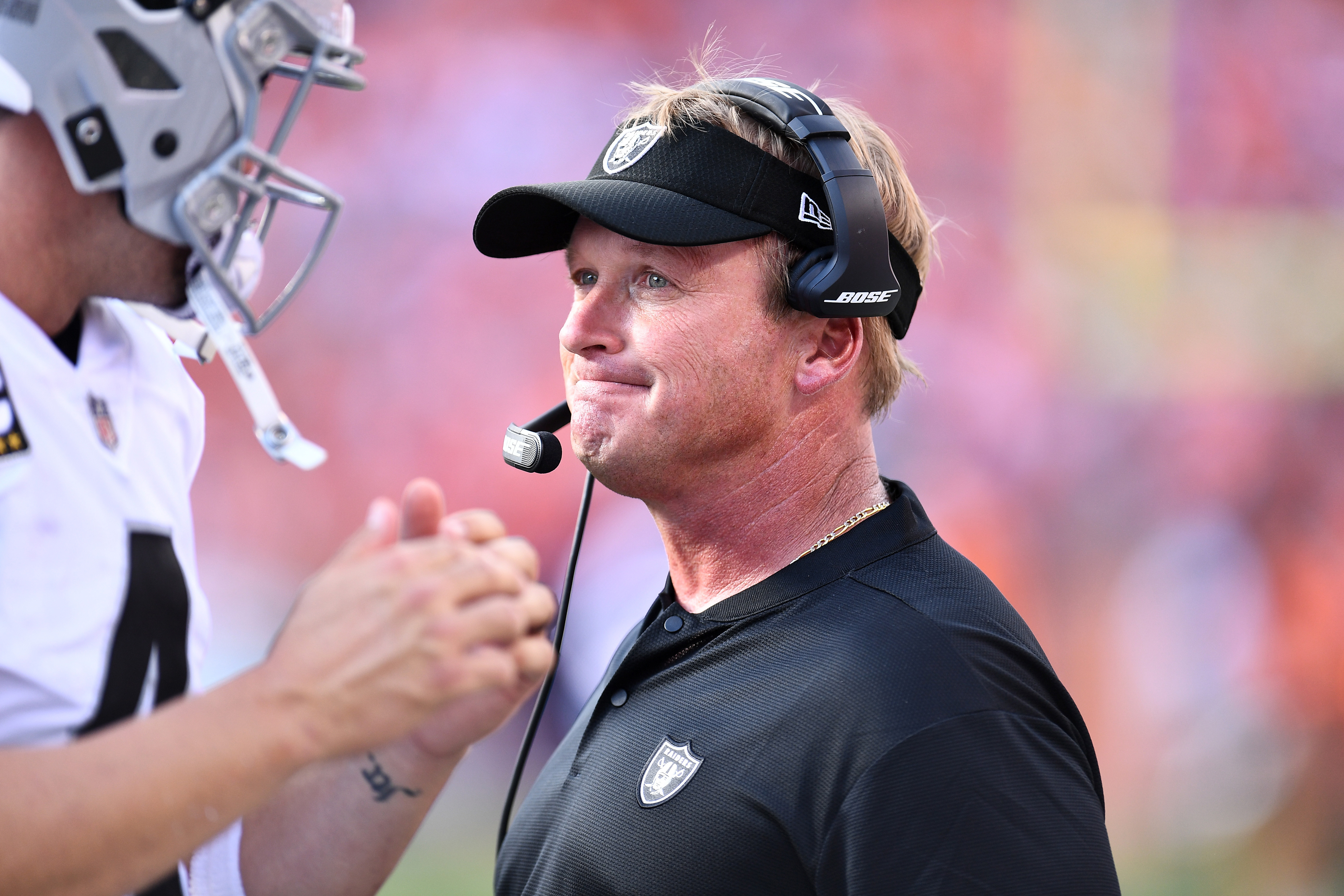 Jon Gruden Should Probably Keep His Comments to Himself

Oakland Raiders head coach Jon Gruden has been quite entertaining for NFL fans who are not cheering for his team. This guy is just unbelievable sometimes. Gruden finally returned to coaching in 2018 after his ten-year hiatus. We figured he still had it in him since we got to hear his expertise on the game every week while he was commentating with ESPN.

The Raiders decided to make Gruden a very wealthy man with a $100 million contract that would have him coaching there for at least ten years. And if I were the Oakland Raiders, I would probably have a small case of buyers remorse right about now because Gruden is off the rails.

First off, let’s just point out the slow start to the season for the Raiders. We all expected a big turnaround on offense and a turnaround season from Derek Carr, but it just hasn’t happened yet. The Raiders are luckily 1-3 right now, and could realistically be win-less through four weeks. But we’re not going to get into that right now.

The fact of the matter is that Gruden hasn’t turned anything around for the Raiders. They still aren’t a good football team. And while they continue to struggle every week, their ‘too honest for his own good’ head coach continues to put his foot in his mouth. Quickly, here’s a recap of Gruden’s comments that should just keep to himself.

To this day, we will never fully understand why Jon Gruden didn’t want Kahlil Mack. I mean, yeah we can say he didn’t want to fork up the big bucks for him, but why not? Elite pass rushers are hard to come by, and they deserve big money. Mack is one of, if not, the best in the game right now. He earned a raise, and Gruden should’ve given it to him.

Instead, Gruden traded away Mack, and now he has to continuously hear about how dominant Mack is out in Chicago. Meanwhile, Gruden is complaining about how underwhelming the Raiders pass rush has been. Ironic.

It Doesn’t Stop There

We’re trying to forget about Gruden’s monster screw up with trading away Mack. Fortunately, he gave us something new to talk about. Recently, we’ve heard about Jon Gruden forming his own scouting personnel, causing a divide within the Raiders front office.

While we all thought that was crazy, that story eventually blew over. Of course, until Gruden once again makes a ridiculous comment. On Wednesday night, a quote from Gruden hit the internet, courtesy of ESPN’s, Eric Williams.

Gruden stated that he actually wanted Los Angeles Chargers safety Derwin James to be his first-round selection in 2018. Meanwhile, Raiders first-round pick Kolton Miller is still in the building.

I don’t know about anybody else, but that’s the first time I have ever heard of a head coach throwing shade at not only the general manager but also the rookie all in one statement. Not to mention, Gruden is clearly still working there.

While this makes for great entertainment, it would be best for Gruden to just keep his comments to himself. Maybe he is having a hard time realizing he’s not at ESPN anymore. Whatever the case is, it’s a terrible look for the Raiders and their front office.