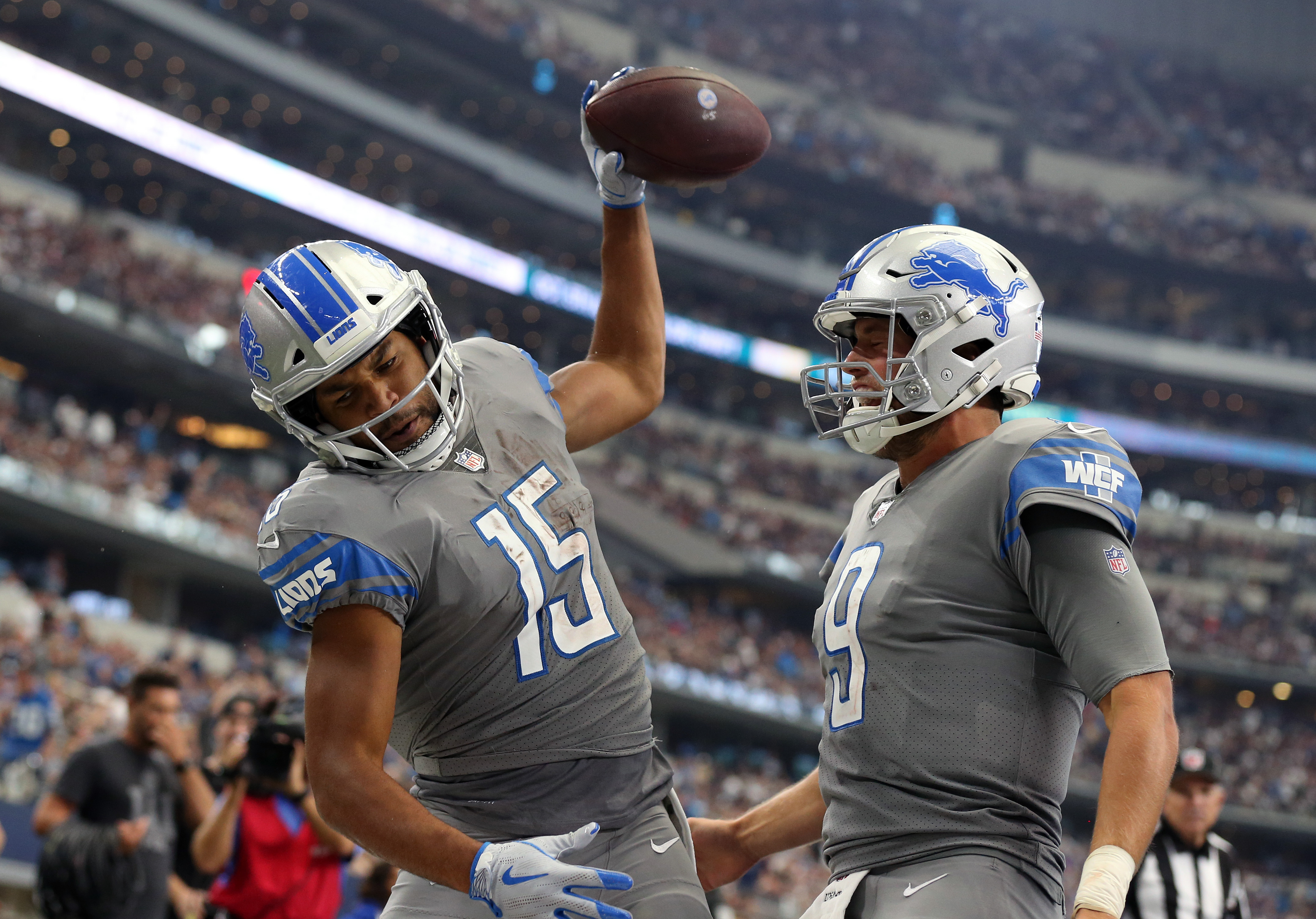 The Green Bay Packers (2-1-1) travel to Ford Field on Sunday to take on the Detroit Lions (1-3). After going 0-2 last season against the team from the Motor City for the first time since 1991, they are looking to avenge those losses. Coming into this one, they have a weapon that was injured for both games versus their NFC North rival last year, quarterback Aaron Rodgers, who is a bona fide Lion killer.

In his career against Detroit, Rodgers is an astounding 13-3. In a seasons amount of games against the Lions, he has amassed 4,058 yards and 34 touchdowns. He has only thrown six interceptions.

As for 2018, Rodgers and the Pack are coming off a 22-0 rout of the Buffalo Bills last week and sit in second place in the North. They trail the red-hot Chicago Bears, who lead the division at 3-1 after the first month of the season.

Meanwhile, the Lions are coming off a crushing 26-24 loss to the Dallas Cowboys and sit in last place in the division. They took the lead, 24-23, with just over two minutes left in the game before giving up a last second field goal.

Matthew Stafford had himself a day as he went 24-30 for 307 yards and two touchdowns. But it wasn’t enough for his team to even their record at 2-2 heading into this game against the Packers. On the year, Stafford has passed for 1,202 yards, eight touchdowns and five interceptions.

But while both teams have very talented players at the quarterback position, they each have multiple weapons to surround their franchise QBs.

The Packers have running back Aaron Jones, who has been productive after serving a two game suspension for violating the NFL’s substance abuse policy. In his two games back, Jones has racked up 107 rushing yards on 17 carries and a touchdown. He has also caught two passes out of the backfield for 22 yards. Jones could play an even larger role against Detroit as the Lions are the worst rushing defense in the league at the moment, giving up an average of over 157 yards per game on the ground.

The Lions have a weapon at the running back position as well. Rookie Kerryon Johnson became the first Lion to rush for over 100 yards in a game since 2013 against the Patriots two weeks ago when he went for 101. He gained 55 yards and scored a TD on only nine carries last week against the Cowboys.

Both of these QBs have a talented trio of wide receivers at their disposal as well.

The Lions should look to exploit this as the Packers are weakest on defense in their secondary. They are giving up an average of over 241 yards per game and Stafford should easily top that mark in this one.

Green Bay has a nice group of players at the receiver position as well with Davante Adams, Randall Cobb and Geronimo Allison. These players give any secondary fits, especially with Rodgers throwing them the ball. But this week could be a different story as all three are injured. Cobb (hamstring) missed the game last week against the Bills and has already been ruled out versus the Lions. Adams (calf) and Allison (concussion) are both questionable and will most likely be game-time decisions.

But now time for the prediction. Rodgers has dominated the Lions throughout his career and I don’t see this game being any different. Even hobbled by an injury, he has been one of the best QBs in the game this year. The Lions defense has been bad so far this season and I expect the Pack to put up some points.

With everything being said, especially the injuries to the Packers wideouts, I think this is a game the Lions should (and need to) win. I know they are currently a 1 point underdog at home, but if they want to have any shot at making the playoffs, they cannot start the season 1-4. A win, putting them at 2-3 which isn’t ideal, still gives them hope heading into their bye week.

My heart is telling me to go with Detroit, but my head is telling my to choose Green Bay. I think it will be a close game throughout and will not be surprised if Stafford has his best game of the season and leads the Lions to a win.

But I’m going to go with my head and choose the Packers to leave Ford Field victorious.