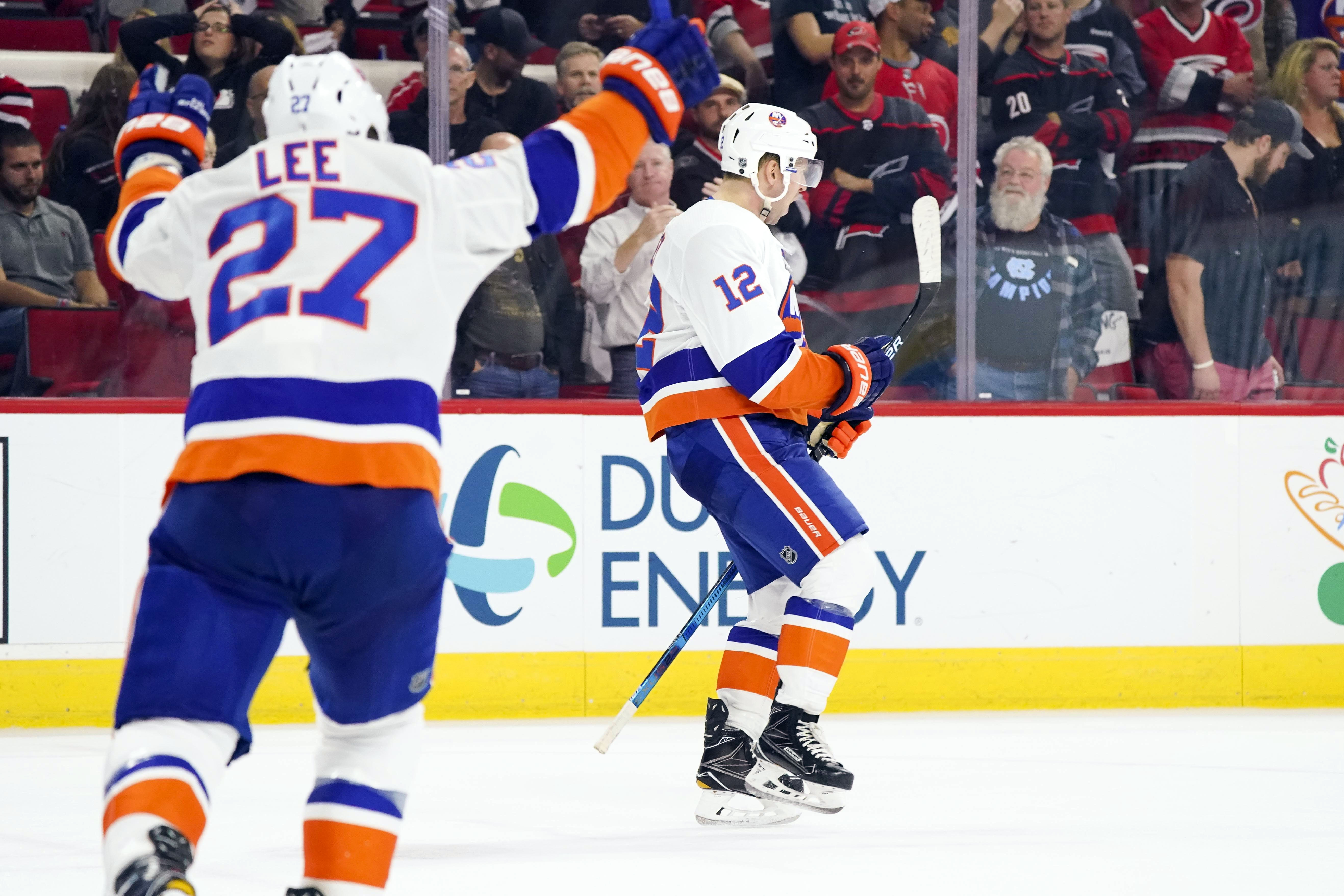 The Islanders forward scored the game-winning goal 43 seconds into overtime to push his team to a 2-1 season-opening win. Bailey blasted home a one-timer off a pass from Mathew Barzal.

The goal saved the Islanders from what could have been a heartbreaking opening night. The Islanders had led most of the game 1-0 off a second-period goal from Valtteri Filppula, but a goal from Jordan Staal at 18:25 of the third period tied the game at one.

Islanders starter Thomas Greiss made 45 saves in the win.

1. Josh Bailey was spot on after the game when he told reporters “when your goalie gives you a chance like that you want to win it for him.” The 45-save effort was an impressive performance out of the Islanders starter to open the new season. Greiss had good movement in the net and seemed to track the puck well throughout the night.

Greiss also had several impressive saves, including a moment in the second period when he took a shot off the mask and still managed to slide over and stop a shot from Sebastian Aho.

“Huge performance for us,” Bailey said. “A lot of big saves, timely saves. He was our first star tonight no question.”

2. “He was good tonight. You’re going to steal some and he was good. He had friendly posts and he was good. I thought he gave us a chance all night. I was hoping he’d get a shutout he played that well.” — Islanders head coach Barry Trotz on Greiss’ performance.

3. The strong start for Greiss was a good way to kick off the new season for the Isles goalie. Greiss, who is in the middle of a three-year contract with the Islanders, struggled heavily last season and if his team is going to see any kind of success this year they’ll need good goaltending.

Islanders to stream all games on Radio.com; Will continue broadcasts on WRHU and WRCN

4. It almost seemed fitting that Josh Bailey would be the one to score the winning goal in overtime. There was plenty of talk during the offseason of just how productive he would be without John Tavares. The conversation even made it to the Islanders TV broadcast. Bailey had back-to-back career season the past two years, but many believed that his production would dip without the former Islanders captain on the ice with him.

For his part, Bailey told Islanders Insight before the start of the season that nothing had changed as far as his approach or mindset for this season.

5. “We had a couple of plays that we had drawn up that we wanted to run. First one didn’t quite work and we had to fight to get the puck back. Swarm them a little bit and we were able to get it back, and (Barzal) made a great pass. Just put a good shot on it and found a way to the back of the net.” — Josh Bailey on his game-winning goal.

6. Unfortunately for the Islanders, what led to Bailey getting to play hero wasn’t exactly what anyone in orange and blue wanted. In an all too familiar plot, the Islanders allowed a late third-period goal to even the score at one.

The Islanders also surrendered 46 shots on goal, a rather high volume of shots to give up in a single game. The visitors were also outshot in every period of regulation on Thursday night.

“We have some work to do,” Trotz said after the game. “I thought we had way too many turnovers. I didn’t think we managed the puck. Our decisions weren’t really great, especially on our exits. We turned pucks over on exits. Our execution wasn’t good, but that’ll come. I thought we had a lot of watching rather than playing today in some areas.”