Packers Hope Young Receivers Are Ready for the Big Stage 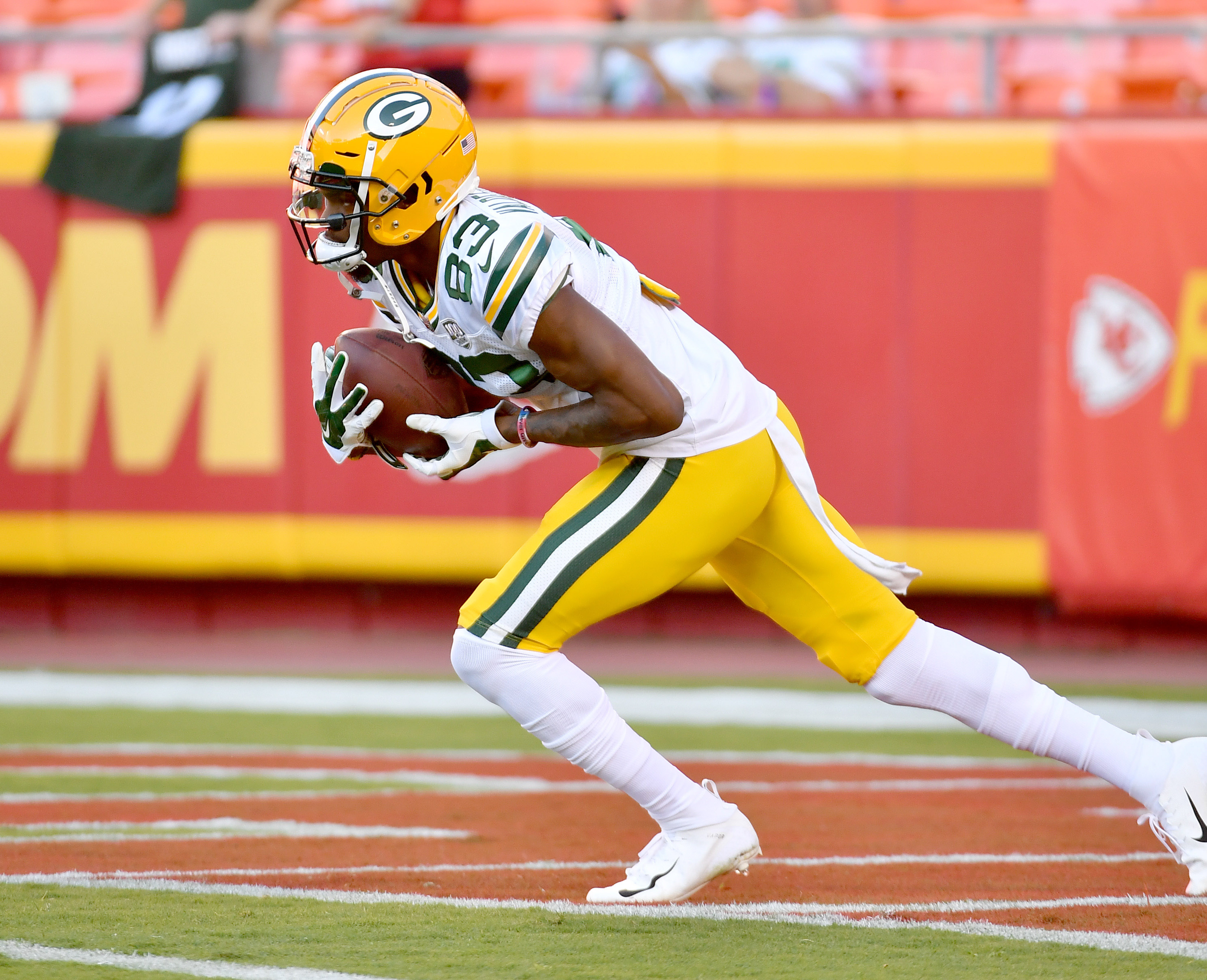 Packers Hope Young Receivers Are Ready for the Big Stage

Each of the Green Bay Packers top three receivers missed practice Thursday, leaving the Pack dangerously thin at the position heading into Sunday’s divisional showdown at Detroit. Green Bay’s depth may be tested this weekend as one or more of the team’s three rookie draft choices may be pressed into major roles for the first time in their young NFL careers.

Randall Cobb sat out last week’s game with a hamstring injury. He did not participate in practice on either Wednesday or Thursday as the Packers prepared for their game against the Lions.

Geronimo Allison left the Bills game after suffering a blow to the head and was placed in the league’s concussion protocol. Allison has yet to practice this week and will be unable to do so until a doctor clears him for action.

The Packers top receiver, Davante Adams, was limited in practice Wednesday, but apparently suffered a calf injury during practice and did not participate at all on Thursday. Adams presently leads the team 28 catches and three touchdowns through four games.

The Green and Gold presently have six active receivers on their roster. The remaining three wideouts are all rookies drafted this year by new GM Brian Gutekunst: J’Mon Moore, Equanimeous St. Brown and Marquez Valdes-Scantling. None of the three have been extremely productive over the first four games. Valdes-Scantling is the only rookie wideout to make a catch during a regular season game. He has two receptions for 41 yards including a 38-yard grab against the Bills last Sunday.

Rookie wide receivers rarely make a huge impact on offense. The jump from college game plans to the more complex playbooks of the NFL is a large one. During training camp, quarterback Aaron Rodgers voiced his frustration with the work ethic and progress of his young wideouts, complaining to the press that their effort during one drill was “piss poor.”

That was back in early August. Two months later seems like forever in NFL terms. Now the three rookies may go from being criticized in practice to playing very significant roles in an important game against a division rival.

The young receivers feel they are equal to the challenge. “I think we’ve grown a lot,” Valdes-Scantling said. “We’re still learning. We’re still growing, but from that day to now, there’s been a lot of progress made, a lot of plays have been made, a lot of trust has been earned. I think that’s something we had to do over time.”

Cobb acknowledged the progress the trio has made but explained that playing in a regular season game is a big jump from practice. “They haven’t had much of an opportunity early in the season,” Cobb said. “Those opportunities are going to come and it’s all about just them being ready for them. I think they’re progressing, but it’s easy to say that in practice. When you get in games, it’s a different situation.”

The Lions pass defense currently ranks second in the league in yards allowed per game. Darrius Slay is their top cover corner.  He was expected to match up with Adams, but if the Pack is without their number one wideout, Detroit will gain a big advantage.

In addition to the rookie receivers, head coach Mike McCarthy will almost certainly have to be creative when it comes to play calling if Rodgers doesn’t have Adams, Cobb or Geronimo to throw to. The Packers franchise quarterback will almost certainly focus more on tight end Jimmy Graham and former receiver Ty Montgomery if he is without one or more of his most reliable targets. It will be a challenge for the entire offense, not just the inexperience receivers.

For now, Moore, Valdes-Scantling and St. Brown are busy preparing for their biggest role yet during an NFL game. It is the chance they’ve been waiting for and the Packers hope it might be the next step in three productive careers.