Too Many Mistakes Lead to Braves Loss in NLDS Opener 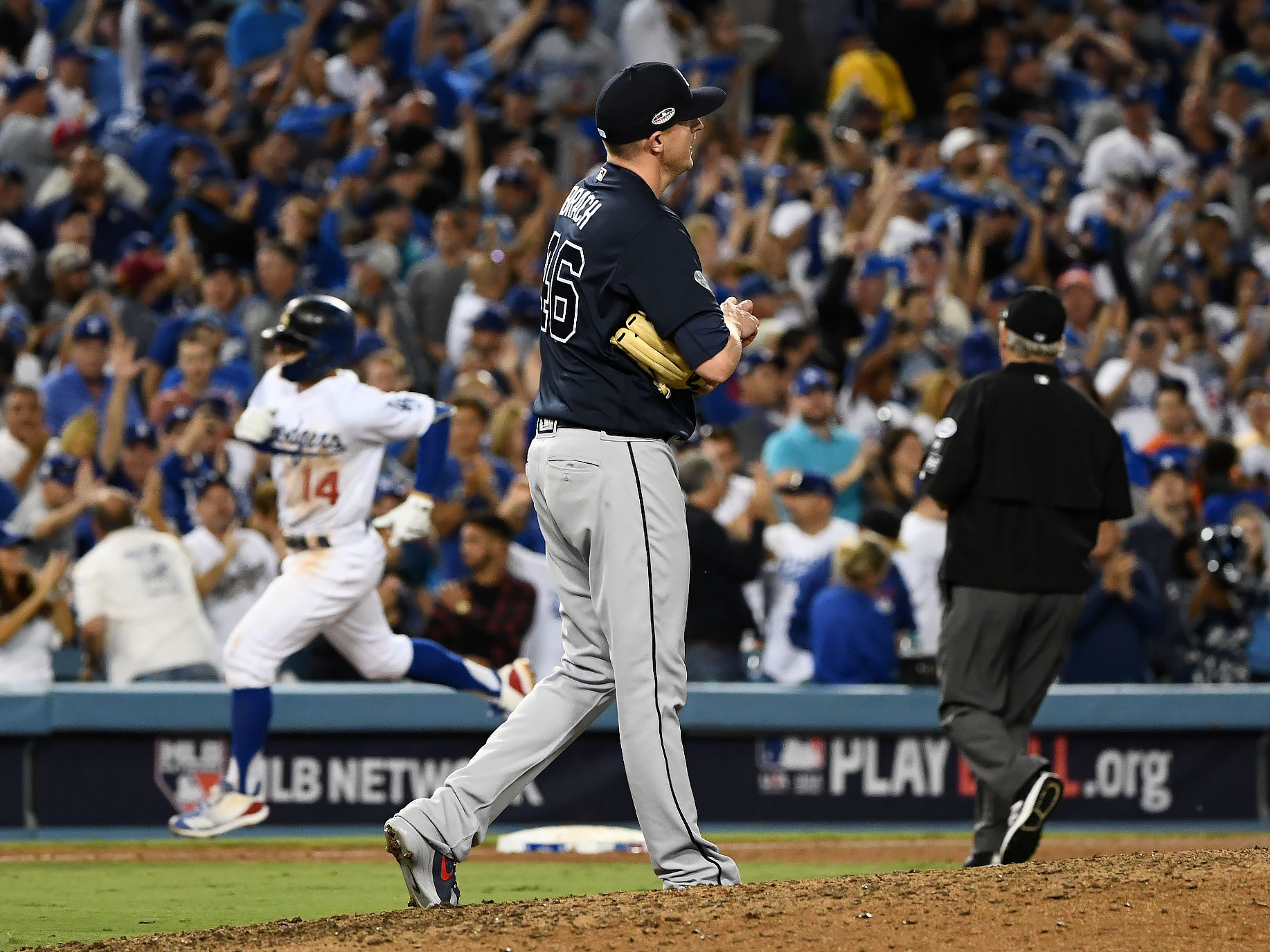 Too Many Mistakes Lead to Braves Loss in NLDS Opener

Well, that was ugly. The Atlanta Braves entered October with a dream of shocking the world. That may still happen, but their game ended a lot like the last seven postseason series for the franchise – with a loss. The last time the Braves won a Game One came in the 2001 NL Division Series against the the Astros. They would sweep Houston that year before running into the eventual champions, the Diamondbacks.

It started poorly with Joc Pederson hitting a solo shot off Mike Foltynewicz to begin the bottom of the first. The Braves ace would go on to load the bases, but got out of it with a strikeout of Yasiel Puig. The hope that Foltynewicz found his way after a rough start ended when, with two outs and a 1-2 count, Foltynewicz hit Pederson with a slider inside in the second inning. He then walked Justin Turner before perfectly placing a 96.6 mph fastball right in Max Muncy’s wheelhouse.

The Dodgers added on later in the game, getting runs off Brad Brach and Chad Sobotka, to run to a 6-0 lead. The story for the pitching staff was pretty typical for 2018. Foltynewicz walked three while Brach and Sobotka each walked two. That allowed the Dodgers, who were actually out-hit, to score six times because when they did get hits, they went a long way. None of the half-dozen hits for the Braves went for extra bases as Hyun-Jin Ryu cruised through seven scoreless frames.

The only positives for the Braves came in the performances of lefties Sean Newcomb and Max Fried. After Foltynewicz was lifted after two innings, Newcomb gave up a hit in two innings. He walked no one and struck out two. Fried followed with 1.1 hitless innings. He did pick up one of the eight walks the Braves dished out while striking out one.

If the Braves had any hope of making a comeback, it seemed to end in the sixth inning. In the top half, Ronald Acuña Jr. hit a grounder to deep short. He may have beat the throw to first had Manny Machado not bobbled it, but regardless, a runner was on to open the frame. However, things unraveled from there. Down four with the count full, Acuña Jr. was running on a 2-2 pitch to Johan Camargo. According to Braves manager Brian Snitker, Acuña Jr. missed a sign. In the end, Camargo swung through strike three and Acuña Jr. was gunned down. In the bottom half of the frame, Snitker made the questionable decision to lift Fried with one out for Brach. After Puig just missed on a homer, Enrique Hernandez drilled a homer to the left-center gap.

It wasn’t the Braves’ night. Fortunately, by winning their division, they can afford to have an off night in the playoffs. On the other hand, if they want to advance to the NLCS, they can’t afford another one. Tomorrow, Anibal Sanchez will look to even the series against Clayton Kershaw in the late game. Over the last three years, the current Braves roster has a wOBA of .250 against Kershaw while the Dodgers’ roster has a .380 wOBA against Sanchez. If Atlanta dreams of winning this series, it would be nearly impossible to do if those numbers continue to hold.

Just Me Thinking…Mike Foltynewicz’s early removal could allow the Braves to bring him back for Game 4 or even if needed out of the pen in Game 3. He’ll certainly be amped to improve upon Thursday night’s effort…Johan Camargo hit second with Ender Inciarte in the seven spot because of the left-handed starter. Expect to see that again tomorrow night…Anibal Sanchez faced the Dodgers twice this season. In the first game, he went 5.1 innings and allowed two earned runs, including a Max Muncy homer. In the second match-up in late July, he faced Rich Hill and was locked in a pitcher’s dual until the fifth inning steadily went away from him. He was charged with five runs in 6.1 innings…I had no problem with Snitker’s decision to bat Foltynewicz in the third and remove him. The bench, which remains a problem like it has been all season, was not likely to be of any help and it was too early to start emptying it.