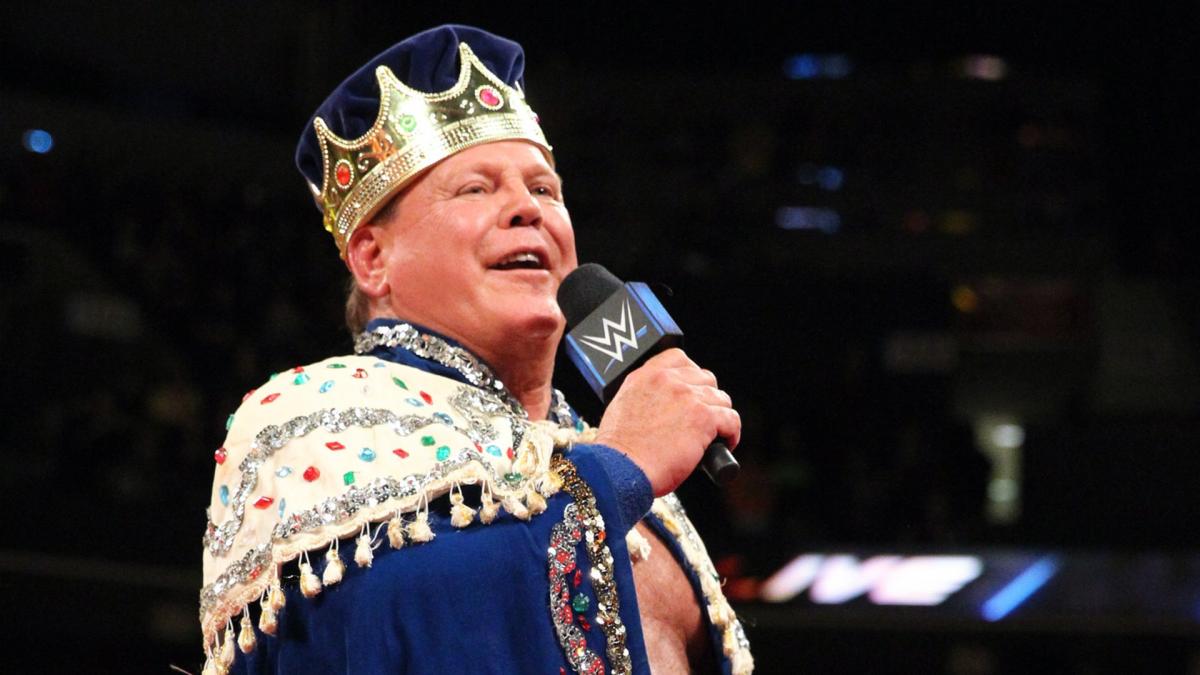 Politics and professional wrestling make strange bedfellows and have for a very long time. This is especially true for WWE, a company that continues to find itself linked to the political world in some very curious ways. Glen Jacobs, also known as Kane, is the newly elected Mayor of Knox County, Tennessee and WWE Hall of Famer Jesse Ventura served as the Governor of Minnesota.

Of course the most famous member of WWE’s Hall of Fame is the current President of the United States, Donald Trump. But while Trump makes headlines on a daily basis for political reasons, one of his fellow WWE Hall of Famers is now making headlines because of his ties to the Commander in Chief.

Jerry “The King” Lawler, who ironically enough ran for political office himself at one time, recently attended a rally for the President. The rally took place in Mississippi and WWE fans spotted The King in the crowd.

Lawler spoke with TMZ and stated that he caught some serious criticism for his appearance at the rally.

“We were asked by some people to go to the rally, and I went and unbelievably received from some social media some actual hate mail just for going to the rally of Donald Trump.”

The rally infuriated many Americans because of the way Trump openly mocked Christine Blasey Ford, the woman accusing Supreme Court nominee Brett Kavanaugh of sexual assault from an incident in 1982. Lawler went on to say that the WWE faithful missed the point of his presence at the event.

“But, I want to tell everybody … I wasn’t going there to see the President, I was going to see a fellow WWE Hall of Famer … that’s all.”

Jerry Lawler is one of the most respected and accomplished pro wrestlers of all time. His claim to fame as an active competitor came in the Mid-South territory, where he reigned for years and is still considered a living legend to this day.

Jerry also became a staple of WWE in the 1990’s and 2000’s as a wrestler and as a color commentator. Along with Jim Ross, Lawler was one of the primary voices of WWE on the air. Lawler continues to wrestle sporadically and is occasionally still used in WWE. Lawler suffered a tremendous tragedy in July of 2018 when his son, former WWE Superstar Brian Christopher, died from an apparent suicide.