From the Locker Room: Bradley Beal says Washington Wizards will be beautiful 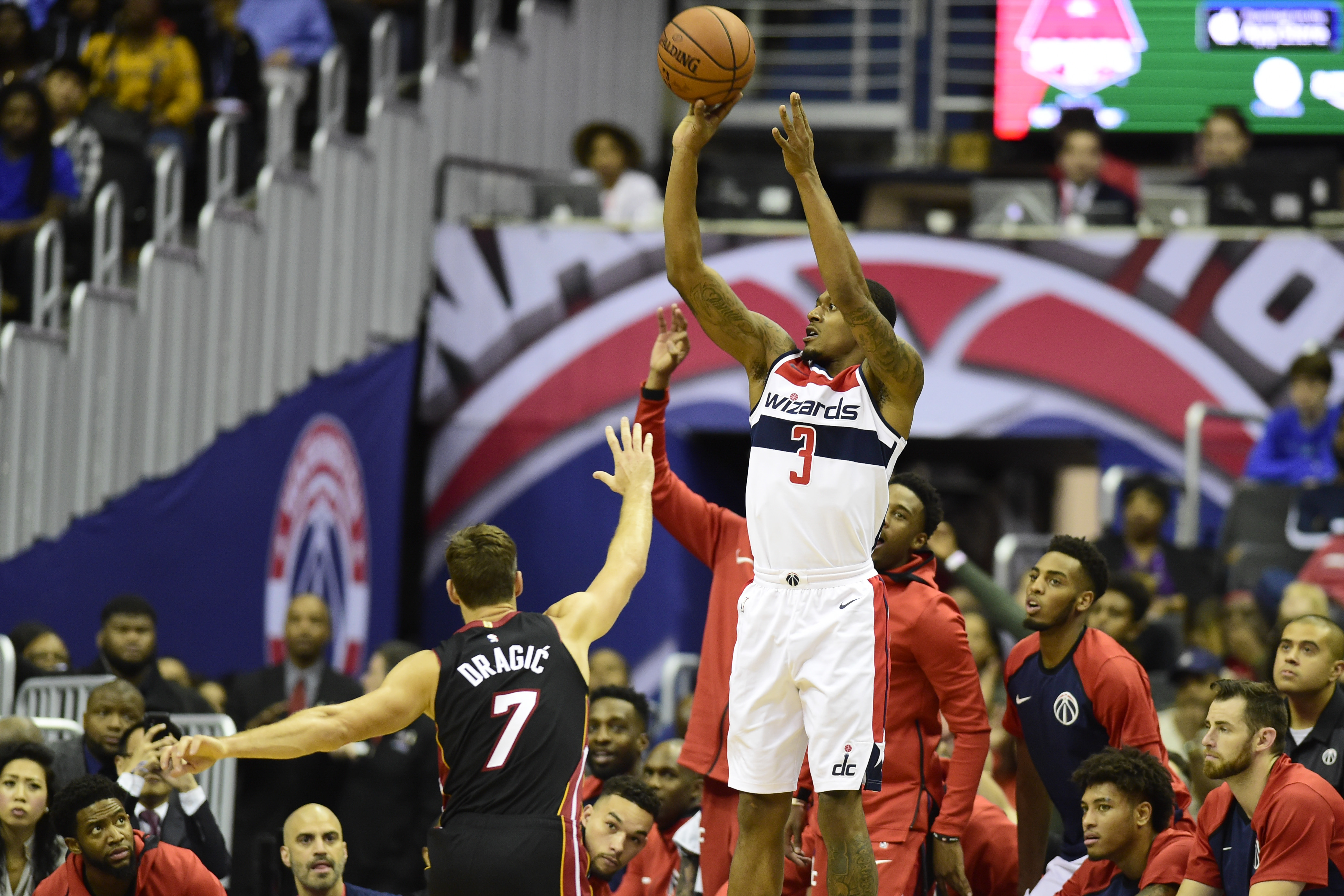 From the Locker Room: Bradley Beal says Washington Wizards will be beautiful

The Washington Wizards beat the Miami Heat, 121-114, in their second preseason game of the season. You can read about the three biggest takeaways from the game here. Here is what John Wall, Bradley Beal, and Markieff Morris had to say in the locker room.

On playing off the ball at times:

“I’m fine with that. There’s just different ways where teams can’t load up on me all the time. Most of the time I’m getting the ball in transition or pick and rolls. But nine times out of 10 the ball’s going to end up back in my hands. It just gives these guys the opportunity to get more comfortable with the ball and push the ball. One time Otto [Porter] had a fast break and I got in the lane, he threw it to me, I had a lay-up — I just missed it. I’m just trying to find ways to score so the other team can’t load up on me every time.”

John Wall is open to the idea of not being on ball all the time because it means teams cannot load up on him as much. pic.twitter.com/aQI3qqRYDx

On the three-guard lineup with Austin Rivers joining himself and Bradley Beal:

“I think it’s great, even having Otto there with changing the offense. Whoever gets the ball just run, push it and try to get it out so we can make plays for each other. We did a great job today of moving the ball. Defensively it was great. We had times where there was a lapse and we got pretty bad and offense didn’t move the ball as efficiently. Other than that, guys got shots and made some plays.”

On he and the team shooting more three-pointers:

“We all gotta get our legs up under us even more. It’s not going to be easy, especially when you are playing your regular minutes. Coach is working us back into the groove a little bit more. You just gotta shoot them and shoot them with confidence. Everybody always says ‘next shot, next shot,’ so it was next shot, not even just for me, but for everybody. I think we have that motto it just creates a great atmosphere for everybody and creates confidence for everybody. We are confident in the next man, believe in the next man to be able step up and knock down a shot or make the best play available for the team. We just got to continue to pound it in practice and continue to drill it and stick to it because it works. Don’t knock it until we fail at it, I guess.”

#Wizards have done a good job getting the three-point attempts higher, but haven't shot their usual percentage yet.

Bradley Beal says the team just needs to continue to have the next shot mentality and stick to it. pic.twitter.com/Rx7Vmie41Y

On the rejuvenated Ian Mahinmi:

“He’s got a lot of bounce in his step. He’s like Ian in Indiana a couple of years ago. We are happy that he’s healthy for one. That’s most important. More than anything. It’s just his confidence. The role that he is in… He understands that we need him on both ends of the floor. He’s one of our best defenders. He’s able to pass and score the ball offensively down low. He’s shooting threes, now too. Everybody’s doing it. Everybody’s getting better. That’s the most important thing. We are all getting better individually. It’s going to be beautiful when we all just put it together collectively.”

Bradley Beal on the healthy Ian Mahinmi: "He's got a lot of bounce in his step."
The All-Star point guard then proclaims "we're all getting better individually, it's going to be beautiful when we all just put it together collectively." 😍🔜 pic.twitter.com/QTdYpye9Et

On how he balances playing hard with pre-season play:

Markieff Morris was asked if he limits himself since it is just preseason. Nope, Keef had a double-double in just 26 minutes.

"I'm going hard, I'm going as hard as I would in a real game. That's the only way you can prepare yourself for the real season." pic.twitter.com/7rXj591EOa