Instant Analysis: Six Reasons the Packers Self Destructed in Detroit 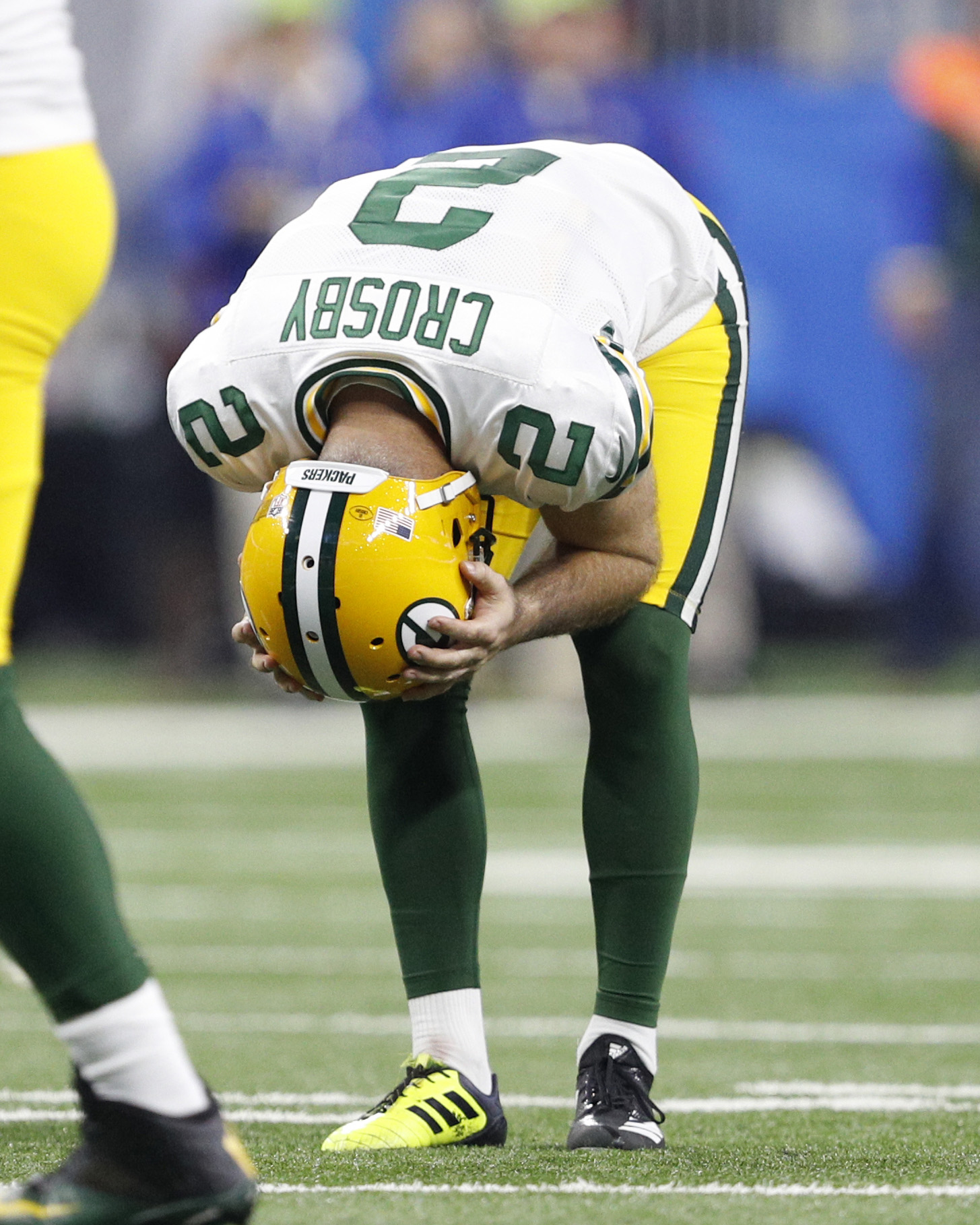 Instant Analysis: Six Reasons the Packers Self Destructed in Detroit

The Green Bay Packers played an ugly and sloppy game in a 31-23 loss to the Detroit Lions 31-23 in Week 5. Green Bay lost this game more than Detroit won it. The defeat leaves the Pack at 1-1-1 in the division and 0-2 on the road with the tougher part of their schedule still to come.

Green Bay’s special teams were awful in every facet of the game. The biggest and most obvious culprit was kicker Mason Crosby who missed four field goals and an extra point. This was by far the worst game of the veteran kicker’s career. The misses totaled 13 points, more than the margin of defeat.

Head coach Mike McCarthy was very smart to have Crosby boot a field goal in the closing seconds of the game to try to revive his confidence a bit.

Crosby was far from the only problem on special teams. The Packers muffed a punt in the early going that gave the Lions the ball deep in Green Bay territory for the first score of the game.

Later, a penalty wiped out a 65-yard kick return by Ty Montgomery that would have allowed the Pack to respond quickly to the first Lions score. The offense was backed up to its own 10 instead of having the ball on the Detroit 25.

The Pack also had a roughing the kicker penalty on an extra point that gave them poor field position on the ensuing kickoff.

The Packers outgained the Lions 521-264 for the game but still lost. Special teams failures were a big reason for today’s defeat.

The Pack finished the game with 12 penalties for 112 yards. That’s too many mistakes, especially on the road. Three of those penalties gave Detroit key first downs.

It wasn’t just the number of penalties but when they happened that hurt the Packers. The penalty that nullified the long kick return was the first costly mistake.

A taunting call against rookie DB Tony Brown that gave Detroit a first down when they would have otherwise punted was another killer. Brown was in the game on defense because of the injury that kept top draft choice Jaire Alexander out of the lineup. The Pack would have gained a lot of momentum had they forced a three and out after making the score 24-8 on their first drive of the second half.

Aaron Rodgers also committed a costly intentional grounding penalty on the play before Crosby’s third field goal attempt that made the try 16 yards longer for the struggling kicker.

Late in the third quarter, a face mask penalty against Josh Jackson got the Lions into Green Bay territory and gave their offense momentum after the Pack closed to within 24-14. That drive resulted in Detroit’s final score and all but put the game out of reach.

Any time the team seemed to be gaining some momentum, penalties seemed to derail it. That was too much to overcome for the Packers.

The Packers three rookie receivers all saw extended action on Sunday with predictably mixed results. Marquez Valdes-Scantling finished with seven catches for 68 yards and his first NFL touchdown. Equanimeous St. Brown had a 54-yard reception late in the game and finished with three catches for 89 yards while J’Mon Moore was held without a catch.

Scantling is clearly at a more advanced stage of development than the other two rookie receivers. He still had several errors including a sideline catch where he failed to get both feet in bounds and a play where he failed to cover the tight end resulting in an illegal formation penalty.

At times, the rookies failed to run the right routes and Rodgers was seen explaining their mistakes to them on the sidelines after both receivers ended up right next to each other in the end zone.

These young receivers all have talent, they just need experience. This was a learning experience, but the Pack clearly would benefit if veterans Randall Cobb and Geronimo Allison were back and ready for action next Monday night against the 49ers.

With Allison and Cobb out of the lineup, the Pack needed veteran receivers Jimmy Graham and Davante Adams to step up their play and assume a bigger role. Only one of them answered the call.

Adams finished the game with nine receptions for 140 yards and a touchdown despite playing with a calf injury. The Lions knew Rodgers would be focusing on Adams, but he was still able to make plays despite the extra attention.

Graham was pedestrian at best during the game. The big tight end finished with six catches for 76 yards, but some of those came after the outcome was already decided.

The key free agent signing also missed a crucial contested ball in the end zone which would have helped the Pack get back into the football game in the second quarter and pulled the Pack to within 17-6 (we can’t say Crosby would have made the PAT).

Graham signed a three-year, $30 million deal with the Pack. Thus far, the Pack has not gotten their money’s worth. Graham has been OK, but far from special in the first five games.

5. Aaron Rodgers Needs to Hold on to the Football

The Packers Pro Bowl quarterback fumbled twice and lost them both to set up the Lions for easy points. Rodgers’ mobility is getting closer to normal, but he is still less eager to take off and scramble unless he has no other options.

Rodgers doesn’t seem to be feeling the oncoming pass rushers as well as he has in past seasons. He needs to hold on to the football better or he will continue to hurt the team with costly turnovers.

6. The Defense Played Pretty Well But Gave Up Some Big Plays

The defense didn’t play poorly overall, although they gave up some big plays that hurt the team and took some bad penalties as discussed earlier.

The biggest mistake by the defense was a 60-yard pass to Kenny Golladay that set up the Lions second touchdown.

But the Lions other drives were all set up by Green Bay errors. The first drive came after the muffed punt. The Lions next two scores came after Rodgers fumbles gave them a short field.

This was a tough loss for the Packers to take and even tougher because it was a division loss. The Pack looks to bounce back next week when they host the San Francisco 49ers on Monday night.