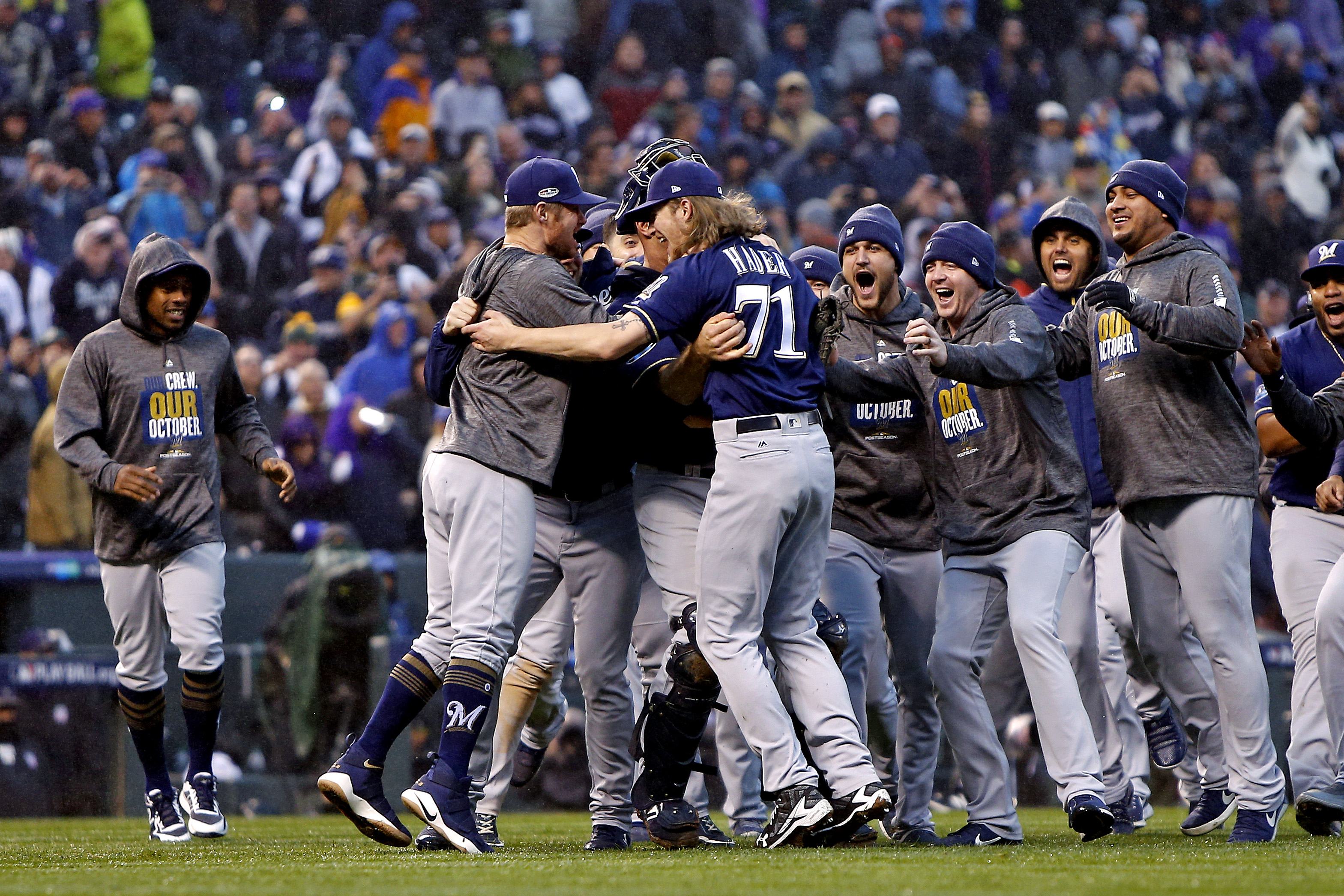 A week ago, the Milwaukee Brewers were entering a Game 163 tiebreaker against the Chicago Cubs at Wrigley Field. Not even seven days later, they’ve already punched themselves a ticket to the franchise’s third-ever NLCS appearance.

You could say that manager Craig Counsell‘s club has gotten hot at the right time.

Milwaukee’s NLDS matchup with the Colorado Rockies appeared to be an intriguing one prior to the series getting started, but Christian Yelich and friends didn’t have any time for chit chat. Their latest victory has them entering the next round armed with an 11-game winning streak, already among the best in baseball history considering the situation.

The @Brewers are riding an 11-game winning streak into the #NLCS.

Talk about getting hot at the perfect time. pic.twitter.com/HUm9UVJioI

It’s not just that the Brewers keep winning, though — it’s the manner in which they did so against Colorado. The Rockies mustered just two runs during this three-game sweep (despite playing one game at Coors Field). That’s something we haven’t seen in more than 100 years.

The @Brewers sweep the Rockies, allowing just two runs over the three games.

They're the second NL team to allow under 1 run per game in a multi-game postseason series, joining the 1905 Giants (3 runs in 5 games).#OurCrewOurOctober

To make matters even worse for an offense led by Nolan Arenado, Charlie Blackmon, and Trevor Story, all of those runs came in Game 1. Colorado couldn’t push a single player across the plate in its final two losses of the 2018 season, also putting them in this unfortunate company (fortunate if you’re the Brewers, at least).

The Brewers are also the second team in @MLB history to finish a playoff series sweep with back-to-back shutouts, joining the 1966 Orioles who shut out the Dodgers in the last 3 games of the World Series. #OurCrewOurOctober https://t.co/xSni0xdzg4

Everything is firing on all cylinders for Milwaukee right now. How can we be so sure? Let’s use veteran catcher Erik Kratz as an example, who entered this series with a career triple slash of .211/.258/.363 and a 65 wRC+ in the regular season.

Now the Brewers will just have to sit back and wait for their next opponent and hope the hot streak carries over despite not playing their next game until Friday. Either way, they’re assured of playing Game 1 of the NLCS at home, where they posted a 51-30 record during the regular season.

After 5 long years of patiently waiting, Minnesota Wild fans finally got their wish and managed to sign Kirill Kaprizov to (…)