Boston Red Sox cannot afford to have bullpen on mound 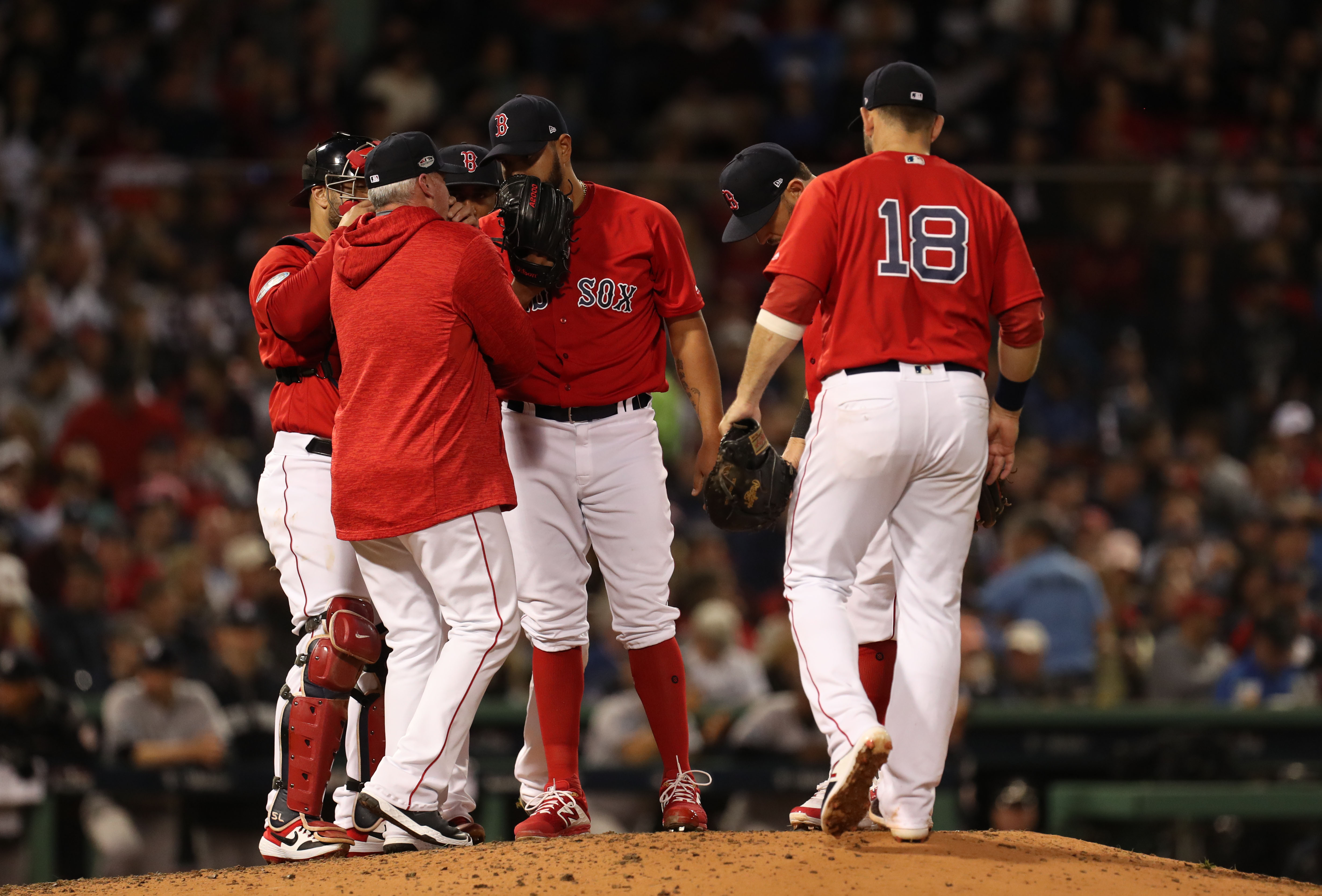 Boston Red Sox cannot afford to have bullpen on mound

The Boston Red Sox have come out of two divisional series games with one clear glaring weakness: their bullpen. After a disastrous performance from David Price, the New York Yankees made it clear that they will abuse their bullpen, taking away what could be a clear pitching advantage with the starting rotation.

The Red Sox had a bullpen that almost ruined a masterful Chris Sale performance, and the Yankees feel comfortable with anyone out of that bullpen not named Craig Kimbrel, who they already have a home run off.

The offense takes some blame too, because they need to generate more offense against the Yankees no matter who is on the mound. The difference, however, is the Red Sox have all the confidence they need in their bats to get to any pitchers on the Yankees. With the bullpen, particularly the middle relievers, there is little to no confidence, putting even more pressure on the starting rotation.

After Sale and Price, the Red Sox lose an additional edge with their starters, and they cannot expect anything impossible. No one can expect to shut out an offense as explosive as the Yankees, but having their starter get to the seventh inning with a lead can make all the difference for this team.

Going deep is the most important thing. These pitchers can afford to make mistakes here and there, but it all about mitigating the damage. With Price, things derailed far too quickly and he needed to be taken out of the game.

The rest of this rotation now knows how important it is to avoid that kind of disaster and play consistent enough to get through six innings without letting any inning get out of hand.

The Red Sox now have to try and win in a ball park that favors the Yankees tremendously, so it will be even harder for the pitching. Right now, it is clear that the Red Sox need to win with their offense, but balance is the only way to establish consistency.

Outside of Sale, the Red Sox do not have another pitcher they can expect to dominate, but they cannot get pushed around on a regular basis. It is always about containing the power against the Yankees, and making sure they do not get runs in chunks with runners in scoring position.

Nathan Eovaldi knows how important his performance against the Yankees is tonight, along with an offense that is yet to unleash their full potential. Timing is everything in baseball, but the Red Sox know they have the tools to overwhelm anything the Yankees are trying to do.

The fear, however, is that the Yankees blow everything they are trying to do up but getting to a pitcher early on. From there, the Yankees can easily breakdown their bullpen and put far too much pressure on the offense.