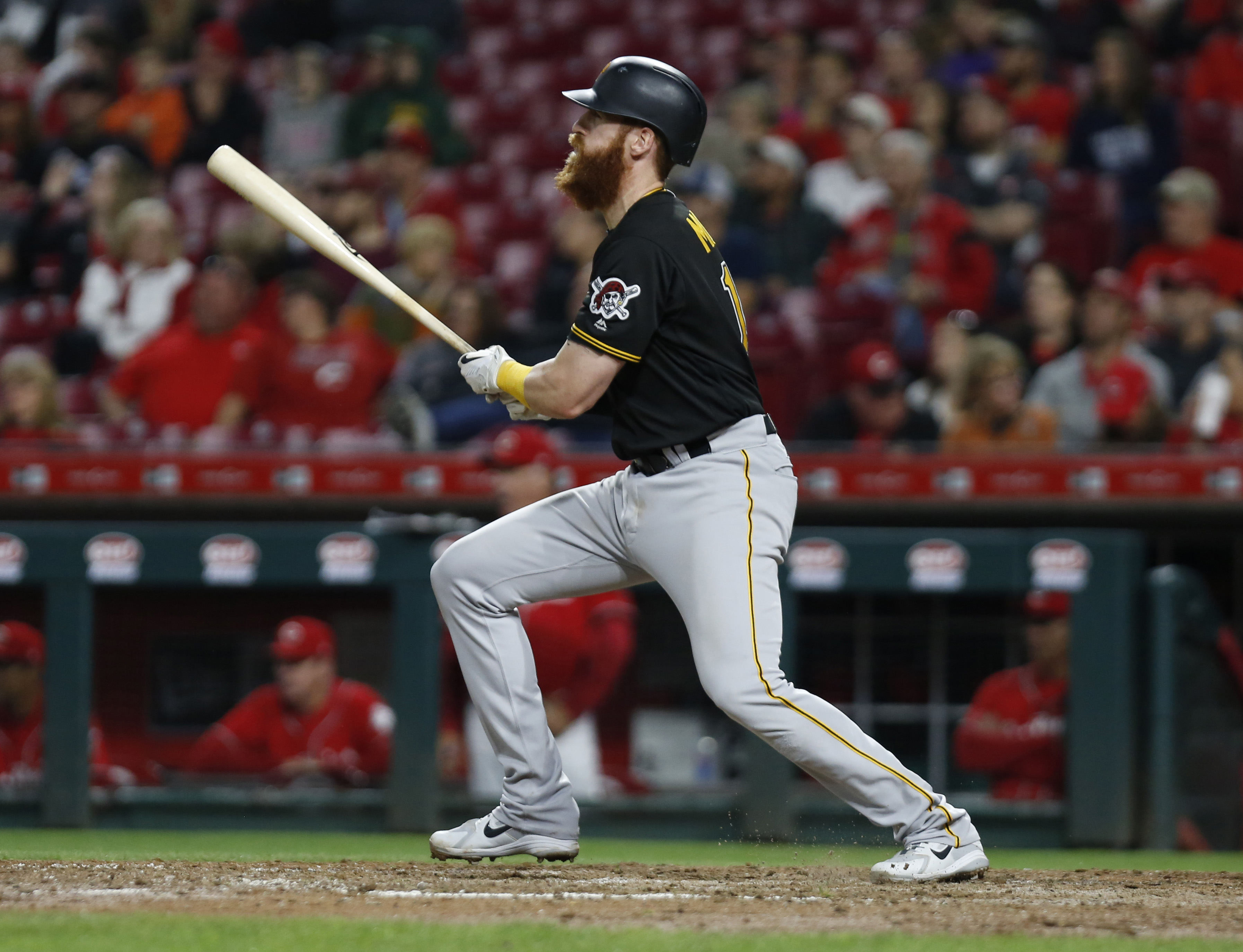 The Pittsburgh Pirates season is over and the divisional series is still going on.  No moves to bolster the 2019 Pirates can be made, so it’s time to review some prospects for the next few weeks.

To start off this series, here are the players who appeared on the rankings to start the year but for some reason did not finish the year ranked:

Starting off the off list are the Pirates two through four prospects at the start of the season, with two of those three being traded and two graduating (Meadows being both traded and graduating).  Of the eight no longer ranked in the system, seven either graduated or were traded, with only one backend prospect falling off.

Starting with the players traded, Austin Meadows and Shane Baz (along with Tyler Glasnow) were sent along for Chris Archer.  Archer posted a 4.30 ERA and 4.00 FIP in 52.3 innings with the Pirates (though he was much better in September than August posting ERAs of 3.49/4.68).  Meanwhile, Meadows hit .344/.396/.771 in 107 PAs for the Durham Bulls and Baz (ranked eighth in the Rays system and 106 overall) pitched just seven innings for the Rays rookie ball club.

While the trade at the time was fairly even, the Pirates are going to need for Archer to be who he was in September going forward.  He has the swing and miss stuff, he just hasn’t put it together for a full year since 2015.  Trading Meadows and Baz are two big prospects the Pirates traded, something Huntington has never done, so this is one storyline to follow.

The other two prospects traded were Taylor Hearn and Sherten Apostel.  Both players were traded to Texas for relief pitcher Keone Kela, who pitched to a 2.93 ERA and 2.97 FIP in his 15.3 innings in Pittsburgh.  Kela looks to be part of the bullpen for the next two years and he doesn’t turn 26 until next April.

The players they gave up are now the number six (Hearn) and number 13 (Apostel) in the Rangers organization with future value grades of 45 and 40+ respectively, with both have high risk according to Fangraphs.  This trade seems to be more inline with what Huntington has shown in the past with both players being replaceable internally and the club acquiring a cost controlled high leverage arm.

The Pirates traded three of their preseason top 10 prospects, a strange sight to see, but they also had one prospect graduate from their top 10 in Colin Moran.  Moran was a swing changer who had more lift in 2017, but at the Major League level this past year the power didn’t play.  The left-handed bat hit .277/.340/.407 and a .281 true average (TAv).

The TAv is always centered at .260, and since it produces the same rank as RPA+, Moran was 18 percent better than the league average with the bat according to this measure.  Other measures have him more league average with a 103 wRC+ and 105 OPS+).  Most of the difference stems in the situational hitting numbers.

Looking at the on-base and slugging, Moran’s .340 on-base was higher than the National League non pitcher average of .327, but his slugging of .407 was lower than the .417.  The Pirates need Moran to show more of that power that he did last year.

With the glove, Moran graded out below average with -2.7 FRAA (fielding runs above average).  Add the bat with the glove (and base running), Moran was a 2.1 win player (WARP) this past season, making him an average starter.  The Pirates, a team full of average, need more than that and a big way for that to happen would be Moran hitting for more power.

The Pirates traded (at the time/still is until a repeat of 2018) a number two starter in Gerrit Cole for Moran, Joe Musgrove, Jason Martin, and Michael Feliz.  In 2017, Cole was worth four wins (4.1 WARP) for the Pirates compared to Moran, Musgrove, and Feliz’s 4.5 combined in 2018.  That would be fine as a trade if roster constraints weren’t real (25 man roster), and having one player be worth four wins (was worth 6.4 in 2018) is certainly better than splitting it into two or three players.

For the Pirates to get better value from that trade and better production on offense, Moran needs to start showing some semblance of power.  Moran turning into an average starter is fine, it still makes him have value, the Pirates just need more.

Two other players who graduated were relief pitchers Edgar Santana and Dovydas Neverauskas.  Santana had a fine rookie season, posting a 3.26 ERA in 69 games, and he was really trusted by Clint Hurdle.  However, his season was cut short in September when he underwent Tommy John surgery and he won’t be seen until the 2020 season.

In replacing Santana in the bullpen, I suggest taking a look at either former Cardinal Trevor Rosenthal or current Rays reliever Sergio Romo.  It’ll be interesting to see how Santana’s future shakes out in Pittsburgh, he only produced a 19.9 percent strikeout rate this past season and he’ll be 28 the next time he takes a Major League mound.  It was a productive rookie season that turned sour.

Neverauskas, on the other hand, struggled.  The 25-year-old reliever pitched to a 8.00 ERA and 6.72 FIP in 27 innings.  For the Indianapolis Indians, Neverauskas pitched to a 2.53 ERA, 3.40 FIP, and a 30.2 percent strikeout rate in 46.3 innings.  Unfortunately for him and the Pirates, he would have success in Triple-A, get recalled, struggle, get sent down and succeed, and the pattern would repeat.

Entering the season, Neverauskas was a 40 future value and ranked 23rd in the system, or a middle relief pitcher.  He hasn’t shown that ability in Pittsburgh yet, and given the core of Rodriguez, Crick, Kela, Vazquez along with a potential signing and likely Brault (left-handed reliever), the future seems dim for Neverauskas.  He has an option remaining according to Roster Resource, so he’ll likely remain in the organization next year, but you have to wonder how many more chances he can keep getting before he’s cut loose.

The only player who dropped off the list was Pedro Vasquez, a 23-year-old pitcher.  Vasquez, who was acquired from the Mariners for Arquimedes Caminero in 2017, was a backend prospect with a future grade of 40 at the start of the season.  Given his performance this past year, a 4.85 ERA and 16.8 percent strikeout rate in 2018, it’s not a real surprise Vasquez dropped off the list.

The Pirates traded three of their top 10 prospects at the start of the year for Chris Archer and Keone Kela.  While Kela performed well for his first two months, Archer struggled.  Those moves weren’t meant for this year, but for the next few.  However, the Pirates are going to need for the Archer trade to workout given the potential that Meadows and Baz both contain.

Three players graduated, and their number four prospect was an average third baseman, but the Pirates need more out of him in terms of power to really have an impact in the lineup and in terms of value going forward.  An average player on an average team doesn’t move the needle.  One of their backend prospects in Santana had a solid rookie outing before unfortunately needing to undergo surgery to repair his throwing elbow.  The other backend prospect who graduated was Neverauskas, and he struggled all year in Pittsburgh and given the low value of relievers, especially of the mid relief type, his future isn’t all that clear.

The only player to fall off the list was Vasquez, a starter in the minors but a mid relief potential in majors.  He didn’t perform well in 2018 and going forward looks to be an organizational filler, and he was sent back to Bradenton from Altoona after being activated from injury.

** Numbers from both Baseball Prospectus and Fangraphs