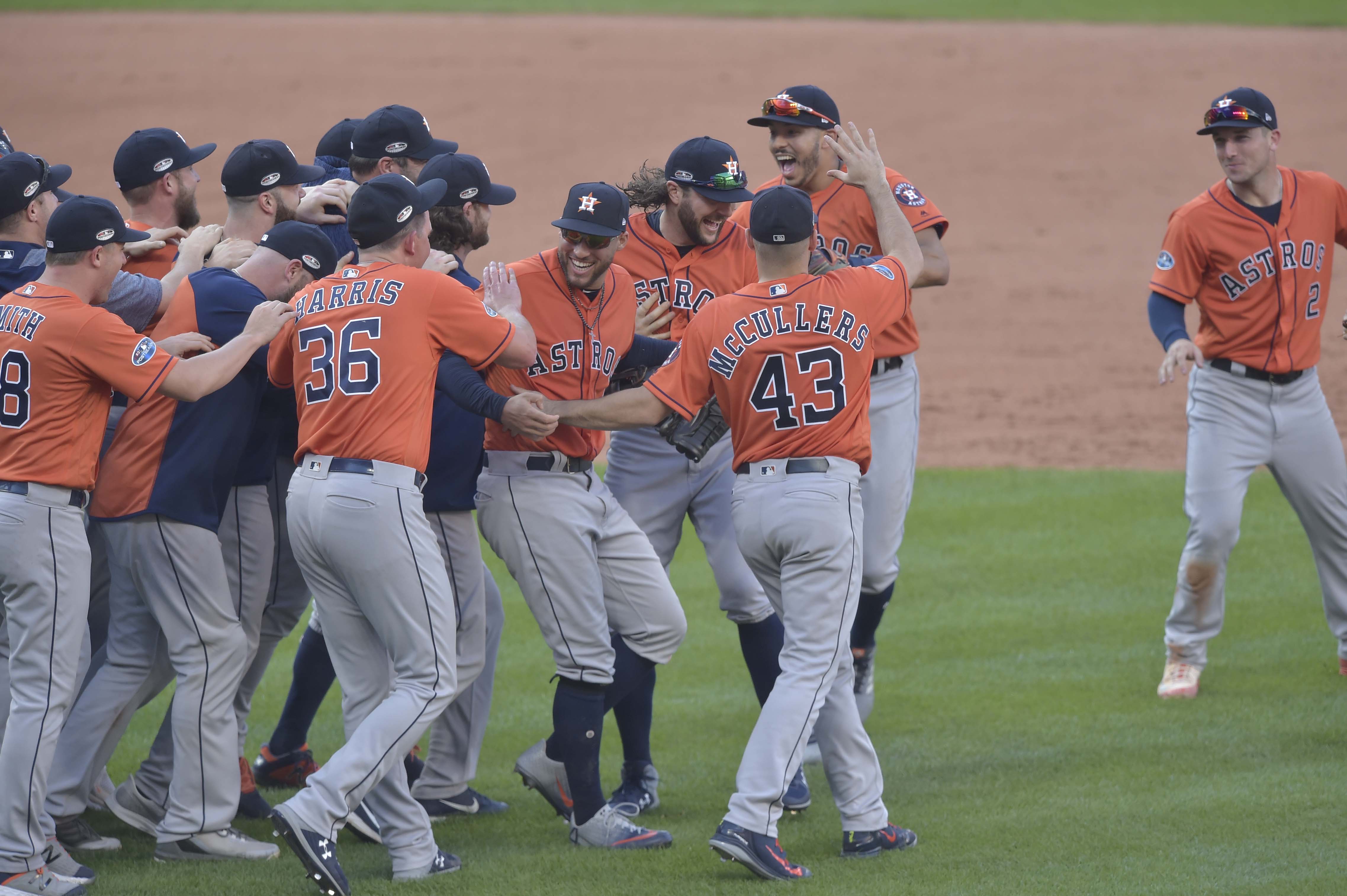 Do you think the Astros want another World Series win? By outplaying the Indians, a team that was considered their equal heading into the postseason, a statement was made.

The Astros defeated the Indians on Monday, October 8 in a dominant 11-3 victory at Progressive Field in Cleveland. The win secured the series sweep and another American League Division Series title. With an offense that can explode at any point and a pitching staff that mowed down the potent Indians lineup, the end result was inevitable.

Offense was the name of the game, as home run after home run was hit all over the place. Down 2-1 after six innings, the Astros scored three in the seventh, including a two-run double by Marwin Gonzalez. The Astros then scored six runs in the eighth inning, one of those runs coming from the second home run of the game by George Springer. The Astros added another run in the ninth to put an exclamation point on the series.

They are going back to the #ALCS. pic.twitter.com/0mijPNzmlP

This was the first postseason series sweep in Astros history. Per MLB.com, outfielder Josh Reddick had the following to say after the game about this Astros team:

“We just came in here knowing we were a better ballclub. Going up 2-0 at home was huge. We’ve been the best ballclub I’ve seen on the road. We came in here with all the confidence in the world we were going to get the job done. Credit the pitching staff for setting the tone for us so we can stay in games.”

It was a game Springer will never forget. Last year’s World Series MVP became the franchises postseason leader in home runs with nine, and is currently ranked third in hits with 32.

Oh, and what did the Astros’ rotation do during these three games?

That was without using Charlie Morton, who has been a true team MVP throughout the season.

Up next? The ALCS crown. The Astros now wait for the winner of the Yankees/Red Sox series. Until then, the goal is always the same. The team didn’t celebrate like every other team who clinched a series because they know they still have a long road ahead of them. For now, a chance to reflect will be on their minds, along with preparation. After all, they do have the time for it.