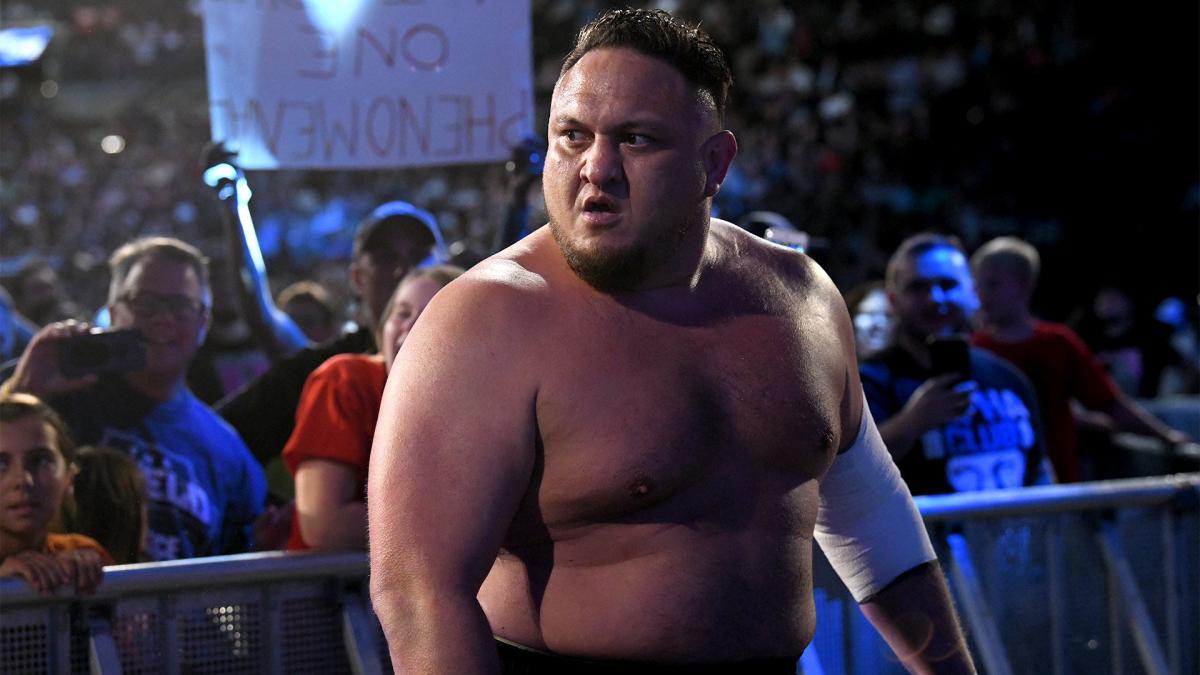 John Cena has been heavily criticized over the years for several different issues. One is the lack of depth to his character, which has remained a babyface since 2003. His colorful gear is another point of interest for critics who love to roast John over his perceived lack of style.

But the most infamous part of his overall presentation are the infamous Five Moves of Doom. It’s his go-to move-set, the regular routine he uses in nearly every match he’s worked for the bulk of his WWE career. Cena recently added a sixth move and Samoa Joe in particular is not impressed.

Joe recently spoke with Hollywood Life and made his feelings clear.

“The “sixth move of doom?” Yeah. So John Cena went to China, took some lessons, an all of a sudden, now he’s got a bad palm strike. Listen, I mean, listen. I’ve been traveling the world for years and I’ve been beating up people with martial arts techniques from far superior styles and techniques. So, I ain’t worried about that. You can come throw that back just all you want, and when you catch a foot in your face, you tell me how effective it is.”

John Cena and Samoa Joe worked some matches in 2017 and brought two very different sides of the business together in the process. Joe has always been seen as the hardworking pro wrestler who honed his skills against some of the toughest competition in the industry.

On the flip side, Cena has been viewed by critics as a manufactured Superstar. Indeed, Cena has worked the majority of his career in a company that protected his character though many fans have never held that against him.

John has since taken a step back from WWE and is focusing more on his new life in Hollywood. Samoa Joe continues to be one of the company’s most respected talents and recently lost his bid to become WWE champion against AJ Styles. It’s unknown if Joe’s comments will lead to any sort of confrontation between the two in the future.