Season Predictions Day 4: Who will be the Celtics most surprising player? 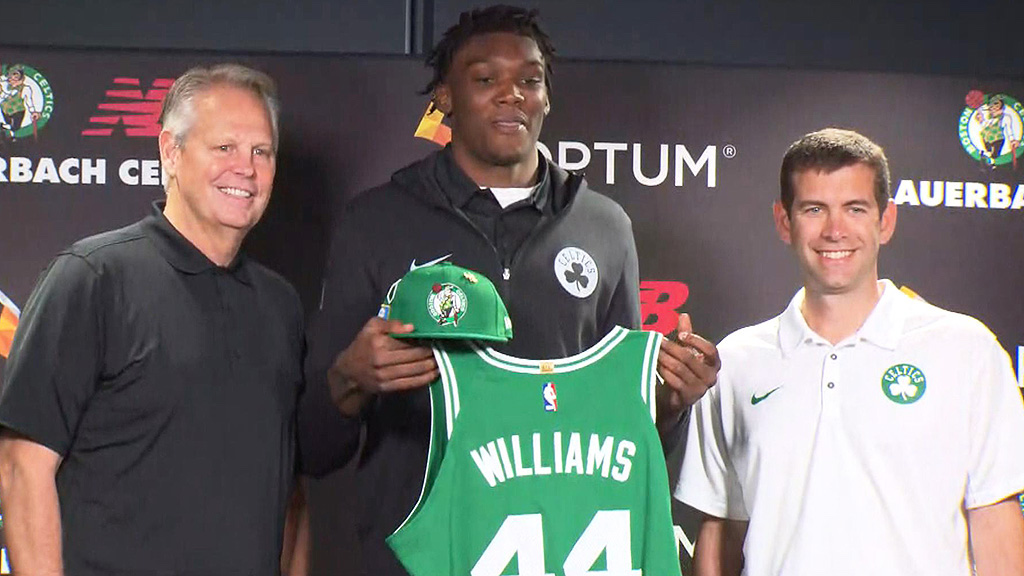 Season Predictions Day 4: Who will be the Celtics most surprising player?

In anticipation of opening night against Philly, the Red’s Army staff writers will make their predictions for how the 18-19 season will transpire. Today we make each pick a player we think will surprise this season. The Cs depth and talent have been discussed ad nauseam, but who will burst on the scene this year, or exceed expectations? Here’s who we picked:

Last year I was the only person to put Terry Rozier in this space, and so I was thinking of just writing in “mic drop” with no explanation. But I had to pick someone and on a deep team with little room to “surprise” I’m going to pick Williams. If there’s any lack of depth on the Cs it’s in the front court, where Al Horford could get some maintenance days, Aron Baynes doesn’t usually get more than 25 minutes a game, and Daniel Theis is an injury risk. Rob Williams will see plenty of time in Maine, but something tells me he’s going to get some chances here in the winter months. He has impressed so far in the pre-season — the dude knows what he’s doing out there on an NBA court, and he was a projected lottery talent. By playoff time, I think he’s on the active roster, and could play a “break in case of emergency” role when the Cs need rim protection.

People have spent months talking about most other guys while Brown has slid under the radar. Aside from an early summer “we don’t want to trade future Kawhi for current Kawhi,” we haven’t talked a lot about his impact on this team. Brown clearly feels like he’s going to be a major part of the offense, and he’s going to be aggressive in making himself just that.

With the roster from last season pretty much unchanged, the Timelord is about the only one who could surprise us. He’s already shown some flashes, and he also has Weird Celtics Twitter posting his success into reality. It all depends on if he sees the court enough (in Boston, not Portland).

I don’t think he necessarily makes the sort of leap Jaylen did, but I think his confidence and execution improve considerably. Just a feeling.

Plummeted in draft, shaky start, but has great instinct and athleticism. More viable long term plan to develop him than Theis, for example.