Start spreading the news: The Red Sox beat the Yankees and I'm peeved 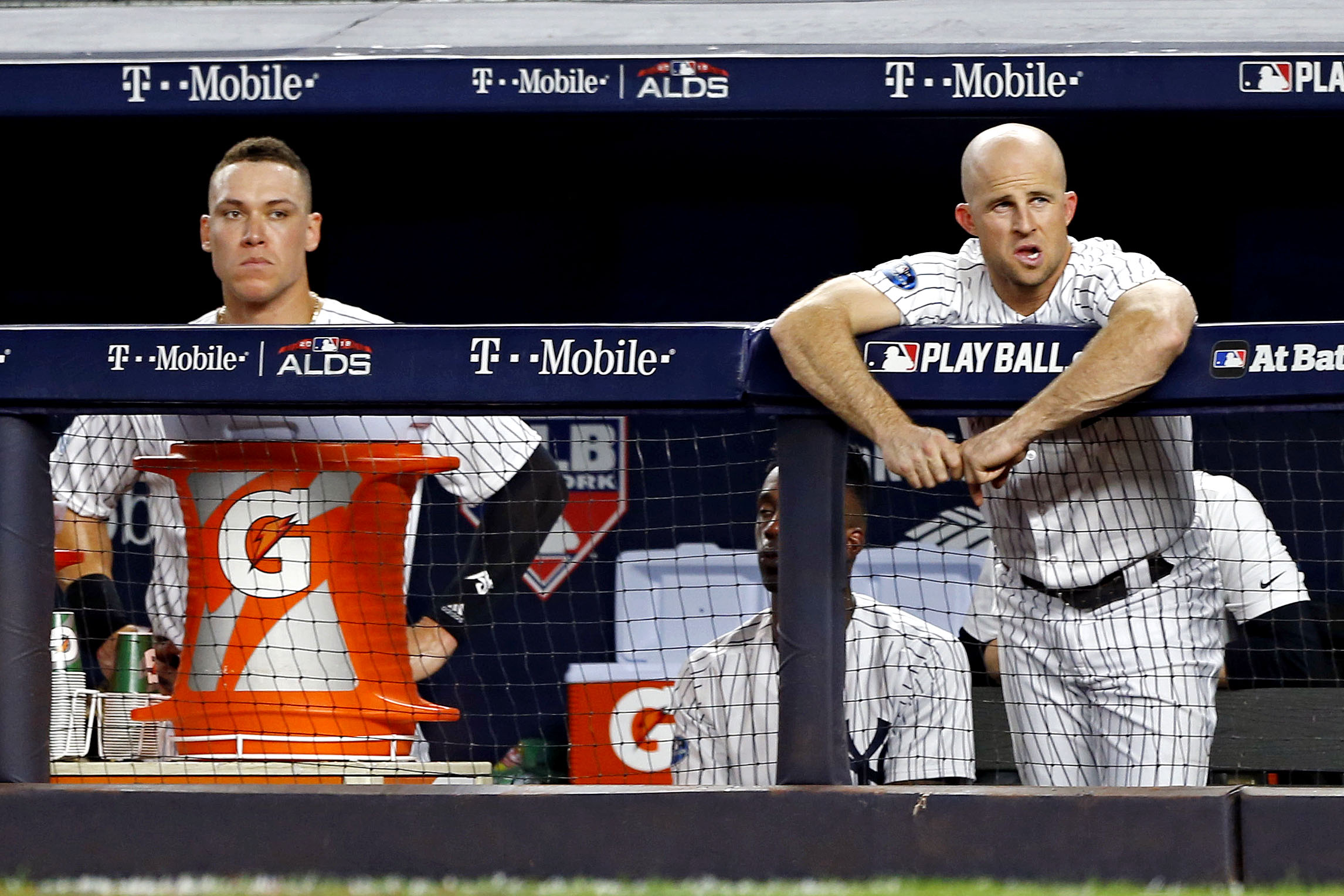 Start spreading the news: The Red Sox beat the Yankees and I'm peeved

So much for that Yankees-Red Sox rematch. The 2018 ALDS was obviously a disappointing (and frankly, kind of boring) series for us Yankee fans. Our team may have won 100 games this regular season. But with the exception of one game, against honorary Yankee David Price (who got a huge ovation from Bronx Bomber fans last night), and a few at-bats at the end of Game 4, the Yanks really spit the bit this year in the playoffs. Not a single Yankee homer in Yankee Stadium, either. Shocking!

I don’t believe in karma (I stopped believing in it after Donald Trump was elected president, although some think that Hillary Clinton losing showed karma does exist!) But I do believe in this advice from Kenny Rogers (the singer, not the former Yankee/Met pitcher!) in his classic song “The Gambler”:

You never count your money
When you’re sittin’ at the table.
There’ll be time enough for countin’
When the dealing’s done.

Or you can quote Jim Croce’s advice about not tugging on Superman’s cape or spitting into the wind. (Yes, I’m kicking it super old school today!) At any rate, there is something to be said for delayed gratification when it comes to trash talk.

Which brings me to two idiotic things involving The Rivalry that happened this series. The first was Aaron Judge taunting the Red Sox by playing Frank Sinatra’s “New York, New York” while leaving Fenway Park after Game 2.  I love Judge but his, well, judgement in doing this was terrible. There’s time enough to taunt *after* you win the series, not before. Why take a chance of firing up the opposition?

I remember that back in 2004, Gary Sheffield trashing the Red Sox in an interview was something Boston got fired up about before Game 4, with somebody distributing copies of the article in the Red Sox clubhouse to make sure every player saw it. Judge needling Boston like that may have made Yankee fans smile, but it was a counterproductive measure as far as the series itself.

So last night, the Sox got back at Judge and the Yankees by blasting “New York, New York” in the clubhouse during their victory celebration.

I can’t really argue with that!

The second idiotic taunting move was having Bucky Dent throw out the first pitch before Game 4. I thought this was a joke when I heard it was going to happen, because I was shocked the Yanks would go to the well again on this gesture. It was stupid to do this before Game 7 of the 2004 ALCS and it was even more stupid to do it again last night, especially, thanks to Johnny Damon’s second-inning grand slam, it failed so miserably the first time.

Did whoever in Yankeeland (Brian Cashman, Randy Levine, Lonn Trost, or Hal Steinbrenner) who signed off on this scheme think that Boston was going to melt in the dugout over this and flip out? Again, it didn’t work 14 years ago and it certainly didn’t work last night. At any rate, not a single player (not even either team’s manager) is old enough to remember 1978 firsthand anyway.

Heck, if you are going to do a trash talk move, not that I would agree with this, but having Johnny Damon throw out the first pitch for the Yankees would have been better than Dent!

And new manager Aaron Boone didn’t exactly cover himself in glory, either, especially with his pitching mismanagement with Luis Severino in Game 3 and CC Sabathia. Boone seems to be a nice enough guy, but I’m kind of underwhelmed with him as a manager so far. But hey, at least the Yankees bullpen is fresh for future games! Oh, wait.

I’m all for remembering the past, but Boone getting the top managerial job in baseball with no experience managing because of a big homer against Boston 15 years ago was a reach, especially given how many guys struggle in the bush leagues for decades to get *one* chance to manage a major league team. What’s next — putting Dent in again as manager?

While I do think it was time for Joe Girardi to go, Boone isn’t the long-term answer.

It also looks like Giancarlo Stanton is the new A-Rod as far as being the face of postseason disappointment. Here is just one of the many media comparisons of the two:

If Stanton had done anything positive in that last at-bat against Craig Kimbrel, his image in New York would be much better, but striking out then was not exactly the best way to end his first season in the Bronx.

Also, was it just me, or did the Yankee crowd seem extremely deflated after Gary Sanchez’s sacrifice fly? Even though a run scored on that, unlike Stanton’s strikeout, the moment seemed to take the proverbial wind out of the crowd’s sails.

I turned the game off last night after the last out — or what looked like the last out. I missed the video replay on the call, but Angel Hernandez is just the worst. How does that umpire get to keep his job, let alone do playoff games? I know people accused CC Sabathia of sour grapes for him saying that, but both teams found Hernandez awful. So I missed all the Sox celebrating on Yankee turf — literally!

Anyhow, Boston and their fans have every right to gloat right now. They won fair and square.

But you know who doesn’t have the right to celebrate and gloat? Mets fans like Squawker Jon. Y’all won nothing. Your team’s season was over like five months ago. So zip it already!