Who Will Stay and Who Will Go? Indians Potential 2018 Free Agents and More 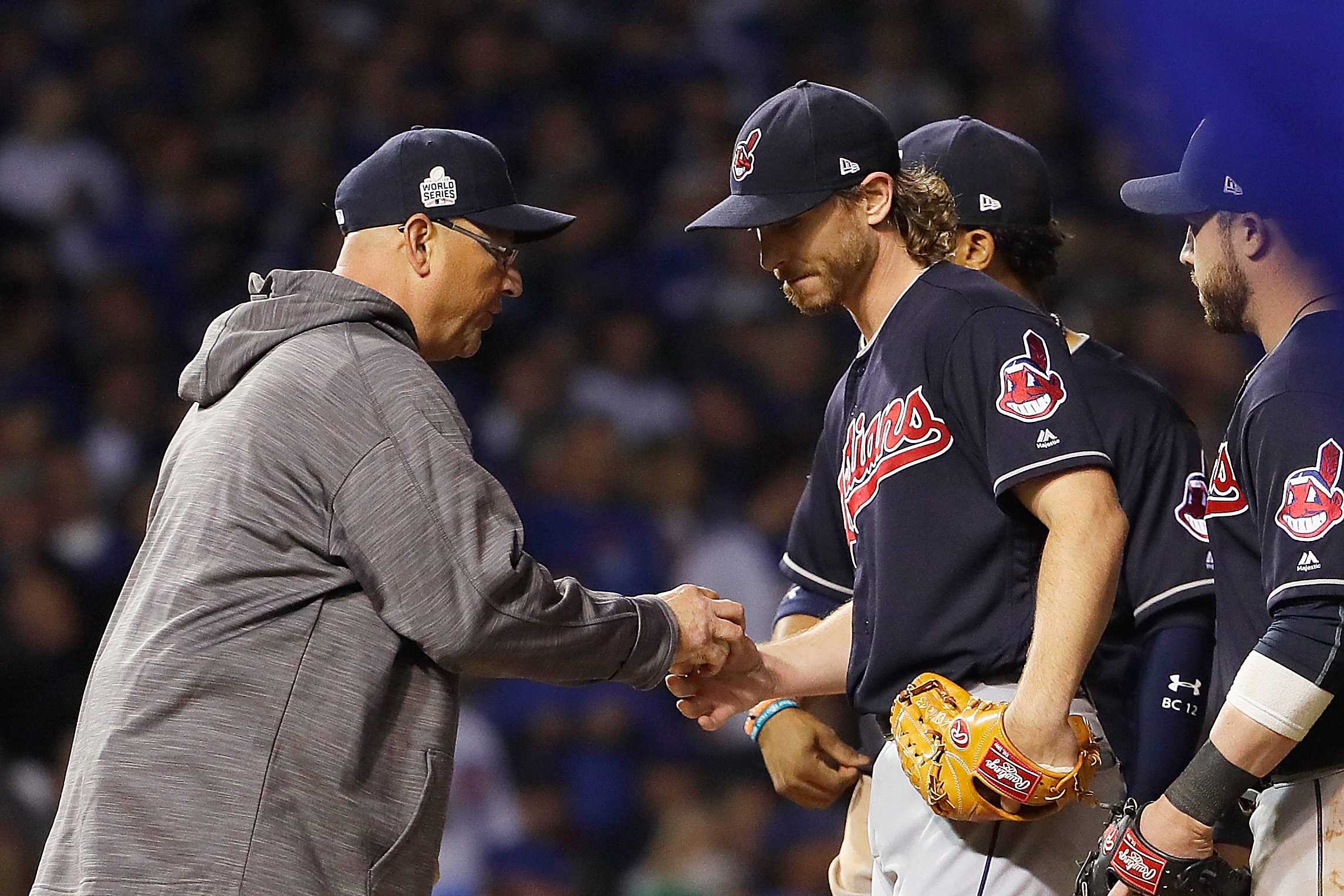 Who Will Stay and Who Will Go? Indians Potential 2018 Free Agents and More

Before heading into the off-season, it’s important to know how the team stands contractually. While some of these situations are common knowledge, there were so many roster moves made in 2018 that it can be difficult to keep up. The following is a description of the situation for every single who ended the season on the active roster or disabled list, starting with those most likely to leave the franchise before 2019 and ending with those who will be around for a long time.

The biggest hit for the Indians will be in the bullpen. This is nothing new as 2019 has been a year of worry for multiple years now as Indians fans have watched the contracts of Cody Allen and Andrew Miller near expiration. In addition, Zach McAllister (released a few months early) and Josh Tomlin are also slated to hit the market, leaving the pen extremely short handed. Making matters worse is the fact that one of the most successful fill in players, Oliver Perez, is also a free agent.

If that isn’t enough, this really could be the end of an era in Indians history as Michael Brantley and Lonnie Chisenhall will join Tomlin and Allen on the market, accounting for 34 total seasons with the Indians. None of these players have ever played for another team and this will leave just a handful of players who started their careers prior to 2013.

In addition to the long term Tribesmen, 2018 free agent additions Adam Rosales, Melky Cabrera and Rajai Davis will all reenter the market as will trade acquisition Josh Donaldson. Of these, Donaldson is the only significant loss as the first time free agent looks to bank in on his previous accolades including three All-Star appearances and an MVP.

The Indians have used the team option liberally in recent years when signing extensions and two players had their guaranteed years end after 2018 with options for 2018. Brandon Guyer has a $3M option with a $250K buyout and, while he had a poor season in 2018, it’s hard to see the Indians letting him go for such a low price tag. This is especially considering the shallowness of the outfield with Brantley, Chisenhall and Cabrera hitting free agency while Zimmer will miss the first half of next year and Martin could miss the whole season.

There is no question that the Indians will pick up Carlos Carrasco‘s $9M option ($662.5K buyout) after another incredible season on the mound. He has a second option for $9.5M (same buyout) for 2020, so he will likley not be a free agent until 2021.

Signing alongside Carrasco was Corey Kluber, who is guaranteed $13.2M next year, a number that will likely climb to $17M once the Cy Young votes are in. He has his first option in 2020 ($13.5M) and a second for 2021 ($14M), both of which are embarrassingly low given his talent and should be exercised.

Both Yan Gomes and Jason Kipnis were also given extensions in previous seasons and are guaranteed through 2019. Their options are far from certain things, however, as Gomes could be given $9M to stick around for 2020 and $11M for 2021 ($1M buyout for both seasons) while Kipnis would be owed $16.5M for 2020 with a $2.5M buyout.

Don’t worry Tribe fans, the Indians top player is going to be around for a long time. That’s right, Roberto Perez is guaranteed a contract through 2020 with options for 2021 and 2022. Jose Ramirez is also signed very long term with guaranteed seasons through 2021 when he will be paid the criminally low amount of $9.4M. He also has two options that the Indians should just guarantee now to make up for the fact that he’s made less than $5M in his career so far while being worth more than 22 WAR.

2018 trade acquisition, Brad Hand, may have cost the Indians Francisco Mejia, but he could help save the bullpen with the losses of Allen and Miller expected. Hand is guaranteed about $14.5M over the next two seasons and has a $10M option ($1M buyout) for 2021.

In the most complicated situation of any Indians player, Leonys Martin is not a free agent, despite many sites listing him as one. He is, in fact, heading into his fourth and final year of arbitration (which is why the Indians were willing to trade their top MiLB short stop for him). However, there has already been one report by Jon Heyman that he will miss the 2019 season with the same bacterial infection that cost him the second half of 2018 and, if that is the case, he may be non-tendered, making him a free agent in 2020 when/if he returns.

In more typical fashion, Trevor Bauer and Danny Salazar will each enter their third of four years of arbitration. Neither are likely to enter talks for extensions as Bauer has made it clear he is not interested in doing so until he hits free agency after 2020 and Salazar’s future is completely up in the air after missing all of 2018. It is possible the Indians even non-tender Salazar as he is due a raise from the $5M he was paid this year not to pitch.

Brandon Barnes and Neil Ramirez joined the franchise this season and are set for their second seasons of arbitration eligibility. Given their varying levels of success, it wouldn’t be surprising to see the Indians retain both players. This is especially true given the lack of depth in both the outfield and the bullpen.

Entering their first seasons of arbitration are Francisco Lindor, Cody Anderson and Nick Goody. While Lindor is an obvious extension candidate and nearly guaranteed to stick around through at least 2021, the other two are less of a sure thing. Anderson missed the entire season while recovering from Tommy John surgery, pitching just three innings with three different minor league teams this year during rehab assignments. He should be ready by the start of 2019 if the Indians want to take the risk.

Goody missed almost all of 2018 after straining his elbow and having subsequent arthroscopic surgery. His poor start to the season could be blamed on that injury or the small sample size and he is likely to be retained for 2019 and should be ready for spring training.

Following them are the youth of the active roster. Rookies Shane Bieber, Adam Cimber, Greg Allen, Eric Haase and Adam Plutko who could all be with the team for an extremely long time should their services be needed. Yandy Diaz, Tyler Olson and Bradley Zimmer are also pre-arbitration. Diaz and Olson are likely to make the 2019 opening day roster, although Zimmer is expected to miss half the season after having arthroscopic surgery on his shoulder last July.