Your Morning Dump… Where Kyrie Irving is still polarizing 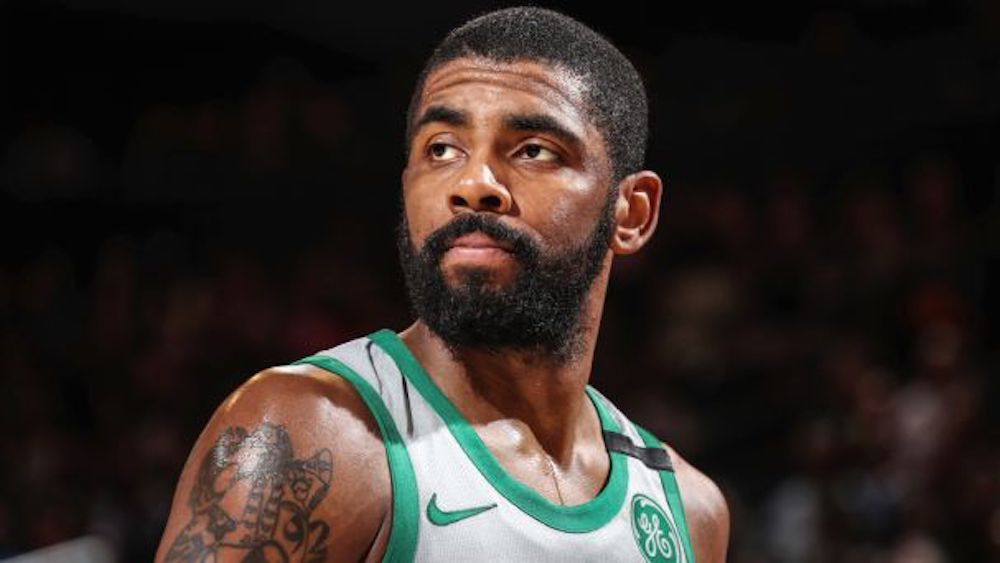 “A lot of times, people that have acquired so much status or so much respect or experience throughout the game, or throughout any walk of life, they don’t want to share it,” Brown says. “Kyrie’s the complete opposite. He’s completely willing and open to sharing any information that he’s learned along his way.”

For Smart, the clearest vision of Irving came in September, after Smart’s mother, Camellia, died of cancer. Irving, whose mother, Elizabeth, died when he was a child, sent Smart a paragraph-long text message offering his sympathy and open-ended support.

“He actually cares for people,” Smart says. “He sits, he talks, he cares about you, wants to know how you’re doing, what’s going on in your life. … It shows a lot about his character.”

They have to figure out if Kyrie Irving and Gordon Hayward benefit the offense in the right way or not. Kyrie is a selfish player, that’s just who he is. He’s more scorer than point guard—not that there’s anything wrong with it. There’s something awesome about having a guy who can go for 50 any night. But with him and Hayward and Jayson Tatum and Jaylen Brown and Terry Rozier, will they be able to share the ball?

I just wonder, will Kyrie be able to run the offense the way Brad wants them to run it and will everyone get their touches? It’s not a bad problem to have, but it was a problem in Cleveland. It’s just who Kyrie is.

Kyrie Irving is 26 years old, a top 15-20 player in the NBA, and has verbally committed to playing with the Celtics through the prime of his career. He’s also painted as one of the NBA’s most enigmatic stars, though since coming to Boston, there hasn’t been much negative press. No grumblings of unhappiness, or aloofness, and lots of stories like the ones told by his teammates in Howard Beck’s fantastic piece that ran yesterday (you should read the whole thing if you haven’t yet).

But that doesn’t stop anonymous scouts from falling back on Kyrie tropes — “selfish” “score first” “alpha” “problem.” Because Irving is a bit of a different dude on and off the court, these labels will follow him throughout his time in Boston and for the rest of his career.

Beck addresses this in his piece by mentioning two of the best scorers to ever play the game — Jordan and Kobe:

And maybe it’s both, which would make Irving no different than his mentor Kobe Bryant, or Bryant’s idol Michael Jordan or any number of other dazzling talents in basketball history. The greats always believe they can do it all. As Bryant said: “I trust the team. I just trust myself more.” Selfishness, in other words, is in the eye of the beholder.

It seems like Kyrie has really found himself here in Boston — off the court where he’s immersing himself in the academia of Harvard, mentoring young teammates and displaying synergy with both coach and front office. It will be interesting to see if he can prove those “scouts” (quotes because who knows who they actually are) wrong on the court this season with a roster stocked with talented players.

A majority of our staff picked Irving as team MVP this season. He’ll also be the most interesting Celtics player to watch — on and off the court.

On page 2, Austin Rivers thinks the Wizards are on par with Cs

Rivers told CBS Sports’ James Herbert “I think we’re heavily slept-on. Team’s been to the playoffs, what, the last five, four or five years?… I get the hype of a couple of the other teams, but I think we have a chance to compete with the best of the East.”

Rivers said of the Pacers “Yeah, I would say Indiana’s the other team that gets slept-on, too… And nobody seems to talk about the Pacers because everybody’s so f—ing gassed up on the Celtics and the Sixers. And rightfully so: they’re both talented teams. But Indiana is just as good as both those teams. And I think we’re in the same situation.”

Rivers didn’t even mention the Raptors, last year’s number one seed, who traded DeMar DeRozan for Kawhi Leonard this summer.

NBCSports Boston — Austin Rivers feels his Wizards and Pacers, are as good as Celtics and 76ers

Austin Rivers joins a long line of Wizards losers to boldly proclaim they can stack up to a loaded Celtics squad. Rivers should go back and read the headlines from 2007, when Gilbert Arenas came at the new Big 3 and swiftly got his ass kicked on opening night. Most of his teammates have also poked at the Celtics — with funeral games and claims that the Wizards were the better team after losing in game seven of the 2016 playoffs.

I would say Rivers gets three cracks at the Cs this year, but isn’t there a chance he alienates his teammates and gets traded first?

And finally, with no games all week, what have the Cs been up to?

The Celtics are dealing with a quirk in the league’s exhibition schedule. They played their only four exhibition games over the first 12 days of training camp, with a particularly soggy 1-3 result.

They were left with nine days of practice until their Oct. 16 season opener against Philadelphia in the Garden, and each other.

For an NBA Finals contender that has looked surprisingly stale, that competitive boost now has to come from within. It helps that the so-called white team of Kyrie Irving, Gordon Hayward, Jayson Tatum, Jaylen Brown and Al Horford is getting pushed every day by a bench unit that is probably even better defensively.

“There’s not any difference, as far as when they get out here in scrimmages,” said Brad Stevens. “Those have all been pretty tight games, whenever we’ve done that. We’ll play more today than we have in any practice thus far, almost treat it like — we went hard yesterday — almost treat it like the second of a back-to-back and go hard again.”

Tuesday’s practice, the first since the team’s disappointing loss in Cleveland last Saturday, featured a particularly tight opening scrimmage between the white and green teams. The latter finally prevailed on a Yabusele game winner.

“They push us a lot,” Horford said of the reserves. “Like, (Tuesday) for example, we had the first game we played tied after I think it was like five minutes. And then coach added another five or 10 minutes on the clock, whatever it was. Guerschon hits a game winner, the bench beats us.

“It’s just very competitive. Every day we’re going at it. And those guys are competitors,” he said. “They’re pushing us every day. I feel like it’s making us better, and it’s not like the game but I feel like it was very productive yesterday. And we plan for it to be at that level all week. That’s what we’re trying to do.”

Herald — Celtics backups on a mission

I could use this space to rave about the B.W.A, as the title of the article suggests, but we’ve beaten that to death. Really this is about calling out the absurdity of the Celtics pre-season schedule. 4 tightly packed games and then a week and a half of sitting around.

Here’s hoping they come out fresh and ready on Tuesday. The season’s almost here 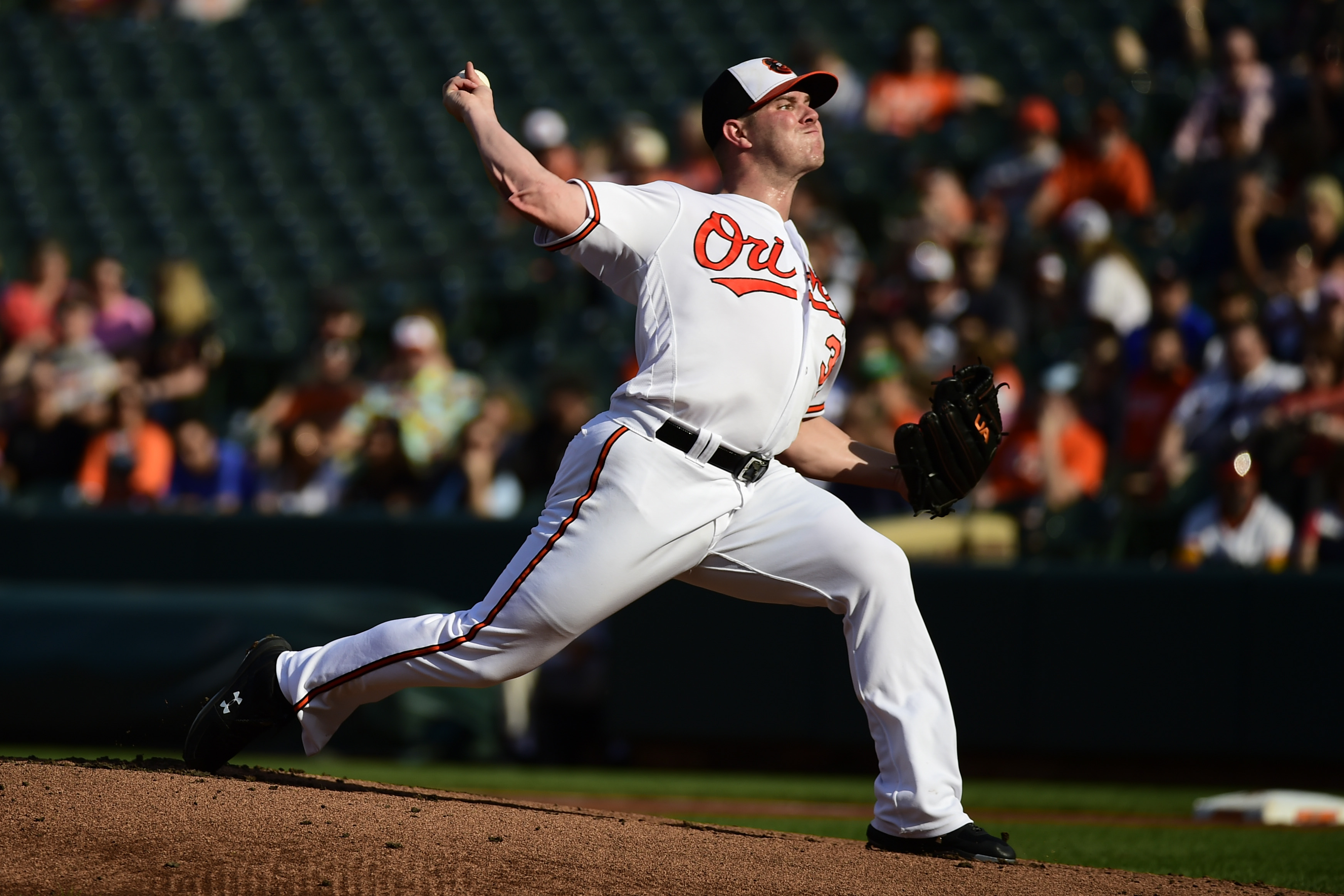 There is no baseball player on the planet who wouldn’t take a strong start to a season. While gaining positive momentum is a wonderful thing,...