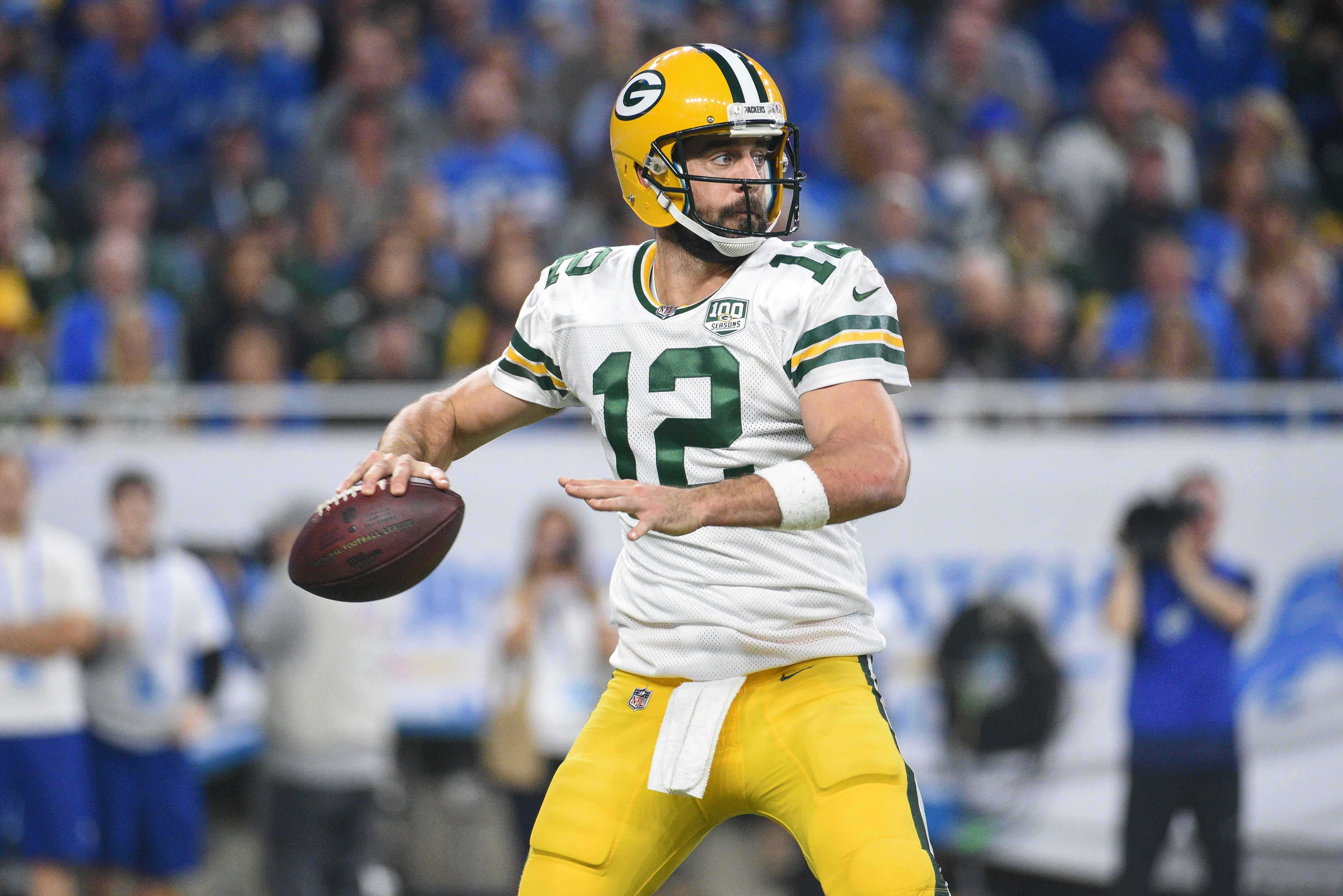 Packers quarterback Aaron Rodgers feels like the Packers offense is close to having the big game that coaches and fans have been waiting for all season. Last week, the offense had a good game statistically, gaining more than 500 yards, but the team still lost 31-23 due to untimely penalties, turnovers and four missed field goals. Falling behind 24-0 at halftime also limited the offensive game plan.

Despite the team’s inconsistency, Rodgers feels the offense is close to having a breakout game.

“We’re very close to getting things going and like I said [in 2016], I’ll say again now, I feel like if we can get off to a better start on offense, it makes the entire squad play with a different type of confidence,” Rodgers said on Thursday. “We need to lead from the front as an offense and as a team and give our defense an opportunity to pin their ears back and get after the quarterback and make them one-dimensional.”

Slow starts have been a major issue for the Packers this season. They trailed the Bears 20-0 in the third quarter, fell behind 21-3 in Washington and gave the Lions a 24-0 halftime lead. Falling behind took away the running game from the game plan and put additional pressure on Rodgers. Opposing defenses could tee off on the quarterback when the Pack had to throw on nearly every down.

Despite the limited opportunities, the Packers run game has shown flashes of ability. Aaron Jones has been the most effective and explosive back, averaging 6.1 yards-per-carry in the three games he’s played. Ty Montgomery is averaging 4.4 yards-per-run. Jamaal Williams has the most yards and is averaging 3.6 yards. With more attempts and the ability to mix up the play calls, these numbers could improve across the board.

Injuries also played a role in the offense’s uneven start. The Packers offense got a mixture of good and bad news concerning injuries on Thursday. Rodgers announced that he had suffered a “setback” to his injured knee last week against Detroit. The injury was aggravated during Green Bay’s opening drive last week when Rodgers was hit by linebacker Christian Jones.

As a result, the Packers opted to hold their franchise quarterback out of practice Thursday although he is expected to be ready to play Monday night against San Francisco.

“Yeah, kind of a setback last week, the beginning of the week,” Rodgers told ESPN. “Got to be in the rehab group again today…[I’m] just hoping I get back out there tomorrow and have a feel-good Friday and a practice [Sunday] and be good to go — hopefully back to where I was in Detroit.”

Rodgers also indicated he hoped to be able to wear the same smaller knee brace that he wore last Sunday against the Lions.

The knee injury has limited Rodgers effectiveness since he suffered it in the first half of the season opener. While his ability to escape the pass rush and extend plays has improved since Week 1, his throwing accuracy has still not returned to its usual level. Rodgers has missed several throws in each game this year that he usually makes with ease.

The Packers did get some good news on the injury front. Both Randall Cobb and Geronimo Allison returned to practice Thursday. Allison is now out of the concussion protocol and is also trying to recover from a hamstring injury. Cobb has missed the last two contests with his own hamstring problem. Both players were expected to practice with the rehab group Thursday but were able to participate in regular practice. Their status for Monday night’s game is uncertain, but the Packers certainly would benefit from getting both players back in the lineup.

Rodgers is confident that offense is close to having a breakout game that would meet the high expectations set for this unit. “Now, we need to execute at a higher level, but we’re not far off,” Rodgers added. “This league, the difference between being a great team and an average team is very small. It’s a few plays every game, and the difference between scoring 23 a game and 35 a game is plays that we need to make, and we expect to make, and I’ll make moving forward.”

The Packers need to get their offense going quickly. After facing the 49ers on Monday, the schedule gets significantly more difficult with road games against the unbeaten Los Angeles Rams and the defending AFC champion New England Patriots. If Rodgers is healthy and back in the groove, he’s capable of beating anybody. He feels the offense is close. Now it’s time for them to go out and prove it.