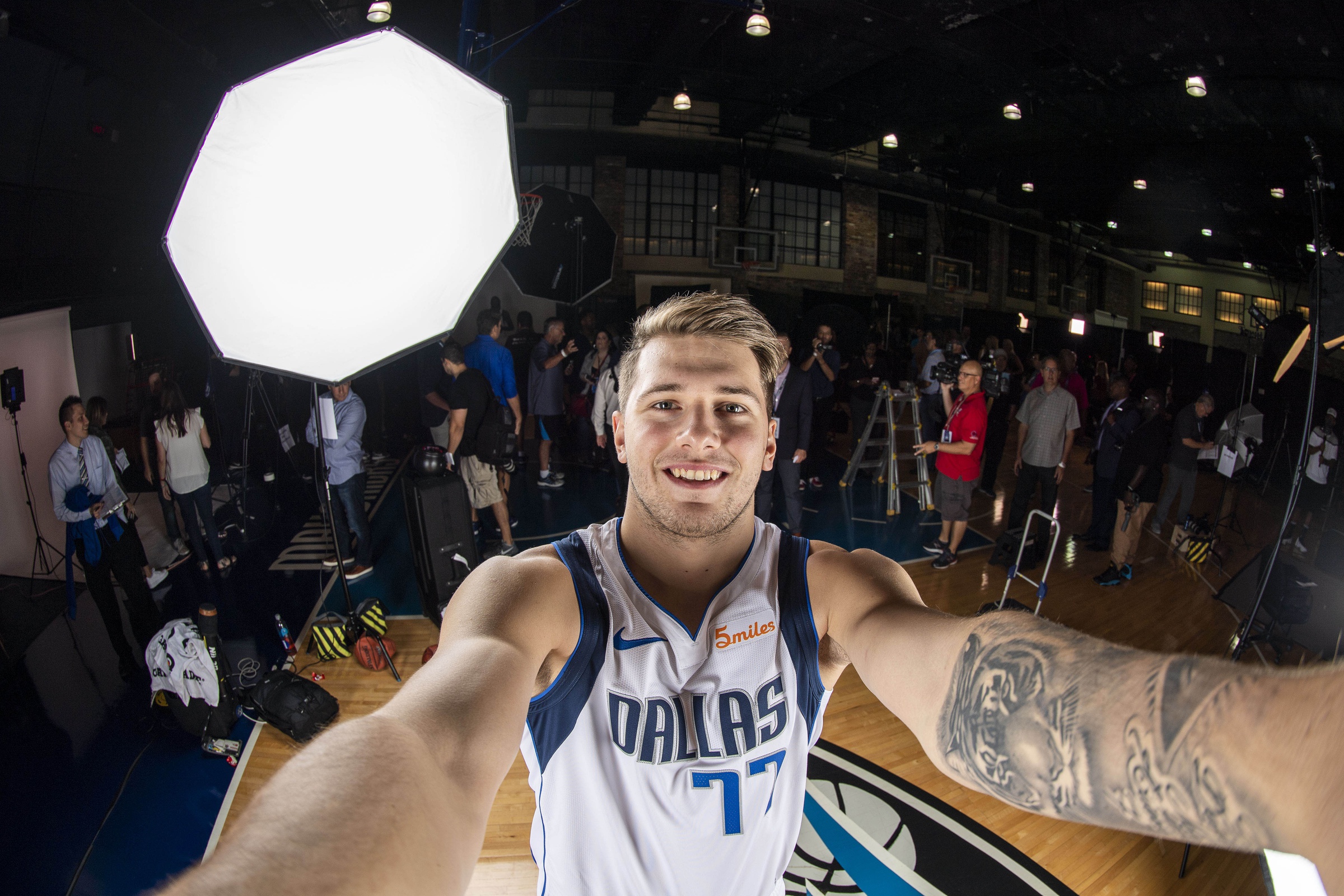 The NBA regular season is right around the corner. The races for Rookie of the Year, the playoffs, the worst overall record and NBA championship are about to begin. Meanwhile, there hardly seems to be an end in sight to the Jimmy Butler saga. How will everything play out? Several of our mafia members gathered around the roundtable to make predictions.

1. Where’s Jimmy Butler going, what will the Timberwolves get in return, and will they still make the playoffs in the loaded Western Conference?

Justin Yoon: Butler will be traded to Miami for Justice Winslow, Bam Adebayo, and a protected 1st. The Timberwolves will not make the playoffs.

Chris Molicki: I’ll be bold here and say he’s going to Houston. Daryl Morey knows his team took a step back and needs something more to compete with the Warriors, and that man loves to make crafty moves. Eric Gordon, Nene, and a protected first is a solid deal for both parties. The Rockets have their big five of Harden/Paul/Butler/Tucker/Capela, while Minnesota gets some much-needed shooting and draft compensation. However, this isn’t enough to get them into the playoffs back-to-back years. Have you seen the Western Conference this year?

Josh Cornelissen: Regardless of Butler’s destination the Timberwolves are going to miss the playoffs. If they do move him, because the return will likely be less useful this season. If Thibodeau decides to keep him the chemistry will be terrible in a loaded West. Ultimately I think the trade partner is someone we are not focusing on — perhaps the Indiana Pacers…

Gabriel Allen: I’ll go out on a limb and pick the Clippers. Lee Jenkins and company could be looking to snag Butler now and Kawhi Leonard later. They’ll send Tobias Harris and filler salary to Minnesota, which will keep the Timberwolves in the race for the playoffs, but ultimately they’ll just miss out.

2. Who will win Rookie of the Year and why?

IS: Luka Doncic because he is the most proven NBA-ready rookie by a country mile.

JY: It’s between DeAndre Ayton and Luka Doncic. Unless the Suns make a concerted effort to involve Ayton on the offensive end of the floor I don’t think he’ll beat out Doncic, who will have more opportunities with the ball in his hands.

CM: My man Kevin Knox! Seriously though, this isn’t just a homer pick. Knox has all the talent in the world, shooting, length, and plenty of opportunity to put up numbers. I bet he’s the team’s go-to guy when the calendar changes. As for the other candidates, I think big men like Ayton, Bagley, and Bamba struggle early on, same with Trae Young, and Doncic’s on-court impact is much better than his counting stats. Maybe Wendell Carter puts up a fight, but I like my third large adult son Kevin to take home the trophy.

JC: DeAndre Ayton will get all the playing time he wants, dominate touches and be set up for success. If the award is based on points, rebounds and assists Ayton will finish at the top of the pack. Doncic will be a better player, and the Mavericks a better team, but Ayton will pack the box score and could realistically average 20 + 10.

GA: Offensive counting stats are king in this discussion, and while big men like Ayton and Marvin Bagley figure to get theirs, guards (and point forwards) have a clear advantage. As such, I believe ROY will be a battle between the two players traded for each other on draft night, Luka Doncic and Trae Young, though some betting sites have Collin Sexton as the second-most-likely winner of this award (at 5-to-1). Young will have the best per-game numbers of the three, and shot percentages will be glossed over. It’ll come down to how much better the Mavericks are than the Hawks. For now I’ll take Trae, but if Dallas is anywhere near .500 it’ll definitely be Doncic.

3. Which two teams will finish with the worst records in the league, thus guaranteeing themselves a top-6 pick in the 2019 NBA Draft?

IS: Hawks and Kings.

CM: The Kings are definitely #1. This team has plenty of young talent, but no real sure things in that department. In an absurd Western Conference, Sacramento finishes last. For the second team, I have to go with the Hawks. I really do like their young talent: Young will struggle early on, but him and Kevin Huerter have some serious firepower to go with John Collins and Taurean Prince. But unlike the Magic, Bulls, Suns, and maybe even the Knicks, this team is one of the few that is openly tanking, even under the new lottery rules.

JC: The Sacramento Kings had the production of a 22-win team last year, and they somehow only got younger. They will be joined at the bottom by the New York Knicks, who will delay Porzingis’ return as long as possible and don’t have the established talent to win without him.

GA: Sorry, Sacramento, you’re S.O.L. The second team will either be New York or Atlanta, and until I hear that Porzingis is coming back, I’ll take N.Y.

4. Which teams that missed the playoffs in 2017-18 will make it this season, and which teams that qualified last year will land in the lottery this year?

JY: The Nuggets, Lakers and Pistons will make playoff appearances after missing out last season. Replacing them in the lottery will be the Cavs, Timberwolves and Pelicans.

CM: In the West, it’s safe to say that the Nuggets and the LeBron-led Lakers get in, replacing the Timberwolves and Spurs who lost/are losing their star. But my hot take will be the Memphis Grizzlies staying healthy and securing a playoff spot, knocking out the Blazers and leading to a reset of the Portland franchise. In the East, Cleveland gets the boot in favor of the Detroit Pistons. Let’s see what Blake Griffin and Andre Drummond do together with a full training camp under their belts. I wanted to take Charlotte, but I’m too afraid of a midseason Kemba Walker trade.

JC: The Los Angeles Lakers will make the playoffs on the backs of ascending young talent around LeBron, not the spacing-challenged veteran signings. They will be joined by the Denver Nuggets who take another step forward around budding star Nikola Jokic, and will replace the Minnesota Timberwolves and the San Antonio Spurs. In the Eastern Conference the Cleveland Cavaliers will crash hard, and be replaced by the Brooklette Pistulls, because the 8th seed in the East is a complete crapshoot.

GA: Cleveland will be replaced by Charlotte in the East. Out West, the Nuggets and Lakers will get in while Minnesota and Portland plummet.

5. Who will meet in the NBA Finals and which team will win the title?

IS: The Warriors will defeat the Philadelphia 76ers in seven games with Kevin Durant winning his third straight Finals MVP.

JY: The Warriors will win regardless of who comes out of the East. I want to say the Celtics will be that team, but if Kawhi can stay healthy and play at his pre-injury level, then the Raptors could make it now that LeBron is gone.

CM: The Warriors sadly win the Finals very handily, but they do so against Kawhi Leonard and a Toronto Raptor team that may just convince him to stay.

JC: The Golden State Warriors will win as expected, but get their toughest test since 2016 when the Boston Celtics deliver on their talent and push the Warriors to seven games.

GA: According to MyTopSportsBooks, the Warriors (1/1) and Celtics (10-1) are the overwhelming favorites to win the championship. I’m not ready to bet against Golden State just yet, but I do like Toronto’s chances of advancing to the NBA Finals and pushing the back-to-back champs to the brink.