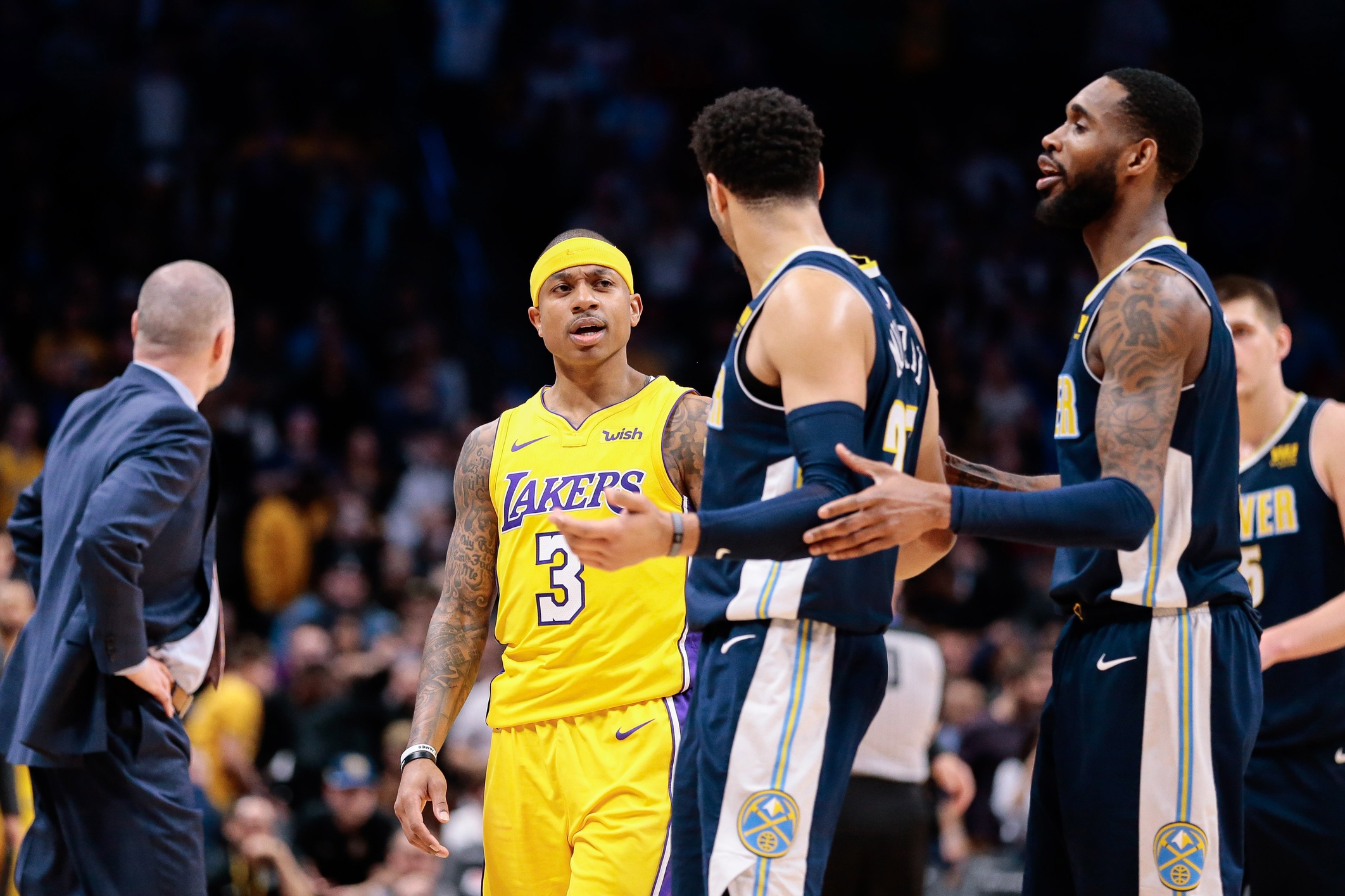 Having moved back to the South Jersey/Philly area (after a brief two-year stint in Texas) around age 10, I was among those fortunate enough to grow up watching the man, the myth and the Answer, Allen Iverson.

Iverson, who was probably about 5-9, was inverse Kevin Garnett. A.I.’s listed height was 6-0, while K.G.’s was 6-11 (though many refer to him as 6-13). Garnett didn’t want to be forced inside the paint to bang with big men for entire seasons, pigeonholed to fit the old definition of a center. Meanwhile Iverson likely just wanted his opponents to know that he played bigger than his height, that pound-for-pound he was one of the toughest SOB’s ever.

Iverson (first overall in 1996) and Garnett (fifth in 1995) were both selected at the top of their draft classes. But both fought as if they fell to 60th. This brings us to Isaiah Thomas, Mr. Irrelevant from the 2011 NBA Draft, who turns 30 in February. At 5-9, 185 lbs., Thomas is about the same size and height as Iverson, so it’s no surprise that folks began comparing the two as Isaiah morphed into an MVP candidate for the Celtics in recent years. Moreover, the diminutive die-hard guards became very close friends.

Instead of Boston backing up the Brink’s truck, Danny Ainge cold-heartedly shipped the Celtics’ fan favorite to Cleveland for Kyrie Irving. Returning in January of 2018, Thomas managed averages of 15.2 points (37.3 FG, 29.3 3Pt, 89.3 FT) on 13.2 field-goal attempts per game, 4.8 assists-to-3.0 turnovers, 2.1 rebounds, 0.5 steals and 0.1 blocks in 26.9 minutes while appearing in just 32 games (15 for the Cavaliers, 17 for the Lakers). It was hard to believe this was really the same player whose lightning-quick drives and absurd finishes captivated the hearts and minds of fans just a year ago.

As a result of Isaiah’s rapid descent, he wound up signing a one-year, $2 million minimum deal with the Denver Nuggets this summer, where once healthy he’s expected to function in a sixth man role behind Jamal Murray. Thomas didn’t take too kindly to backing up Lonzo Ball in Los Angeles late last season, but he seems to have come around.

Why do I bring all this up? Because it’s somewhat similar to the arc of Allen’s career. Iverson was still an All-Star during his time with the Nuggets, forming one of the best scoring duos of all time alongside Carmelo Anthony. In fact, A.I. actually had his most efficient seasons there. Much like this year’s Nuggets team, the problem was on defense. Marcus Camby couldn’t make up for everyone’s mistakes on that end by himself, just as Gary Harris and Paul Millsap won’t be able to make up for everyone else’s errors either.

In November of 2008 Iverson was traded to Detroit for Chauncey Billups. Billups led Denver farther than Iverson (to the Western Conference Finals) while the former MVP was eventually asked to come off the bench behind Rodney Stuckey, whom the Pistons had (foolishly) pegged as their starting point guard of the future. Safe to say, Iverson was not happy. It was the same story in 2009, as Iverson balked at backing up third-year point guard Mike Conley. As a result, Iverson’s Memphis Grizzlies tenure lasted only three games. And then it was off to Philadelphia, where Allen appeared in 25 games before calling it quits half-way through the season.

Judging by the fact that Iverson’s 2007-08 season (his final one in Denver) was arguably the finest of his Hall-of-Fame career, it all went downhill in a hurry. We can only hope that Thomas does not suffer the same fate. But this is how the story usually unfolds for little guys in the league. The most massive stars in the sky, like the NBA’s best shorties, flame out pretty fast. Iverson was 32 when he arrived in Denver, so maybe Thomas still has time. It’s also up to Isaiah how he chooses to adapt at this stage of his career. Iverson undoubtedly served as a basketball role model for Thomas, but hopefully Isaiah is wise enough to learn not just from the triumphs, but also from the mistakes of Allen, particularly in the latter stages of his career.

If Thomas takes care of his body and proves to be a good teammate, willing to sacrifice for the greater good, he could still potentially be a microwave scorer off the bench for many moons. Sophomore Monte Morris could begin the year as the backup point guard if Isaiah’s hip keeps him on the shelf. (Plus the Nuggets have a 7-0 point center by the name of Nikola Jokic.) But the primary backup point guard spot is clearly reserved for Thomas.

The Nuggets have not made the playoffs since 2013. Five years ago Isaiah Thomas was a sophomore on the Sacramento Kings, just A Pizza Boy, not yet The Pizza Guy. For most of us, growing up means humbling ourselves. Thomas didn’t burst onto the scene like Iverson did, leading his team to the NBA Finals, winning the MVP and countless scoring titles. Isaiah may not be a first-ballot Hall-of-Famer like A.I. either. But the final chapter of his career could prove to be a sweeter story. The Denver Nuggets are looking for answers, and they just may have found theirs.