Your Morning Dump... Where Mook is in it to win it 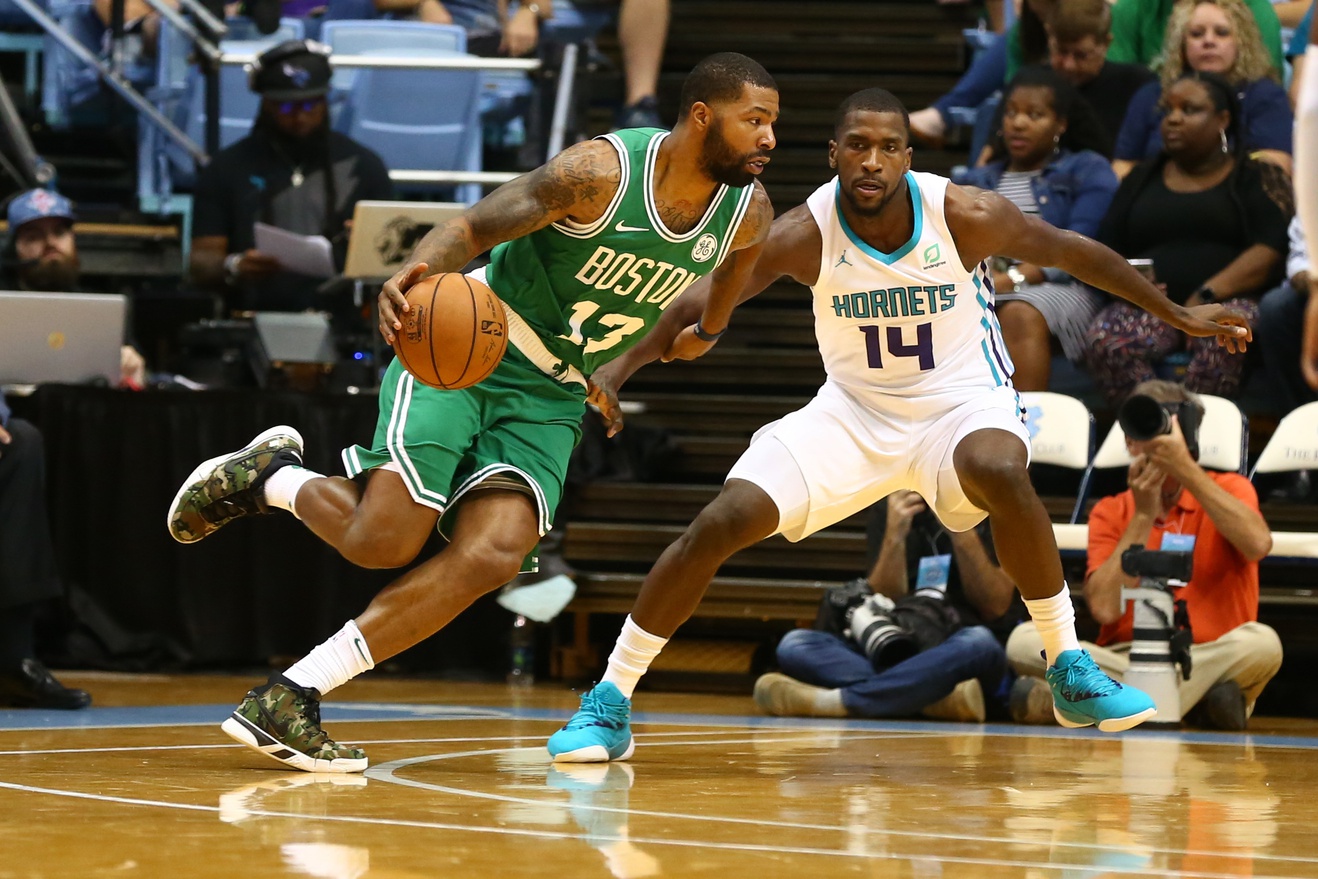 Your Morning Dump... Where Mook is in it to win it

“That’s the whole thing, being in the league for eight years, I’ve really never been on a contending team,” Morris said. “This year, I think we’re going to win it. All the other stuff that’s involved isn’t important now. Obviously I want to get paid, we all know that, coming off the [expletive] contract that I got, I definitely want to get paid. But at the same time, I won’t allow that to get bigger than the team because we have something special now. If I’m on a 25-win team then it could be something different. But I’m looking to help out the team in any way.”

Globe: Salary cap management, luxury-tax bills, and why the Celtics’ time to strike is now

This comes out of a bigger story on the Boston Celtics sense of urgency for many of these guys to build a champion now.

Marcus Morris is a prime example. This is his first chance to win a championship. He’s likely gone to another team next season and there’s no guarantee whichever team pays him what he wants will be any good.

So now is the time for him. Same goes for all the other players who might be gone. Terry Rozier and Daniel Theis are both restricted free agents next summer. Aron Baynes can opt out of his contract. Semi Ojeleye is on a non-guaranteed deal and the Celtics hold a team option on Guerschon Yabusele (the Celtics also have team options on Jaylen Brown & Jason Tatum. Those will certainly be picked up, but decisions on all three players need to be made by October 31).

These guys are going into this season knowing they could be gone by the end of it. The only way to really get the most out of it is to be the last team standing and rolling through Boston on duck boats in June.

Morris in particular has been a big question mark because he does want to get paid after that [expletive] contract (side note: That bullshit contract was something he and his brother Markieff negotiated and seemed fine with at the time). I have been one of many who have wondered what this season will be like for him if his role is dialed back. If he’s legitimately cool with whatever role necessary to win, then that will a major question answered.

The only thing out there that can’t be answered until it potentially happens is what does Morris do if he’s asked to fill a specific role and the Celtics lose?

We won’t know unless it happens. Hopefully, it won’t.

The Celtics announce they have waived Marcus Georges-Hunt. As @KeithSmithNBA said earlier, keep an eye on the C's re-signing him once the Jabari Bird situation is resolved

This is a reminder that the Jabari Bird situation remains unresolved and is currently in the hands of the NBA.

Until the NBA makes its decision, the Celtics just have to treat Bird as an inactive member of the current roster. Once that situation is resolved, the Celtics can revisit Georges-Hunt for that slot.

Terry Rozier off the top rope…

Globe: Celtics will be playing at a brighter Garden this season  | For the Celtics, the Eastern Conference may not be a cakewalk to the Finals