Snitker Gets New Contract as Braves Look Toward Busy Offseason 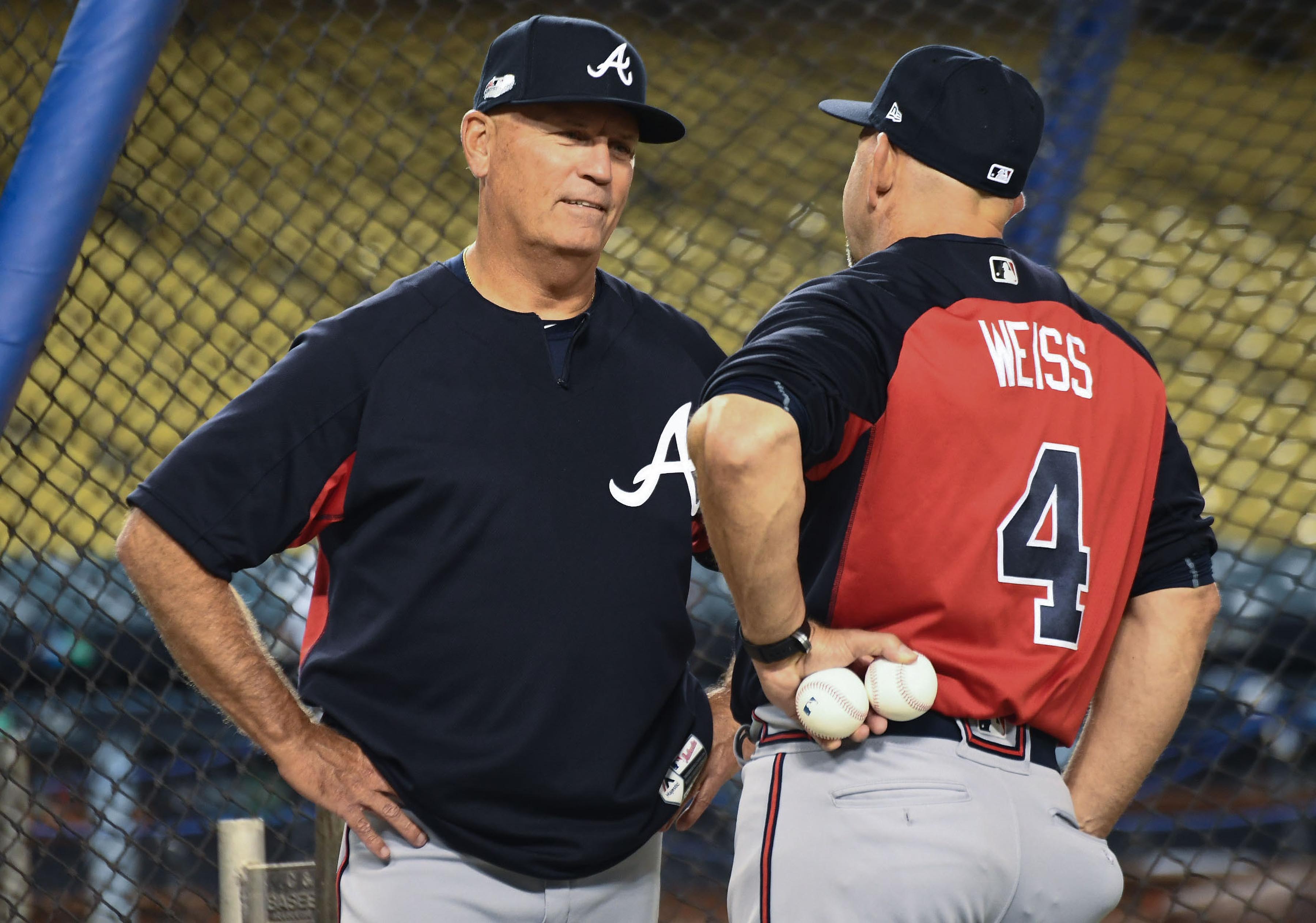 Snitker Gets New Contract as Braves Look Toward Busy Offseason

The Braves have tapped into a coaching situation they love and after 90 wins in 2018 and a trip to the playoffs, they weren’t about to change that. Brian Snitker was extended through the next two seasons with an option for 2021 to remain the Braves manager. While there was little doubt that Snitker would be back for 2019, getting this out of the way was an important step to jump-starting what promises to be a busy off-season.

Snitker took over the Braves in 2016 after Fredi Gonzalez was unceremoniously fired after a 9-28 start. The Braves rallied under their new manager, finishing 59-65. That’s no small accomplishment considering their double play combo was Jace Peterson and Erick Aybar while Matt Wisler, Aaron Blair, and Williams Perez combined to start 53 games. Brought back on a one-year deal plus an option season, Snitker’s Braves went 72-90 in 2017. He was due to be fired after 286 games at the helm before John Coppolella resigned. To keep some level of stability, Snitker’s option was picked up before Alex Anthopoulos was announced as the new general manager.

And then, the 2018 season happened. The team never faltered as so many predicted they would. Despite significant issues throughout the campaign, Atlanta exploded past predictions of a 75-or-so win season to win 90 and take the NL East in the process. The success has Snitker a favorite to win the NL Manager of the Year. His team was bounced in the NLDS by a better and deeper Los Angeles Dodgers, but Atlanta looks like they are on the rise.

Some of that has to be attributed to Snitker. While his strategic prowess has been questioned frequently, his leadership abilities have never been up for debate. The players play hard for him and he knows how to manage a clubhouse. While he’s slow to understand the new data that has been presented to him, he does not stand in the way of utilizing the data via an increase in defensive shifts among other things.

Part of what works, though, is that everybody in the coaching staff, including Snitker, understands their role and makes the team better. Walt Weiss has been integral in applying the data the front office gives to the team to utilize. Meanwhile, Eric Young Jr.’s work with base-running and Ron Washington’s leadership on defense has been instrumental to the team’s success. Even Kevin Seitzer has embraced the analytical side to help the players.

All of the coaches except one received two-year contracts to stay with the Braves. Pitching coach, Chuck Hernandez, was the only one to get the boot. The team may bring back Hernandez in another role, but the Coppolella hire struggled to get his pitchers to throw strikes. No other team walked more hitters as a percentage and while they did set a new franchise record in strikeouts, the Braves felt the team needed better results. They will begin a process to find a new pitching coach. Two names to keep in mind in-house are Dennis Lewallyn and Dan Meyer. Lewallyn is considered a guru with young arms who joined the organization in 2013 and has since coached prospects in Double-A and Single-A. Meyer, a former #1 draft choice by the Braves, has worked a few roles with the organization since his retirement and has spent the last four years as the Rome Braves pitching coach.

Alex Anthopoulos took some questions during the press conference to announce Snitker and the coaching staff’s extensions. Here some quick hits:

Atlanta is willing to move Ronald Acuña Jr. to right field should that be better for the team. I mention this because I did just write a profile about Bryce Harper earlier and he just so happens to have better metrics in left field than in right field. But, as I mentioned in that profile, many stars like Harper will demand a no-trade clause and Anthopoulos has said the Braves will continue with their policy of not offering such a clause.

Also of interest was that the Braves did consider trading bigger named prospects at the deadline. One thing that stood out about the quartet of trades the Braves made was that the top prospect traded was Jean Carlos Encarnacion, who didn’t even rank in the team’s top 10 prospects. Apparently, they were willing to trade higher-rated prospects, but couldn’t find the right deal.

Atlanta has interest in Nick Markakis and Kurt Suzuki, though I believe this is more a distant backup plan. Atlanta knows that they need to improve at both positions. At the same time, they are comfortable with both Markakis and Suzuki. However, short of huge gains in the pitching staff along with an upgrade at third base, bringing back the veterans would be seen as a weak off-season.

Especially considering that Anthopoulos’s biggest bombshell was that payroll will see an increase for 2019. He was short on details so we’ll have to guess as to what a soft cap may look like for payroll. Atlanta has opened with payrolls around $120 million each of the last two seasons and then added on to get into the $130 million range by the end of the season. If you add a modest boost to that opening day payroll – say, $135 million – with another $7-$10 million in reserve for in-season additions, Atlanta would have at least $55 million to work with this offseason.