What's Up In Wilkes 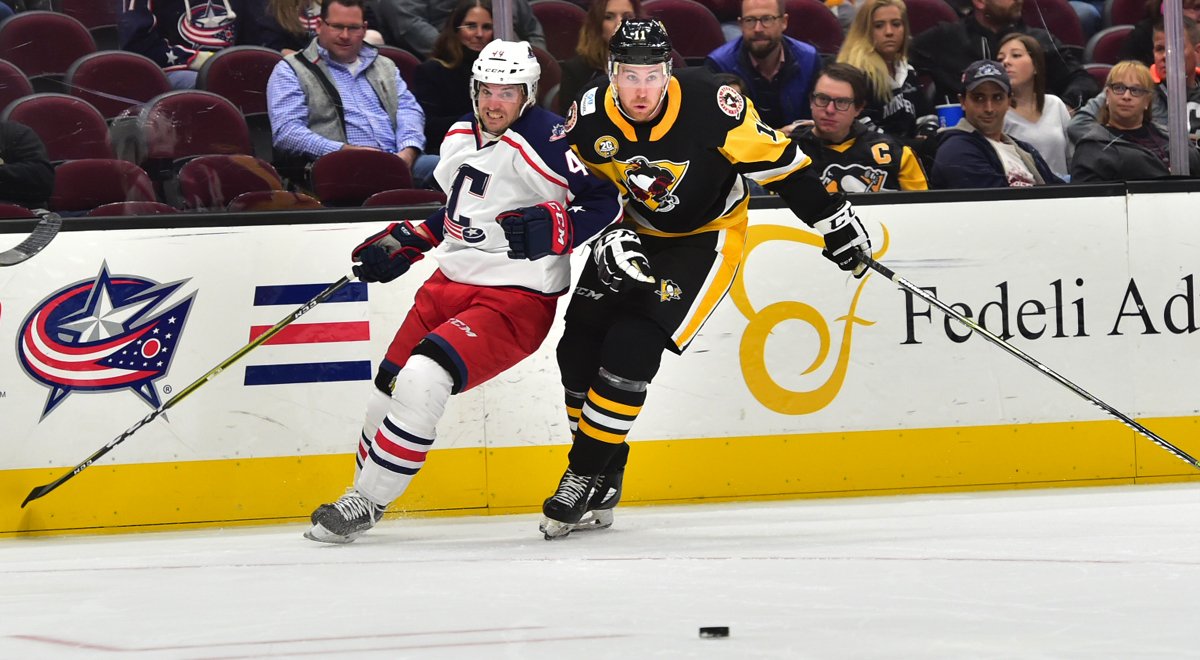 What's Up In Wilkes

This sorta weekly segment will contain a look in at the schedule and performance of the Penguins top affiliate the AHL’s Wilkes-Barre/Scranton Penguins.

The AHL season, like the NHL one, is in its infancy for the 2018-2019 campaign. But early returns on the Wilkes-Barre/Scranton Penguins look good. The team has played three games (one at home, two in Cleveland) and has had their starter Tristan Jarry for none of them. That hasn’t mattered though as Anthony Peters, who has been in net, is currently posting a league-best GAA of 0.98. Granted, small sample size and all but it’s still encouraging to see.

Last weekend, the team played a pair of games against the Cleveland Monsters (AHL affiliate of the Columbus Blue Jackets) and outscored them seven to one across the two games. The Monsters, like the Penguins, entered the match-up undefeated but unlike the Penguins, it wouldn’t stay that way. At times, it simply looked like the Monsters didn’t have the personnel to hold up to the Penguins. The first match-up on Thursday featured 11 chances on the man-advantage for the Penguins and a perfect 6-for-6 on the kill. All three of the goals scored (Peters got a shutout) were on the peep. The Saturday game Cleveland actually scored first, then promptly gave up three goals against all in the second period…not what one would call a recipe for success.

This week, the Penguins will play three games. The first is against, the league’s worst (and only winless) team so far, longtime Wilkes-Barre rivals The Hershey Bears. The Bears’ are “led” by Capitals first-rounder Ilya Samsonov who has a 4.04 GAA in the games he’s played so far. So, again small sample but these two teams couldn’t be farther in different directions (Wilkes is one of a handful of teams without a loss). Hershey played Wilkes-Barre twice in the pre-season where the Bears got smacked around to the tune of a 6-2 loss at Mohegan Sun Arena at Casey Plaza before suffering another loss the next day 3-2 at the Giant Center (securing a perfect preseason for WBS). This game will be Wednesday at home for Wilkes-Barre. I wouldn’t be surprised to see Jarry here but Donatelli could stay with the hot hand in Peters, too. It’s not like he has a bad option in net currently.

The other two games will be the first against the dreaded Lehigh Valley Phantoms (aka the Flyers AHL squad) on Friday and Saturday night. Friday night they will play in Allentown before facing the Phantoms at home on Saturday. The Lehigh Valley team is currently paced by LW Greg Carey who has five points in three games including a game-tying goal in the final minute of the team’s last contest. They also feature Flyers prospect German Rubitsov who scored a vital shootout goal for them in that same game. I would anticipate different goalies for each of these games. I’d lean towards Jarry Saturday at home and Peters on Friday since it very well could be Jarry’s first start of the year and the home crowd could be nice to help him get locked in early.

The skaters to watch for Wilkes-Barre have continued to be rookies Anthony Angello and Sam Lafferty early on. After impressing in camp in Pittsburgh and in the preseason in Wilkes both have continued their pace early on. Angello has 3 points (2G – 1A) while Lafftery has 2 (1G – 1A) in three games. The youngsters have added a solid scoring punch to a team that lost much of its offensive muscle in the off-season.

Newly named captain Garrett Wilson has also made an impact both on the scoresheet (1G – 2A – 3P) and in mixing it up with the opposition. Expect that if games get chippy (as the kind of rivalry games slated for this weekend usually do) Wilson will not hesitate to drop the gloves or deliver a crushing hit.