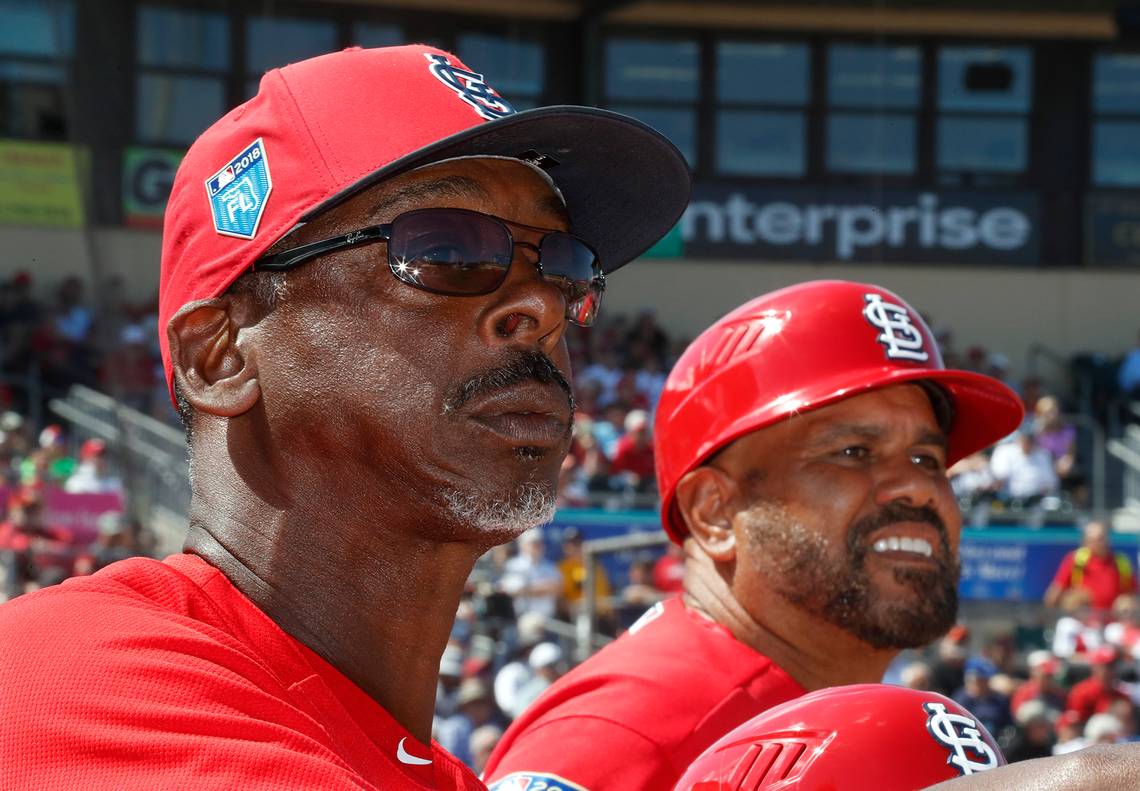 On Tuesday, John Mozeliak met with the St. Louis media to discuss items of interest regarding the team as they head into the winter. Among the topics covered — which you can find more info on in this piece by Derrick Goold of the Post-Dispatch — were offseason accountability, preparation, player health, and, predominantly, the coaching staff. Be sure to check out the work of Goold, Jen Langosch and all other local reports on this topic. I’m not here to report, but rather give my two cents on the news they broke.

The team announced the following moves:

Jose Oquendo’s decision to step down from the Major League staff comes as no surprise. My Bird Law Podcast co-host, Adam Butler, and I discussed this at length on our most recent episode.

The Cardinals lobbied, successfully, to get him back to St. Louis this season after watching the on-field fundamentals and off-field player relations erode during his 2-year absence. While giving a ringing endorsement for Mike Shildt in this piece from Ben Fredrickson, he sounded as though he his preference was to return to Jupiter.

With the managerial change, the need for Oquendo’s clubhouse presence is lessened. Especially considering how Shildt emphasizes communication and appears to be extremely popular and approachable when it comes to player relations. Ideally, Shildt will also bring a concerted effort to restore the fundamentals and Oquendo’s hand will not be needed to maintain the focus once the team leaves him and Jupiter behind in March.

No, the Cardinals did not slight Oquendo by passing over him for the managerial job. No, they are not demoting him with this reassignment. No, he isn’t mad that Shildt got the job, and is therefore walking out on the team. Jose has stated a preference for this instruction role. They convinced him to come back for a year. Now, he is choosing to return to his desired spot.

bench and Base coaches

There isn’t a ton to add here. Ollie Marmol has been an ascending coach in the system for some time and is deserving of the next step. Ron Warner brings more experience to the 3B coaching role than Marmol, and that possibly played into the decision as far as these assignments go.

There is currently an opening at First Base for a coach. My gut instinct is that they plan to give this role to Stubby Clapp if 1) he isn’t hired away by another team or 2) he doesn’t blow them away while interviewing for the hitting coach position.

While managing for Memphis, Clapp also filled the duties of Third Base Coach. It’s curious that the Cardinals did not insert him into that role, even temporarily, given that experience. While Mozeliak said that there is a “high probability” that Clapp will be with them in 2019, I believe the lack of role commitment to him at this point indicates that they aren’t so confident.

I think that, if he’s here, Stubby will be the First Base Coach. I have other thoughts at hitting coach.

Much like with Oquendo, the return of George Greer to his minor league instruction role was discussed on the Bird Law Podcast, and was not an unexpected move. Greer is 72 years old and would likely be strained by the rigors of the 162 game season. Strictly baseball, he has been a great resource for the Cardinals and their player development system and it is smart to return to him to that position of success.

The curious move for me was the naming of Mark Budaska as the assistant hitting coach, leaving a vacancy in for the role of Primary Hitting Coach. The team states that they will be interviewing candidates for this role, including Stubby Clapp as well as external options.

I see this position as an opportunity to do something really exciting. Consider this a tease for a post I’m going to work on later this week, but I think this is the perfect spot to target an analytically adept hitting coach. Someone that can relate the numbers that come from the heavily-invested-in analytics department to the players and get buy-in. I think Budaska’s mental approach would serve as a perfect complement to this, as well.

I won’t expand any further on that, right now. Stayed tuned for that post.

While some of the assignments are interesting and the two vacancies are intriguing, nothing was particularly surprising with the coaching staff announcements. Maybe the most surprising aspect is that they are making announcements before actually finalizing the staff.

While we can’t say with any certainty whether or not Stubby Clapp will get a managerial job elsewhere, it is a distinct possibility. This could lead the Cardinals to hiring 2 coaches from outside the organization this season. One name that surfaced on Twitter was that of Perry Hill, who was recently let go of by the Marlins. Hill is known as an infield defense specialist, which is something, coincidentally, that the Cardinals just lost with the quasi-resignation of Oquendo.

That’s just one name that was mentioned, with no substantiated connection. Many more will surface in the coming days. Stay tuned.