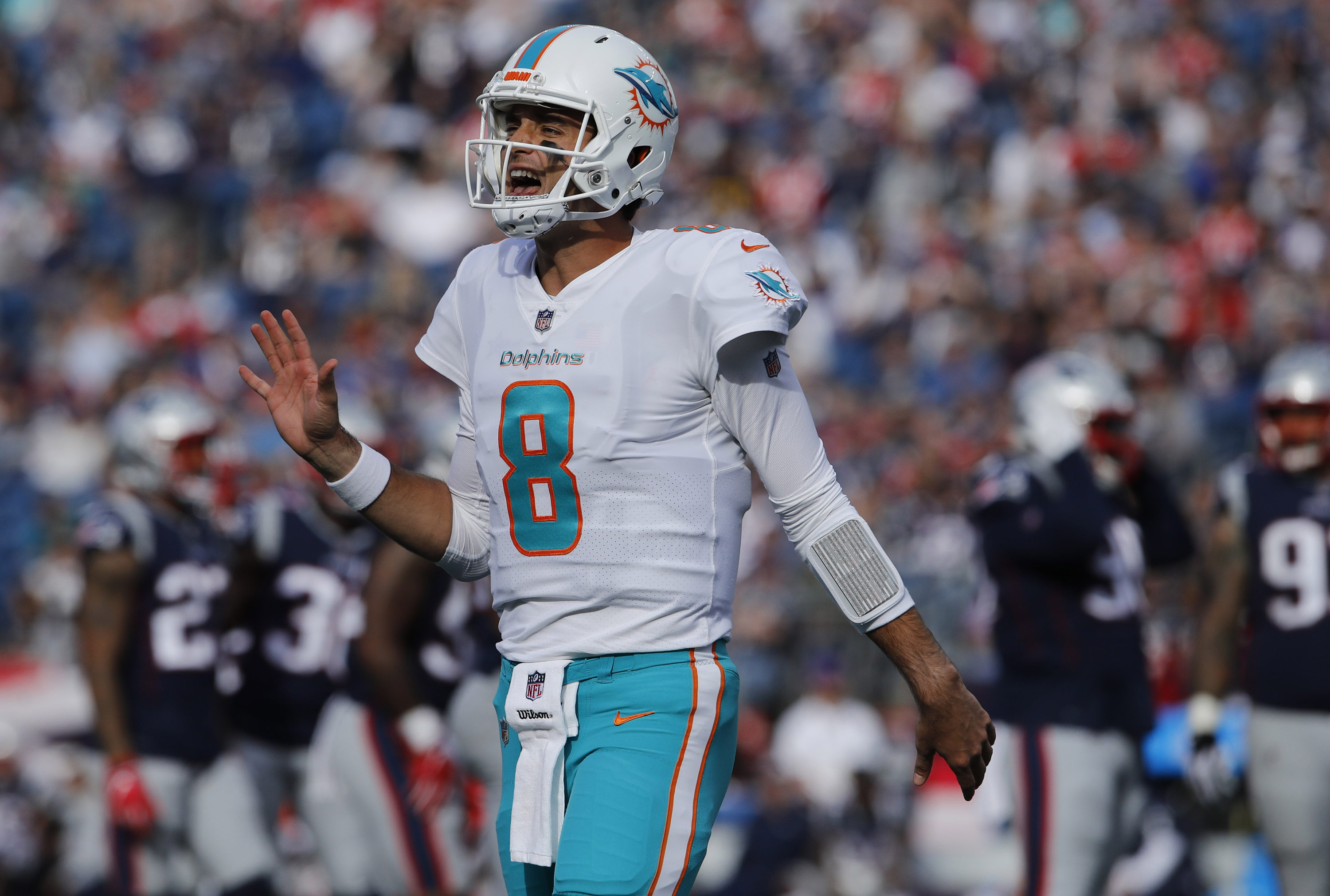 Being a fan of the Chicago Bears must’ve tough this past weekend. As the red-hot Bears were returning from their bye week, they were under the impression that they would be able to bring that week four energy into Miami while facing the Ryan Tannehill-less Dolphins.

The Dolphins weren’t exactly on their high horse leading into week six. They were coming off of a two-game losing streak, allowing the Cincinnati Bengals to come back from a 17-point deficit by scoring 24 unanswered points in the fourth quarter.

Meanwhile, The Bears had a break after beating the life out of Ryan Fitzpatrick and the Tampa Bay Buccaneers. The Bears were supposed to destroy the Dolphins. Brock Osweiler was starting, and we usually know how that goes. Little did everybody know though, that Brock Osweiler actually owns the Chicago Bears.

A Little Bit of History…

On Sunday, Brock Osweiler completed 28 passes for 380 yards and three touchdowns. Although he did throw two picks, it didn’t matter. Osweiler played a great game, and nobody expected it. Nobody except for the Bears maybe. Did you know that Osweiler’s first career starts on three different teams came against the Bears? No, you didn’t? Well, they did. And guess what? Osweiler won every single time.

Hat tip to Matthew Cannata for this gem. So, Brock Osweiler made his first start for the Denver Broncos back in November of 2015, where he defeated the Bears 17-15 after throwing for two touchdowns, and completing 74-percent of his passes.

That’s the same season where everybody though Osweiler was the future behind Peyton Manning. We all know the story, Osweiler went to the Houston Texans the following season and debuted against the Chicago Bears once again. 231 yards and two touchdowns for yet, another victory for Osweiler.

Then came this past Sunday where Osweiler helped the Dolphins squeak one out in overtime. At first, I couldn’t believe that the Bears allowed the Dolphins to win. But now it’s understandable. Osweiler owns the Bears, and there’s nothing you can do about it.