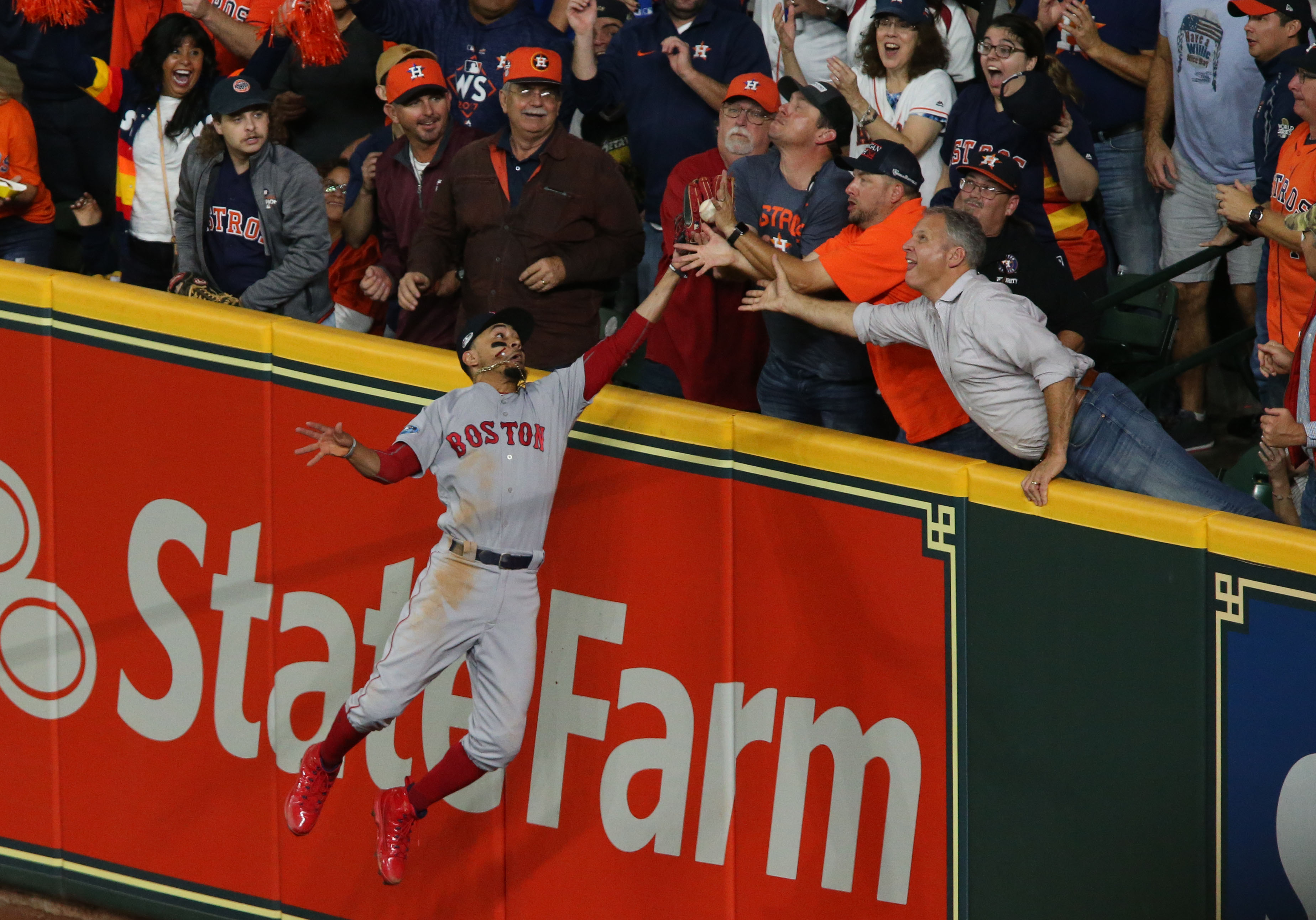 Down 2-0 in the bottom of the first of game four of the ALCS, the Astros knew they had to keep up with the Red Sox. Jose Altuve, the reigning AL MVP, thought he hit a two-run home run to right field to tie the game.

Of course, it wouldn’t be the MLB playoffs without some controversy involving an umpire. As Mookie Betts went for the ball, pushing into the stands, it appeared a fan got in the way. Joe West ended up calling Altuve out via interference, although there wasn’t enough evidence to make the call. After a replay review, the call stood and Altuve was out.

One of the most debated things in baseball is how effective replay can be. The worries of many could be warranted here, as there was no definitive proof over at the Chelsea offices as to whether the call should have been overturned. In the end, a gut reaction by Joe West stood.

From looking at the video, there appears to be a gap between Betts and the fan. There are other angles indicating Betts’ glove was closed. However, when it comes to these sort of things, rules are nice to look back to:

According to the league, neither part of the rule could be determined, hence West’s call being kept.

As both calls were made in the span of a few minutes, the crowd at Minute Maid Park voiced their displeasure. This is just the latest interference-related incident in the league over the past few years. The most famous one was a 1996 ALCS game between the Orioles and Yankees, now called the Jeffrey Maier game.