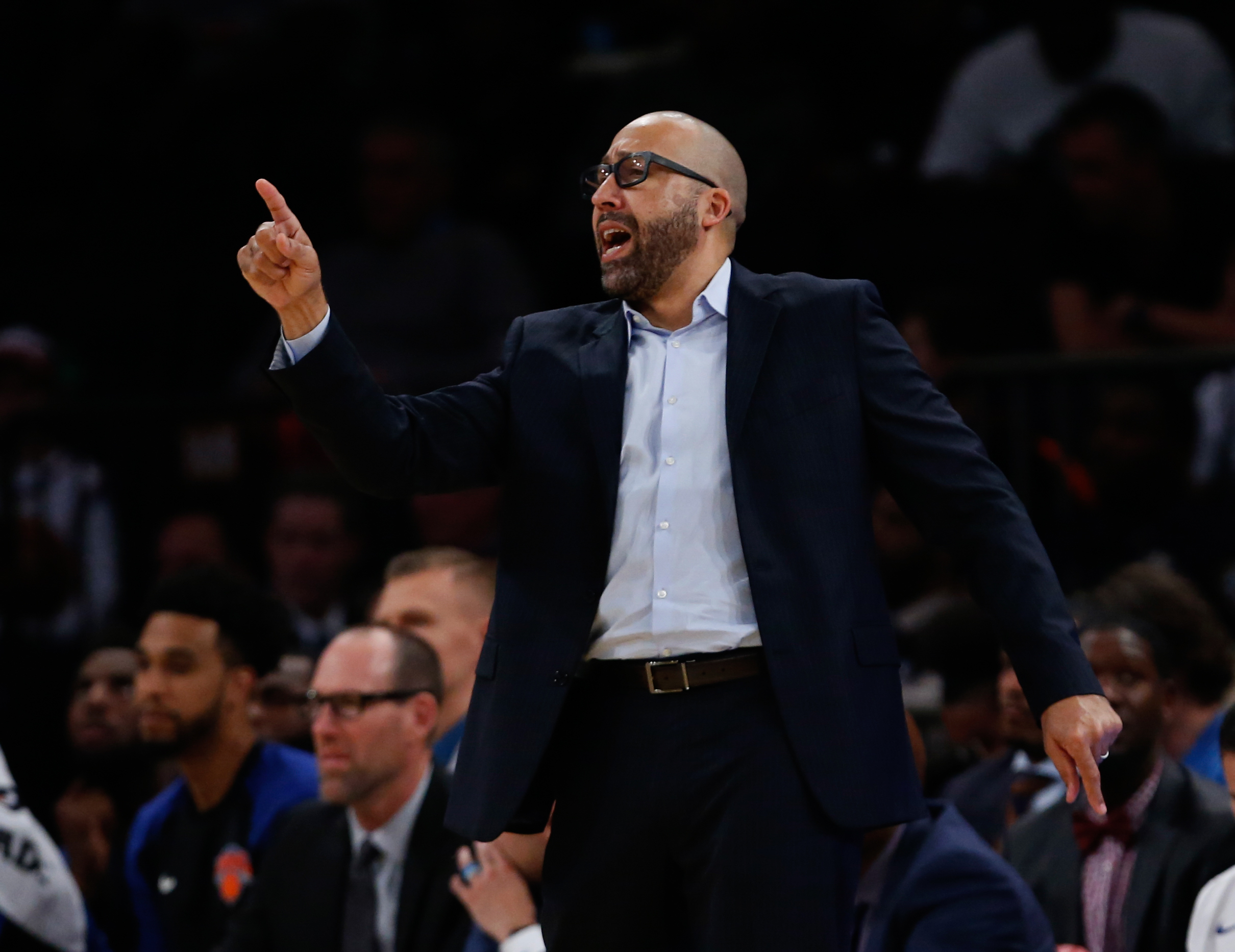 Tonight’s the night. After six months of hibernation, regular season basketball finally returns to Madison Square Garden as the Knicks take on the Atlanta Hawks in their regular season opener. Not only does tonight mark the beginning of the 2018 NBA season for a majority of the Association, but it’s also the start of David Fizdale’s tenure as Head Coach of the Knickerbockers.

Since being named the head man in New York, Fizdale has continuously emphasized the need for change within the Knicks organization: a culture shift if you will. In one of his first big moves as Head Coach, Fizdale has already played his part in trying to instill change in the organization by deciding to place rookie small forward Kevin Knox on the bench in favor of second year guard Frank Ntilikina.

For tonight’s matchup, the Knicks’ starting five will consist of Trey Burke (PG), Tim Hardaway Jr (SG), Ntilikina (SF), Lance Thomas (PF) and Enes Kanter (C). The decision by Fizdale to insert Ntilikina into the starting lineup at the three has been perceived as nothing but shocking by the New York media and its fanbase. However, as he has stated countless times, his decisions this season will be heavily based on changing the culture.

“You Keep What You Kill” – the lineup change was about culture-building. I went back through every preseason game. I went back through the numbers. I watched every guy that I was actually looking at for that position, I watched them closely,” Fizdale said. “Then I just felt like this is our first year and this isn’t a veteran team. A veteran team could handle me going, ‘Hey, let’s go with the young guy and let him play through it.’ This is a young bunch of guys that’s all dog-fighting to get in that lineup. And I think for my first year, the culture was more important than the development part of that.”

Though Ntilikina has played the guard position for the majority of his basketball career, his height (6-5) and defensive prowess could make him a serviceable small forward in this Knicks small-ball lineup. Whether Fizdale’s decision actually works remains to be seen. Either way, it’s an attempt to instill change into an organization that has been continuously putrid for the better part of the past two decades. For that, Knicks fans should feel an unfamiliar, but very real, sense of optimism.

Tune in tonight to see the new look Knicks take on the Atlanta Hawks in game one of the 2018 NBA season. Tip-off commences at 7:30 PM (ET) on the MSG Network.