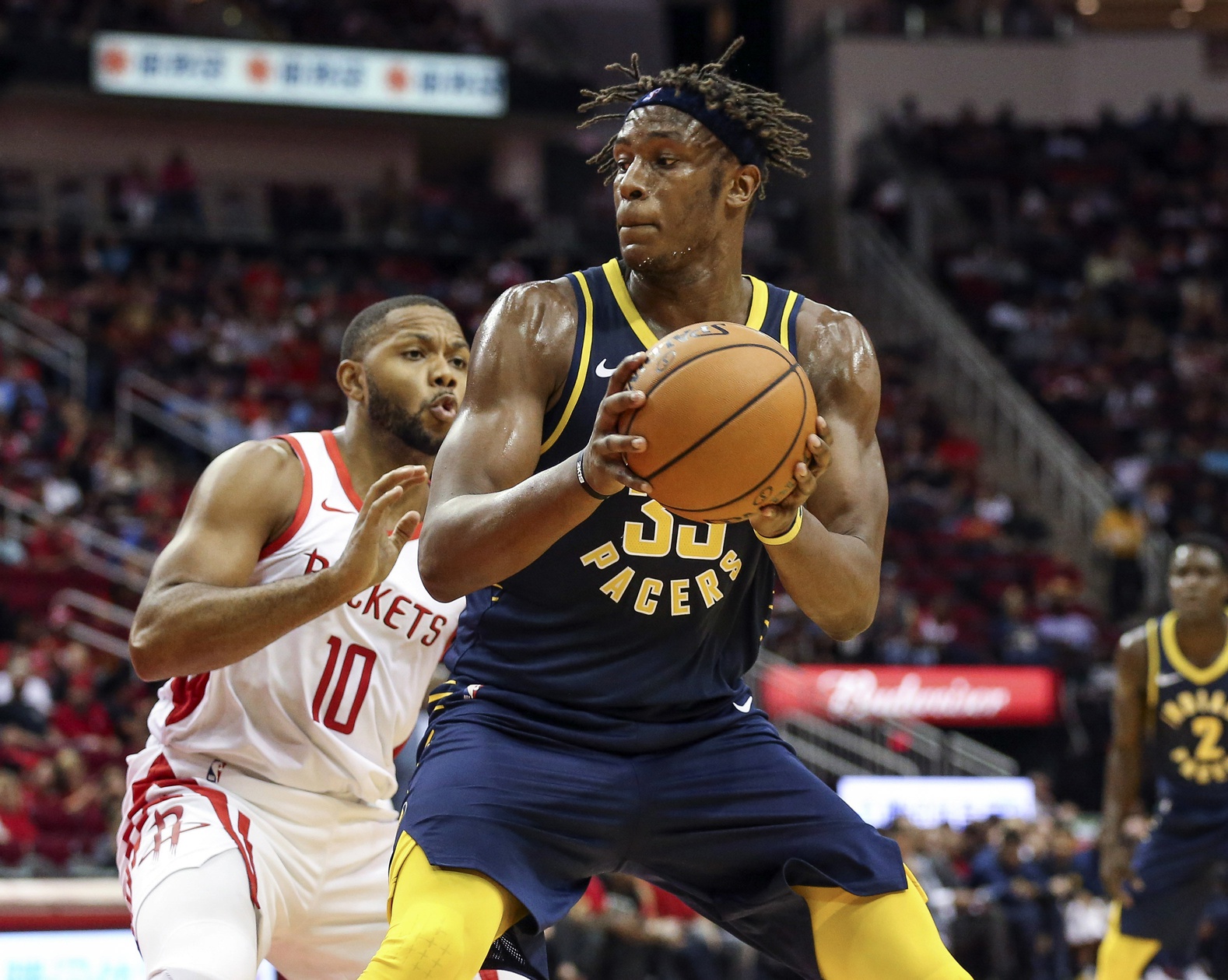 After a promising rookie season in which Myles Turner averaged 10.3 points, 5.5 rebounds and 1.4 blocks in 23 minutes per game, many expected him to take a leap in his sophomore year with an uptick in playing time. Although his numbers went up slightly, his stats per-36 minutes stayed virtually the same. As a result, everyone expected the 2017-2018 season to be Turner’s big jump, his year as the centerpiece for the Indiana Pacers – except it wasn’t. Having suffered multiple injuries throughout the year, it seemed like Turner was never able to get into a rhythm. Turner’s per-36 numbers were again virtually the same as his previous two seasons except for an increase in three-point attempts.

For the Pacers, last season was more about the emergence of Victor Oladipo as a bonafide star and the surprising production the team received from Domantas Sabonis, who many thought was a mere afterthought of the trade that sent Paul George to the Oklahoma City Thunder. The team itself was an afterthought in the weak Eastern Conference, but finished the season with 48 wins and produced a more exciting brand of team basketball that many didn’t think possible.

Turner just recently signed a four-year extension worth $72 million. The Pacers are obviously high on his potential and fans can only hope the money doesn’t counteract his productivity on the court.

On the defensive end of the floor, Turner will be expected to anchor the defense, as he is a very good rim protector. The knock on Turner in previous seasons was his inability to bang with stronger post players. But during the offseason, Turner has spent time in the gym (and on the yoga mat) strengthening his body while also being conscious of his diet. His ability to switch out onto guards, however, will determine how well the Pacers will be able to defend. Although Turner is long and somewhat mobile, he still looks a little awkward and flat-footed when he has to defend guards out on the perimeter. If Turner can demonstrate his ability to defend big bodies and the pick-and-roll, he could be in for All-Defensive Team discussions.

Offensively, Turner has shown that he’s a reliable threat to pick-and-pop, but his post game still needs a lot of polish. Despite this, his post-up game won’t be heavily relied upon in the offense, as his ability to space the floor creates more room for guys like Oladipo and Tyreke Evans to operate. Also, despite taking more 3-point attempts over the past two seasons, Turner’s offensive rebounding numbers have stayed consistent. Besides, Sabonis is a more polished threat down low, so there’s no point having Turner down there to crowd the paint.

If Turner can be a reliable second option to Oladipo, the Pacers could potentially surpass their win total from last season and move up to fourth in the East behind the Celtics, 76ers, and Raptors. But as illustrated earlier, Turner’s per-36 numbers have been identical the past three years, and if this season doesn’t prove to be any different, the Pacers might just regret giving Turner that contract extension.