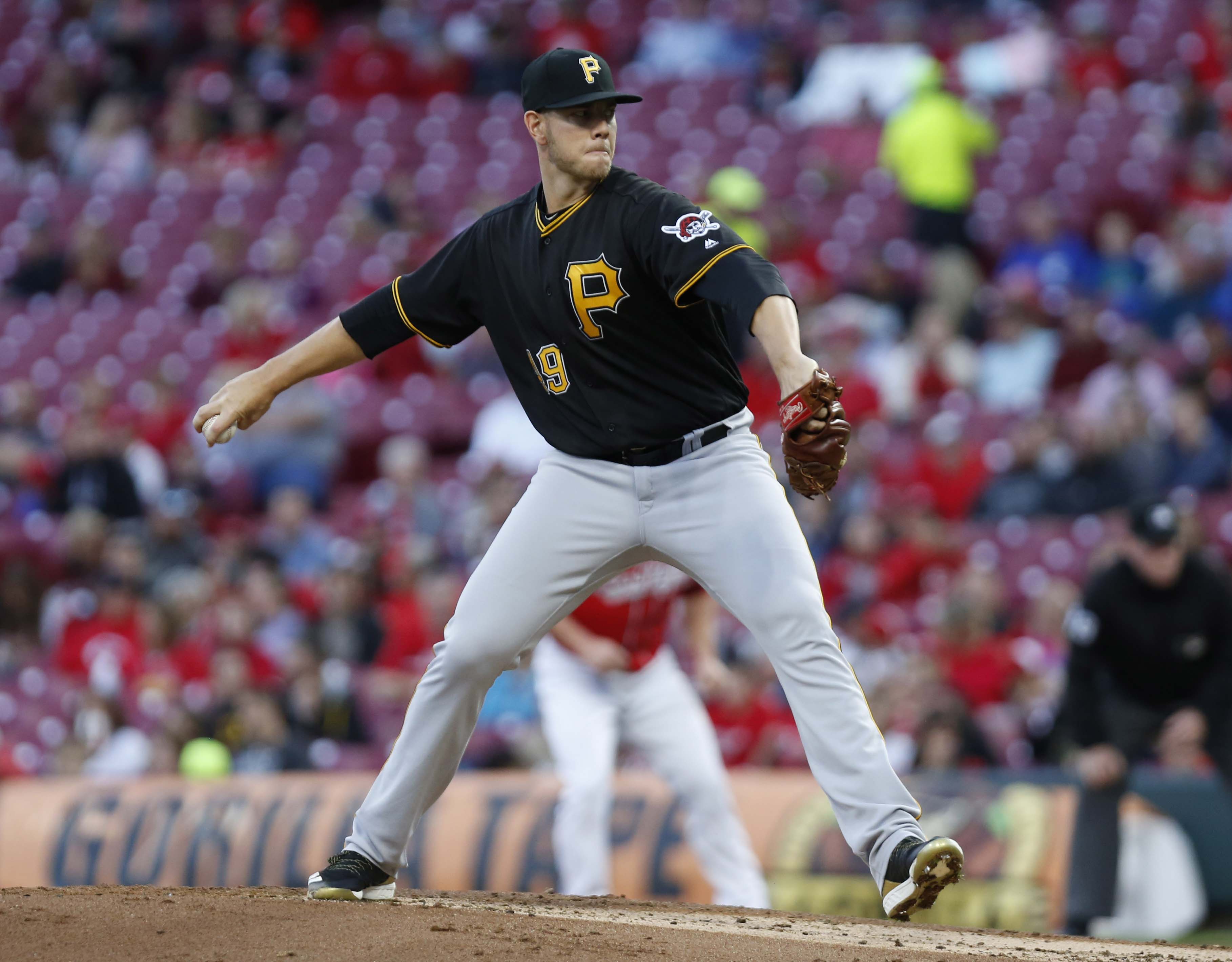 There’s many ways to build a baseball team – through the draft, free agency, trades – but having a strong farm system is always a nice added bonus as it allows for more depth and trade options.  Unfortunately for the Pittsburgh Pirates, their farm system isn’t strong.  It’s a rather average system using the Fangraphs rankings(the ranking that will be used in this post and further posts related to reviewing the Pirates prospects this past year.

The start of the series focused on guys who were off the list at the end of season with some reason, likely a trade or graduating.  The next two parts will take a look at Nick Kingham and Jordan Luplow, two players who weren’t on the list to start and would have graduated by the end of the year.  Both players were listed as “other prospects of note” before the year began.

Overall, Nick Kingham made 13 starts for the Indianapolis Indians and 15 starts (18 games) with the Pittsburgh Pirates as he fluttered up and down the system throughout the year.  He has no options left so the Pirates will have to make a decision on the soon to be 27-year-old.

Part of that could be the up and down between Triple-A and the Major League level, but Kingham still struggled regardless of the reasoning.  Alex Stumpf at The Point of Pittsburgh suggested in July that Kingham could use an opener, but Kingham still had a 4.43 ERA and a 5.41 FIP.  An opener wouldn’t have helped him much.

Kingham pitched poorly, but given his pedigree he’s still likely a Major League arm in some capacity, despite the struggles in 2018.  However, where does he fit on the Pirates with no option remaining, with Clay Holmes being the most likely player to fill the 2019 Nick Kingham role?

The rotation is set with Taillon and Archer at the top, followed by Musgrove, Williams, and Nova.  Unless the Pirates look to dump Nova and his $9 million (a reasonable amount for a veteran reliever whose been around a 1.5 WARP pitcher in Pittsburgh if given 32 starts a year), there’s no spot readily available.

The natural second option would be the bullpen, but Vazquez, Kela, and Crick have the backend.  Rodriguez will look to move up a spot/get the Pirates out of trouble and the club will look to fill Santana’s spot.  That leaves two spots in the bullpen, one which will likely go to a left-handed pitcher and then perhaps a long man.

The Pirates don’t believe in LOOGY’s, so if Brault is the left-handed pitcher, that also takes care of a pitcher who can give length if the starter struggles or the game goes long.

The roster crunch will be fascinating this offseason for Kingham’s future.  He has no spot in the rotation, especially with top pitching prospect Mitch Keller being on the verge of a callup.  The bullpen has a solid core of four with a likely free agent replacing Santana with two spots.  Given the struggles that Kingham showed in 2018, maybe it’s best to part ways in either trade or try and bring him back on a minor league deal.  Regardless of what the future holds, it was a rough year for the righty.