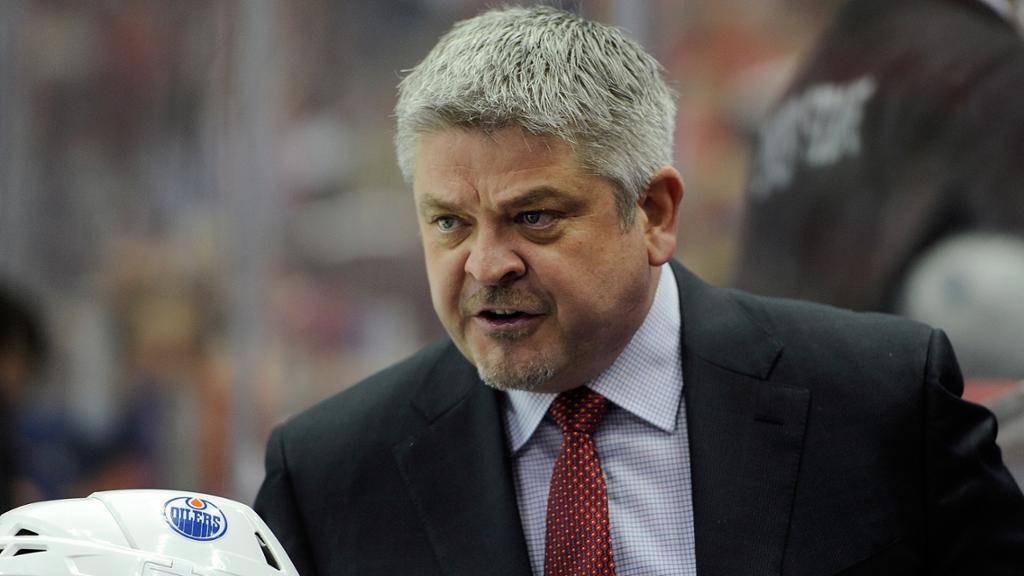 I’ll give Todd McLellan credit for listening to his players. They, led by Connor McDavid, were quite vocal about not wanting their lines split up and wanting consistency. There is certainly value in that. Consistency with the lines allows players to build chemistry and, in theory, play better.

For the Oilers, that simply did not translate. Edmonton won in New York Saturday, but when McLellan changed the lines up after 40 minutes in Winnipeg on Tuesday it was clear he had to do something. For the third time in four games, the Oilers were getting run out of the building. The Jets were dominating and Edmonton couldn’t get anything going.

That all changed because of McDavid’s sensational 20 minutes in the third, but the second line showed life when Jesse Puljujarvi made his way up with Leon Draisaitl and eventually Drake Caggiula.

Although Milan Lucic and Kailer Yamamoto are likely to be disappointed by their trip down to the Strome line, odds are that is a move that will benefit both of those players.

The lines Todd McLellan used in practice yesterday are the optimal ones, and they should get a look tonight when the Bruins come calling after a tough loss to the Flames less than 24 hours ago.

Alex Chiasson has yet to make his Oiler debut, while Caggiula was not skating yesterday. I’d wager that if Caggiula plays tonight he will slide into Rieder’s spot while Kassian sits and Khaira flips from left wing to right on the fourth line.

I love the four lines above for a few reasons. At the top, Edmonton’s first line has been good this season and stole them a point on Tuesday. Let them keep wheeling, there is no need to split them up at this point.

The Oilers need Draisaitl to produce if they are going to make the playoffs. He’s their $8.5 million man and he needs to anchor his own line. He’s a terrific player, and I still believe he is capable of pushing the river. He needs good linemates, though, and I don’t think he has gotten a lot of help there so far this season.

Puljujarvi plays a similiar style. He’s a responsible forward with a high level of skill, size and speed. I think they fit well together, and JP has a history of playing his best hockey when placed with skilled players in the top-six. They looked great together in a very small sample Tuesday night. Rieder has the speed to keep up and enough skill to survive, plus is sensational when it comes to the two-way game. I really like the look of this second line.

Strome is a fine third line center, and gets a skilled winger in Yamamoto and a player in Lucic who has actually played fine hockey through four games this season. I think Milan looks quicker and a lot more engaged this season, and he’s been better with the puck than a year ago. As a soft minutes trio, this group could actually do some damage.

The fourth line would ideally see Kassian sit and Caggiula enter the lineup. Khaira and Brodziak are fine two-way forwards, while Caggiula has the speed and skill to be a dangerous depth player. I don’t like Drake higher up the lineup, but he’s perfect as a scoring threat on line four.

It sounds like Caggiula will jump onto the second line should he be able to go tonight. I understand why Todd would do that, Caggiula has worked his tail off since returning and has been giving the club the effort they are looking for. That said, I think Rieder is a better fit with Leon and I’d love to see them get a few games together.

The lines Edmonton rolled out on the road trip were not working. I’d argue the team is fortunate to be coming home with a 2-2-0 record. Too many players were in spots that simply did not make sense and didn’t fit. Yamamoto is a good player, but he simply isn’t ready for the top-six yet and his style does not mesh with Draisaitl’s. JP is a far better fit, and I suspect we see better results.

Players like Yamo, Lucic and even Caggiula are good third and fourth liners, but had been asked to play higher up in the order. Giving Yamamoto and Lucic time on a soft minutes third line can only help. With lesser matchups, I suspect they will have greater success when it comes to production.

The key thing for the Oilers is that their coaching staff is learning. Far too often, Todd McLellan has been stubborn and has not learned from past failures and mistakes. It took him four games, not an overly long time, to figure out his lines were not working. Now, he’s going with a far more optimal group and I expect it to lead to better showings by this hockey club.