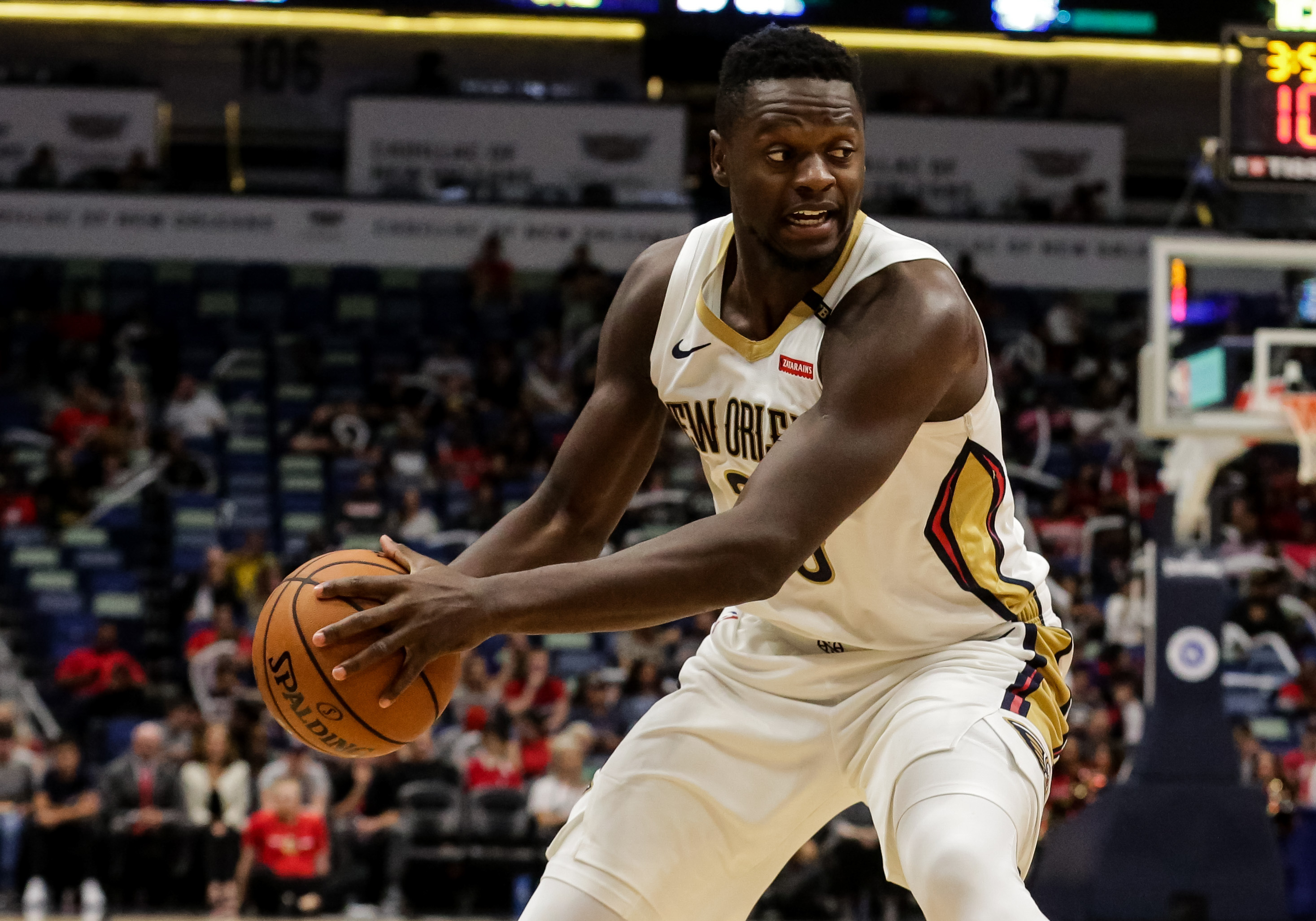 #NBATwitter is at its finest during the first and last week of the season. This year, there is a different kind of troll on Twitter. This troll is the one who will says things like…

“I will NOT overreact to the first week of the season because I am NOT a #casualfan.”

“Here we go, now everyone will start making their Kembaisatopfive point guard case.”

“ALREADY tired of the #LeBronforMVP narrative and it’s been one game.”

Well guess what, I AM going to be that guy.

Although the 2018-19 season has been alive for two days, there are some things we can observe and report on. I’m talking about 3-point shooting bigs, baby. Who are the guys who spent all summer working on their trey ball and are ready to show it off? You know, the guys who make us say, “Hold up, when the hell did this happen?!” The Jonas guys. The Aron Baynes guys. The *gulp* DeMar DeRozan guys. Allow me to enlighten you.

If you weren’t already scared of the Brooklyn Nets towering center, well, now you should be. Allen went 2-3 from deep during his season opener. But, this is no fluke. Allen spent his summer working on his 3-point shot. Don’t believe me? Check out Allen draining a corner three during the 2018 Summer League.

If JA can take around 3 3-pointers per game for the entire year, and hit between 31-33 percent of his shots, then we are all done for. To be clear, do not expect Allen to hit north of 34 percent from deep. It takes years for some big men to learn how to consistently drain three-balls. But if anything, Allen is already trending in the right direction.

Allen was not the only center in his game who tried to show off their new 3-point prowess. Andre Drummond, who had reportedly been working on his jumper, attempted 3 shots from behind the arc, and canned one of them.

And guess what…it didn’t totally suck… Watch the clip from his opening game versus the Nets. Drummond jumps too far forward, but his upper body forms looks okay. The bench goes nuts too! This could totally take my beloved UConn alumni’s game to the next level, and have people talking about him as a top 15-20 player. Remember, Drummond became one of the League’s more potent passing bigs last year, and has his eyes set on improving another area of his offensive game. Do not doubt him.

Before the season started, I had a gut feeling that LeBron and the Lakers may miss Randle. Still, letting Randle walk is an easy price to pay for landing The King. Randle only took 45 treys last season, and emphasized being the most efficient player he could be. It worked. He shot 55 percent from the floor last year, and had a 60 percent true shooting percentage.

Will this gamble work out? Randle turned his career narrative around last year, and became a covetable asset. He did so by taking shots near the paint; something he excels in. Will this new offensive mindset alter Randle’s game for better or worse? Take a look at his 3-point shots from his first game of the year and decide for yourself.

During his first made 3-pointer, Randle doesn’t look pretty. His left foot flares forward, the ball dips too low, and I don’t know what the hell his right (non-shooting) hand is doing. But, the ball goes in.

On to 3-pointer number two. In this clip, Randle again dips the ball too low. Do not be too alarmed by his body positioning, however. Most lefty shooters point their body this way during jump shots. If you don’t believe me, then watch some IT clips.

The verdict? It isn’t pretty, but Randle made half of his four 3-point attempts. Regardless of his form, Randle has an undeniable touch. Expect him to shoot around 32-34 percent from deep this year but on less than 4 attempts per game. Yet, if he slumps at any point, do not be alarmed if Randle abandons his 3-point shot altogether.

View all posts by Matt Esposito
Read next 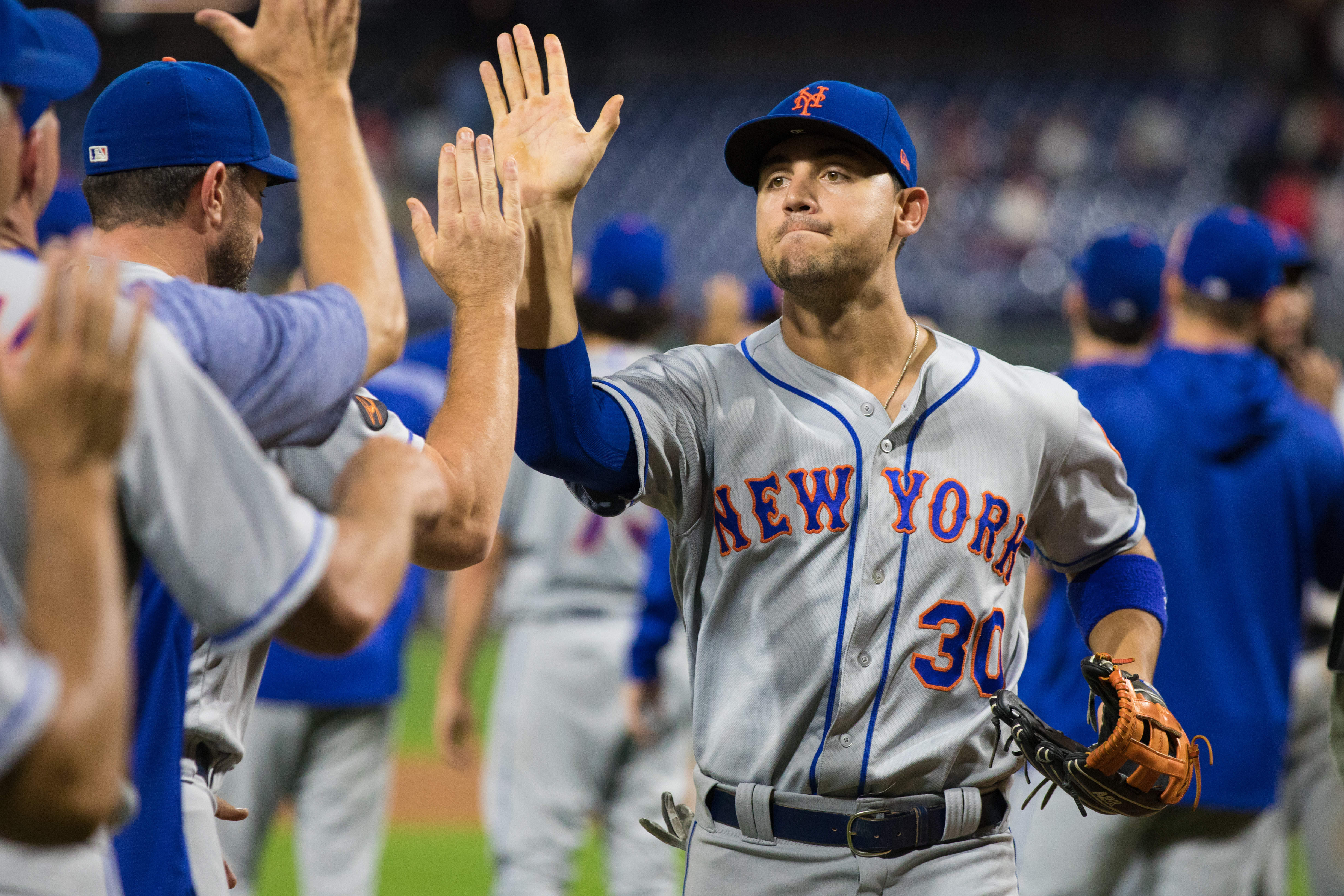 Now that the 2018 season is over for the New York Mets, we have been looking back at the year that was. After taking a...