Larry Fitzgerald Should Change His Mind and Demand a Trade 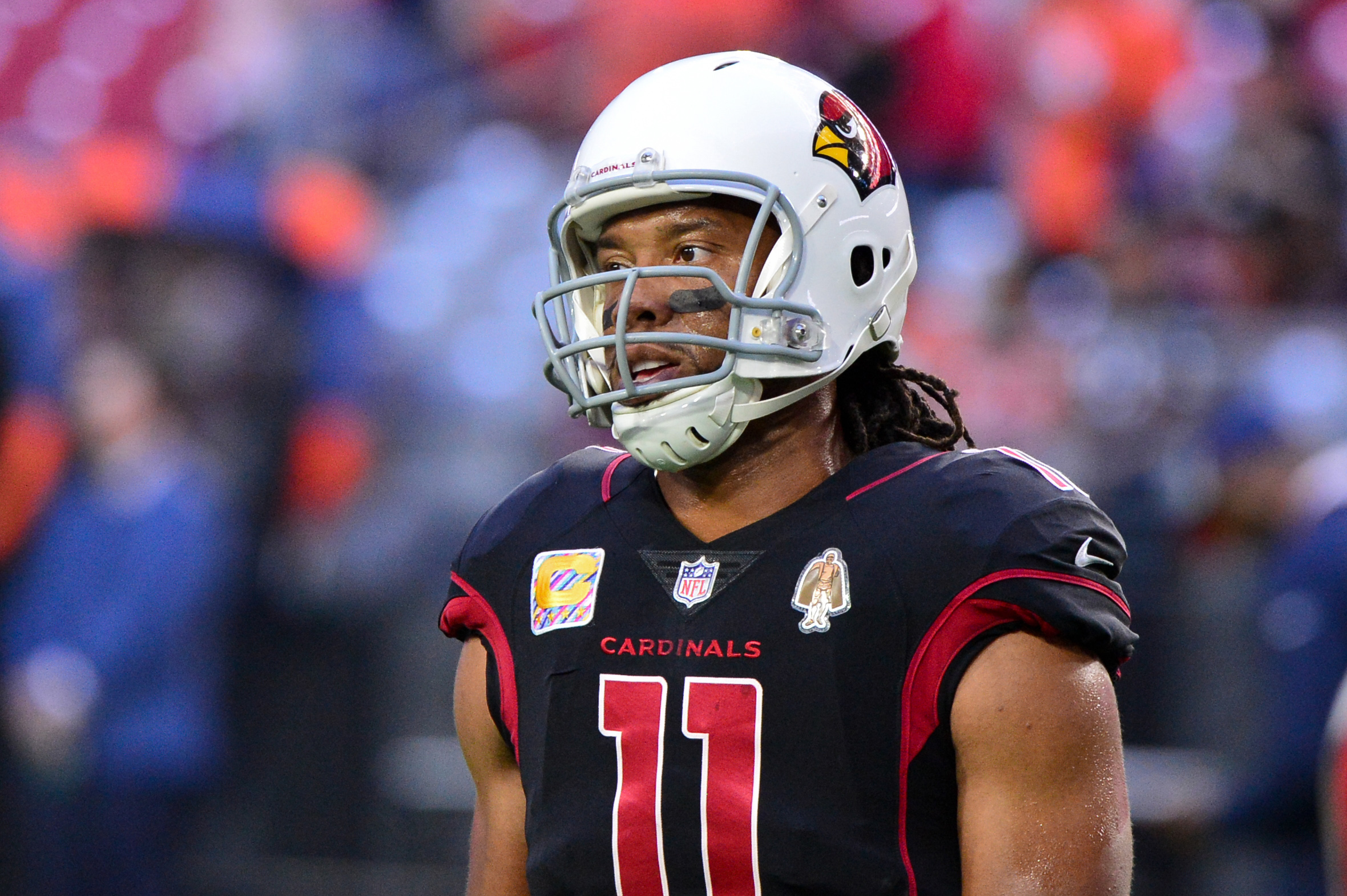 Larry Fitzgerald Should Change His Mind and Demand a Trade

The Arizona Cardinals aren’t having the season that they have had in mind heading into the new league year. Changes were necessary after Bruce Arians and the Cardinals mutually split, Carson Palmer retired, and Tyrann ‘The Honey Badger’ Mathieu was released after refusing to take a pay cut.

With all of the recent changes in Arizona over the last few months, one guy wanted to stay true to his roots. That guy, is the 35-year-old veteran wide receiver, Larry Fitzgerald.

The wideout has spent every single snap of his career in a Cardinals uniform. Since 2004, Fitzgerald has been a handful to opposing secondaries, and he will undoubtedly go into the Hall of Fame as one if not, the most beloved Cardinals player of all time. To this day, Fitzgerald still has some gas left in the tank. But unfortunately, all of his energy is going to waste.

Why is Fitz Sticking Around?

As Arizona holds on tightly to Fitzgerald, he’s right where he wants to be. The veteran wideout made it very clear that he doesn’t want to play in another city. It’s understandable, but it’s also not fair to himself. Fitzgerald is an eleven-time Pro Bowler, who hasn’t had the opportunity to win a Super Bowl.

Through seven weeks, the Cardinals have one win. They are onto their rookie quarterback, who is hitting his rookie wall early on. Their offensive coordinator has been relieved of his duties, and Fitzgerald is dealing with nagging injuries on and off, despite not missing a single game.

There are playoff contending teams around the league who could use Fitz on their roster. Sure, it wouldn’t be the team that he’s trying to remain loyal to, but it really isn’t fair for the legend. Larry’s talents are wasting away in Arizona, and the Cardinals just don’t have what it takes to give him a fair shot at a Super Bowl ring this season.

Looking at Fitz’s stat sheet, this will be the season that his numbers take a hit, and it has nothing to do with him. The situation is bad. The Cardinals are turning the page, and Fitzgerald shouldn’t let it all end like this. In my opinion, Fitzgerald should have a sit down with the Cardinals front office and ask nicely for a trade. Everybody will understand.