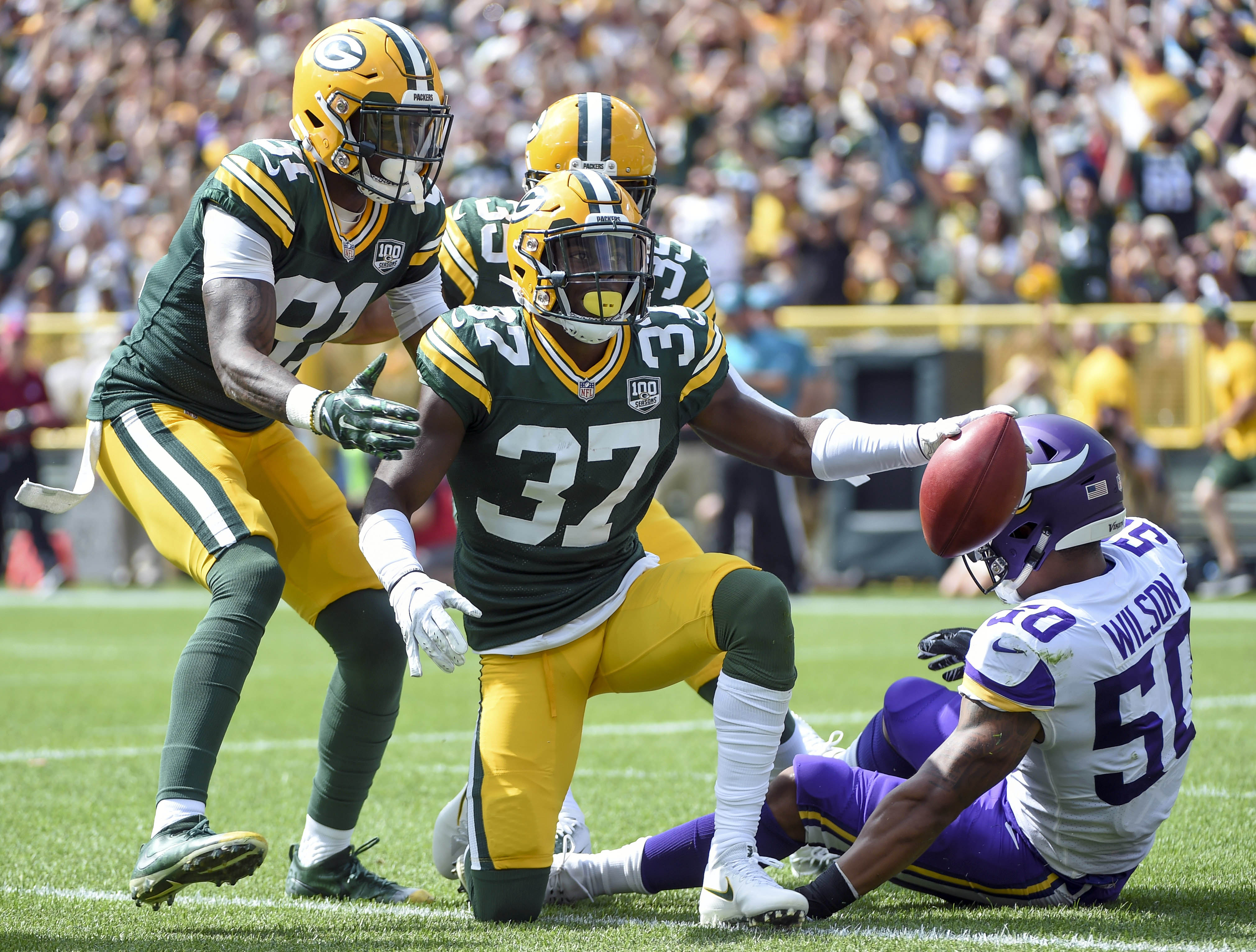 The Packers defense has been a disappointment through the first six games. While it was expected it would take some time to get comfortable in Mike Pettine’s new system, this unit has struggled for most of the season to consistently stop opponents.

The defense has allowed too many big plays while failing to produce enough turnovers. While there have been sacks, almost all of them have come from coverage rather than pass rushers beating their blockers with a good move.

There is room for improvement from this defense. Thus far, the defense appears to be better than last year’s unit, but not significantly so. There is reason for hope, but the Packers will need better performances from key players in the final 10 games if they hope to compete for a playoff spot.

Grades here are based on a combination of expectations and performance. Grades are listed for units with individual players being discussed in each group.

The Packers have struggled to stop the run this season. Expectations were very high that the team would be among the better run defenses in the league. As of now, the Packers rank 19th in rushing yards allowed per game. However, they are allowing an unacceptable 4.5-yards per attempt.

The team’s failure to stop the run was particularly glaring against the 49ers on Monday night. Until the closing minutes, San Francisco was almost able to run at will.

The Packers had expected Mike Daniels to take a step forward and become an elite player this season, but Daniels has been invisible for long stretches. He has been credited with only 10 tackles and isn’t penetrating to make plays like he did in the past.

Muhammad Wilkerson showed flashes during his three-game stint before being lost for the season but wasn’t making a large impact. Dean Lowry stepped in and replaced Wilkerson. Lowry is workmanlike and steady but doesn’t make many impact plays.

Montravius Adams has barely seen the field and the coaching staff still doesn’t think he’s ready for regular duty on defense. He’s made one tackle in limited action.

The Packers need more at the point of attack from this group and desperately need Daniels to return to last year’s form.

The Packers need more from their OLBs and edge rushers, Clay Matthews and Nick Perry. Matthews still has more roughing the passer penalties (three) than sacks (1.5). Even if some of those calls were unfair, Matthews isn’t getting pressure on the quarterback consistently.

Perry knocked down three passes against San Francisco, but he also has only 1.5 sacks, hardly a fair return for a player with a cap hit of $10.75 million. The Packers need an edge rusher who can provide pressure and neither Matthews nor Perry has done the job with any regularity. Reggie Gilbert hasn’t added much pass rush while Kyle Fackrell had a strong game against Buffalo but has done little in the other five games.

Blake Martinez still leads the team in tackles, but too many of them have been made well behind the line of scrimmage and after the opposition already made a substantial gain. Martinez is a key to the effectiveness of the run defense and thus far he hasn’t gotten the job done consistently this season.

Oren Burks is still learning after missing the first two games of his rookie season due to a shoulder injury. He has the speed and skill set to be a solid cover linebacker but has trouble getting off blocks in the running game. The Pack hopes he shows improvement over the second half of the season.

Antonio Morrison hasn’t made many impact plays. He showed why the Colts were willing to let him go. He’s capable of filling a spot in the lineup but you won’t notice he’s there if you don’t watch the game film carefully.

The Packers have been pleased with the play of top pick Jaire Alexander when he’s been healthy. Alexander is a ball hawk who has been strong in coverage most of the time. He’s still prone to make some rookie mistakes, but his potential is undeniable, and the defense will rely on him more as he gains experience.

Kevin King has been the Packers most reliable cover corner when healthy. The problem remains keeping him on the field. King has missed two games and parts of others and the Green Bay secondary misses him when he’s not in the lineup.

Josh Jackson has shown a lot of potential in his rookie season, but still grabs opposing receivers a bit too often and gets called for penalties as a result. He must unlearn this habit to fully realize his vast talent.

Tramon Williams adds experience but no longer has the speed to stay with top receivers. There are rumors the Pack may move Williams to safety next season. He remains a useful player to keep around but should be seeing less action as Alexander and Jackson gain more experience.

Bashaud Breeland has yet to see game action due to injury. He should add depth to the unit after the bye.

Safety has been a problem area for the Pack. Ha Ha Clinton-Dix leads the team with three interceptions, but he has also given up too many big plays. Clinton-Dix takes poor angles on tackles and doesn’t always make the right read in coverage. He is playing better than he did last season but has not lived up to the promise he showed during his Pro Bowl season of 2016.

Kentrell Brice has been a problem all season. He has taken poor angles on tackles too often and he has been burned in coverage more than any other starting DB.

The coaching staff won’t give 2017 2nd-round pick Josh Jones much playing time on defense. He is clearly frustrated but needs to earn his spot in the lineup.

Jermaine Whitehead and Raven Greene do most of their work on special teams.

Aside from one disastrous game against Detroit, Mason Crosby has kicked well this year. He certainly bounced back with a clutch performance in Week 6 against San Francisco.

Punter J.K. Scott is averaging nearly 46-yards per kick and has placed eight boots inside the opponent’s 20. He needs to prove he can handle kicking in the cold later in the season, but so far, he’s been an upgrade at punter.

None of the returners have outstanding numbers, but several long runbacks by Ty Montgomery have been called back by penalty. The Packers need to reduce holding and illegal blocks in the back on returns. They currently rank 27th in the league in this category.

The coverage teams on returns need some improvement. Too often opponents have gained valuable field position running back kicks.