Wizards fail to rebound in season opening loss to Heat 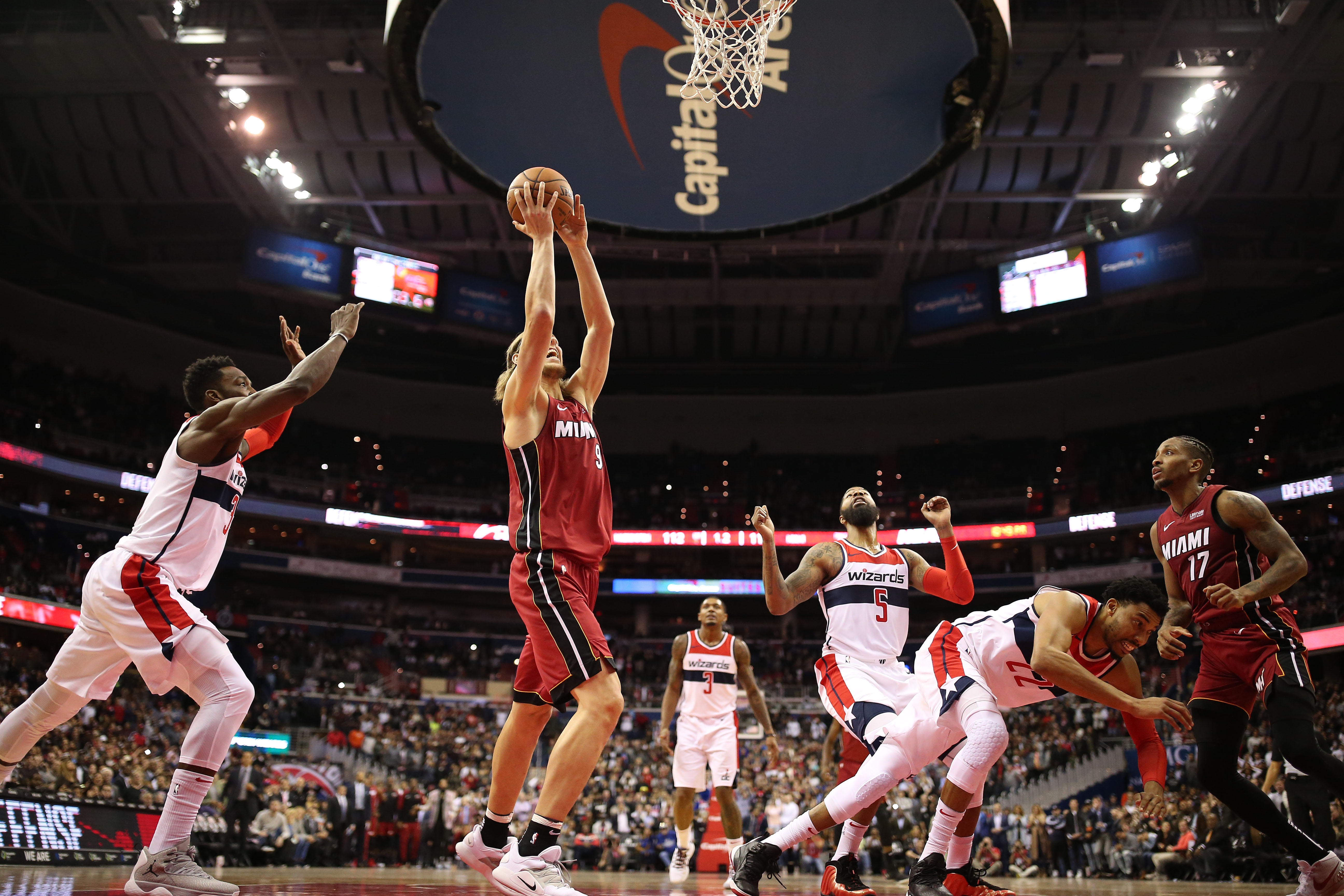 Wizards fail to rebound in season opening loss to Heat

The Washington Wizards of last season frequently lost games that they should win, specifically against sub-.500 teams. The Miami Heat will probably not end being a sub-.500 loss later in the season but this is a game that lost but should have won. The road team was playing the second leg of a back-to-back and were without Justise Winslow, Wayne Ellington, James Johnson and Dion Waiters. In front of a “sellout” crowd, the Wizards more-or-less shit the bed in their season and home opener. To add insult on top of the loss, it was none other than Kelly Olynyk, also known as Larry Bird in Game 7 two seasons ago, that had the putback layup to hand the Wizards the L.

Dwight Howard missed the first game of the season despite taking part in the last three practices fully and Thursday morning’s shootaround. The Wizards were airing on the side of caution, which is probably the correct move. That being said, they sure as heck could have used him. The Miami Heat had 55 rebounds including 22 on the offensive glass. The road team only shot 39.2 percent from the field (and it is tough to win when shooting such a percentage), but when you get 97 field goal attempts, 16 more than their opponent, things balance out. Miami cashed in the 22 offensive rebounds into 27 second-chance points compared to Washington’s 10. The Wizards poor rebounding, partially due to small ball lineups given foul trouble for Ian Mahinmi, Jason Smith, and Markieff Morris, was the biggest reason for their opening night loss.

That narrative has already been beaten to death. Washington was an elite three-point shooting team last season from a percentage standpoint but was near the bottom in the NBA in attempts per game. They want to change that. In the preseason they launched 36 from deep per game but only made 10 of them for an unastounding 27.8 percent. Against Miami, the home team shot just 26.9 percent (7-for-26) despite good looks from beyond the arc that were not forced. Otto Porter Jr. who Scott Brooks is begging to take more three-pointers did not take a single one for the first time in his career when playing 34 or more minutes. Bradley Beal was just 2-for-7, John Wall was just 1-for-6 (compared to 8-for-10 inside the arc), and Austin Rivers was 0-for-3 (compared to 4-for-4 from two). Maybe some of Beal’s struggles were from inconsistent playing time as he was battling foul trouble for most of the game although he probably would not blame it on that. Small sample size compared to last season, but something to be wary of as things continue.

Did the Wizards hit the jackpot on signing a backup power forward for the veteran’s minimum two years in a row? I thought there was no way that Green could live up to the production that Mike Scott provided last year but one game in and Uncle Jeff has done his part. In 33 minutes off the bench, the former Hoya had 17 points on 6-for-12 shooting and four rebounds. Green played more than the centers, Mahinmi and Jason Smith (27 minutes), combined. Granted him playing small ball with Markieff Morris, the lineup on the floor to end the game, probably led to some of the poor defensive rebounding, but it was a lineup that looked solid if they can clean up the rebounding.

Next Game: The Wizards will host the Toronto Raptors on Saturday after the defending regular season Eastern Conference champions face the Boston Celtics on Friday. There will be no DeMar DeRozan but there will be Kawhi Leonard at Capital One Arena. Obviously, it is not a must-win game, but starting a five-game West Coast road trip 0-2 will not be pretty.