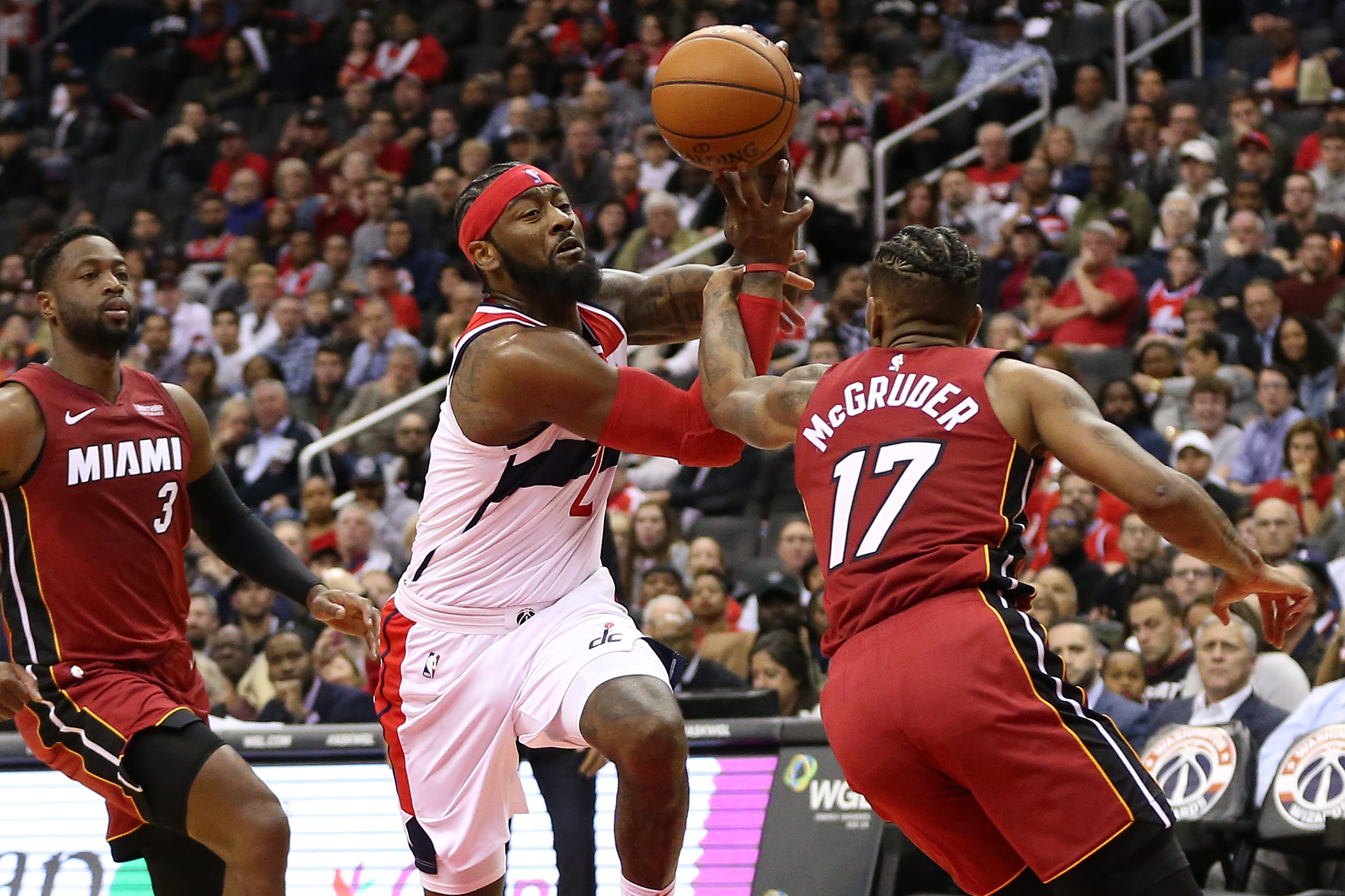 The Washington Wizards dropped their season and home opener against the Miami Heat on Thursday night. You can read our three takeaways from the contest here. Below you will hear what the likes of John Wall, Bradley Beal, Otto Porter Jr., and Markieff Morris had to say.

On the little things not getting done:

“There’s no excuse for it. We executed a lot. What we did defensively in training camp we did pretty well – preseason we did [well]. We were guarding the ball very well except for times where we just got beat one-on-one. Too many fouls early on putting them in the bonus and not understanding we’re in the bonus. We had some big opportunities at threes we didn’t make, but they made more than us. But you look at offensive rebounds [and they] probably wouldn’t even be in the game.”

Reporters, beware of using ‘trust the process’ in questions:

On the defensive rebounding not being good enough:

“That is the reason we lost – defensively. Granted the play at the end, but throughout the game we started off great with energy and locked in. As the game went along, we kind of let that fade and they kind of were the aggressors. They ended up beating us up on the boards, which if we are going to play small which is something that we want to do and preach about, we have to rebound. Plain and simple. All five, myself included.”

Bradley Beal: "If we are going to play small, which is something we want to do and preach about, we got to rebound. Plain and simple, all five of us. Myself included." pic.twitter.com/4nwg246rMg

On getting into foul trouble but not approaching the officials:

Bradley Beal did not even ask about the foul where he got blew up at midcourt because "you're [officials] not going to change the call for me. … Go sit my ass down and be ready to come back in." pic.twitter.com/cXGGmTcYko

On if it was frustrating to lose to a Miami team on a back-to-back and shorthanded:

Otto Porter says it does not matter that the #Heat were on a back-to-back because "they gonna come out and play hard even if they're on a back-to-back. That's a Miami Heat team that's going to bring it every night and we kind of overlooked that."

That. Is. A. Problem. pic.twitter.com/5gqaTIOtPi

On the small ball lineup with him and Jeff Green on the floor:

“I love the lineup with me and Jeff because we can switch sides. I can guard centers, he can guard centers. We can get up and down the floor. Right now I think that’s definitely our best lineup.”

Despite poor rebounding tonight, Markieff Morris likes playing with Jeff Green: "I love that lineup. Me and Jeff, we can switch 5, Jeff can guard centers, I can guard centers. We can get up and down the floor. Right now I think that's definitely our best lineup to me personally." pic.twitter.com/S6hXJ7TiMm